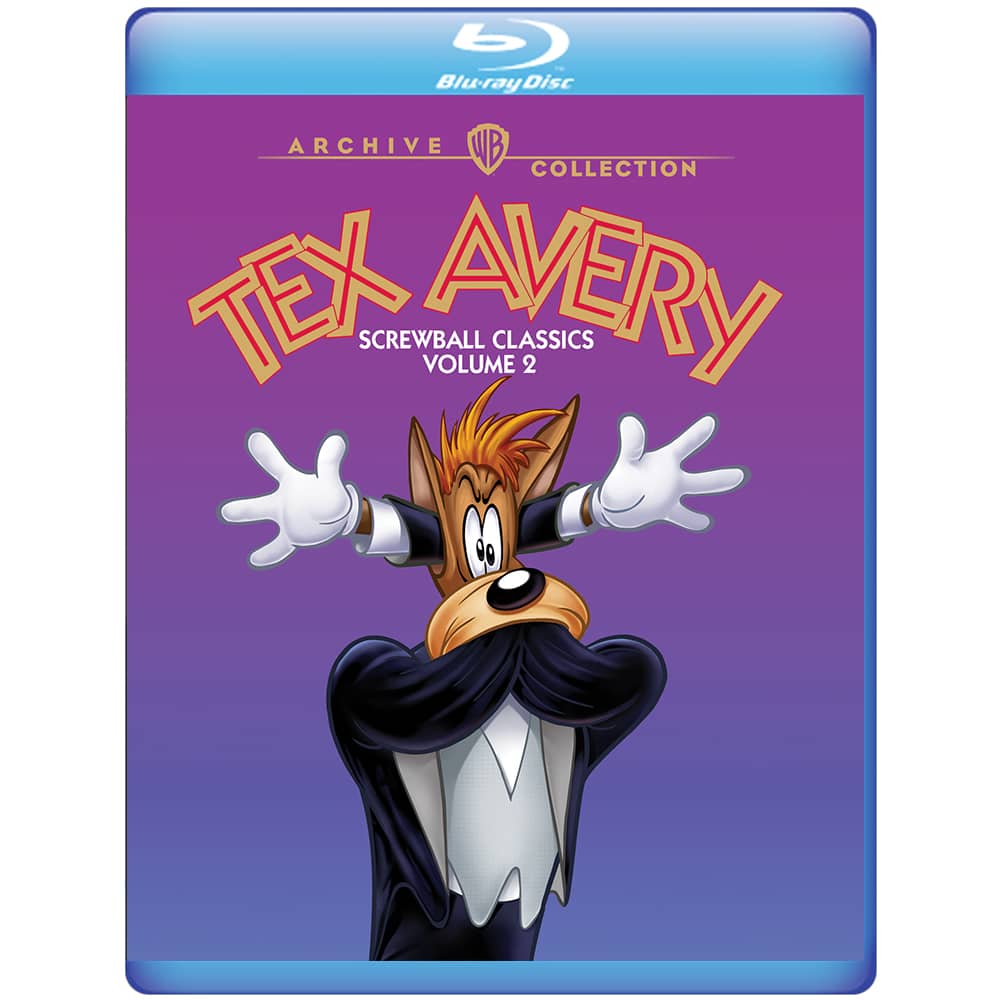 Welcome back for another three-ring circus of animated comedy from the legendary leader of cartoon fun – director Tex Avery. In the first ring, Avery serves up some of his finest one-shot creations: cartoons featuring cats who hate people, wacky cuckoo clocks, kooky cavemen and lovelorn French fleas. We also meet up again with Avery’s attractive Red Riding Hood, a pair of amorous wolves and his durable all-around fall guy, Spike. The second ring is a showcase for Avery’s ironically deadpan “Happy Hound”: Droopy. This time, Droopy appears in a number of guises – each one funnier than the last. As bandleader “John Pettybone,” he leads his jazz-playing fleas to the heights of canine stardom. Out West, as a homesteader and a sheepherder, he has his final showdowns with the Wolf. The third ring offers a whimsical glimpse into the future – or at least a future from the POV of the mid-20th century – with a plethora of zany postwar inventions. While none of the cartoons “of tomorrow” foresaw smartphones or Blu-ray players, these far-fetched contraptions, gadgets, houses and farms, televisions, and various modes of transportation could only come from the madcap mind of Avery and his MGM crew. Uncut, restored and remastered in High Definition for the first time, Tex Avery Screwball Classics Collection Volume 2 is another must-own collection from the master of hand-drawn mayhem.