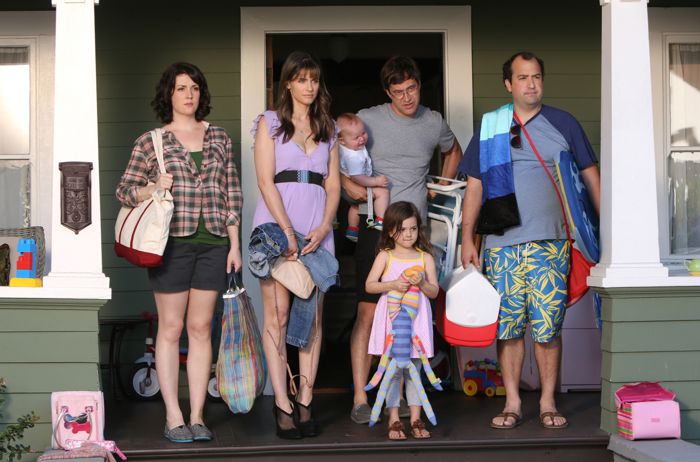 On Day 2 of the 16-day biannual Television Critic’s Association Winter 2015 Press Tour, Lifetime, Discovery Communications and HBO introduced their new programming, and the following are quick takes of their new and returning series.

Premiering on January 17th, the made-for-TV movie “Whitney,” directed by Angela Bassett, is a project that Lifetime was delighted to bring to the screen to honor the life of Whitney Houston. Offering a charming cast helmed by Yaya DaCosta (who portrays Whitney) and co-stars Alen Escapeta, Suzzanne Douglas and Yolanda Ross, “Whitney” looks to be a poignant showcase of a woman who rose up to become a modern icon on the strength of her spirit and amazing talent.

President and CEO David Zaslav was proud to announce that Discovery Communications launched more channels in last 5 years than rest of the other networks combined.  As it continues to expand, Discovery Communications has found that viewers are still willing to discover new shows.  Six years ago only Discovery spent over $500 million on content.  Today, its spends in excess of $2 billion on its original content.  As more people are spending time with Discovery’s shows in U.S. and around the world, its combined channels increased 20% outside of the U.S. last year.   So in keeping with their tagline: “The sun never sets on the world of discovery,” Discovery aims to ensure that it is meeting the demand for its content.  It is currently the  #1 distributed brand in the world, the #1 fastest growing international channel, #1 network in Asia.   Discovery Communications offers 13 brands/channels in the U.S., including:  OWN, EuroSport, Science Channel, TLC, Discovery Life, American Heroes,  ID, and Discovery Channel.  Discovery Communications is the #1 pay-programmer in the world and it owns all its content (worldwide).  Interesting, as its global reach expands, Discovery makes more money outside U.S. and employs more employees outside the U.S. than ever before.  As an international player, Discovery has been able to achieve more global scalability, rapidly.  It found getting into sports business last year has paid off.  It now has the largest sports platform in Eastern and Wester Europe.  It has also been picking up sports rights as content that it can go directly to the consumer with.  Currently, its EuroSport App costs only $7 per month and the app works right on your phone.  Discovery believes that the biggest piece of its success is the creative talent it has attracted and by broadening their network’s appeal.  Right now, Discovery is the #1 most valued channel in America.

Noteworthy from 2014:  Tyler Perry’s “The Haves and Have Nots” (airing on OWN) pulls in 24% of the African American women audience, making OWN the top network for women on Tuesday nights.

Rita Mullin, President of Science Channel, noted that viewers’ fascination with science is on the rise.  In fact, the Science Channel’s had a record-breaking ratings month in December 2014.  It was most watched month in the history of the network.  Contributing to that success is Morgan Freeman’s “Through the Wormhole.”  Coming in 2015, one of Science Channel’s new shows is “How It’s Made,” which explores how things are actually made and work — as, apparently, inquiring minds want to know.  It is Science Channel’s goal to bring smart and entertaining programming.  In effort to do both, returning on the Science Channel is “Outrageous Acts of Science,” where a team of scientists analyze crazy video stunts, and “All American Makers,” where a panel of inventors and investors determine if a product is in fact the idea and investment of a lifetime.

Also coming in 2015, Science Channel introduces the new series”What Could Possibly Go Wrong?” which uses science to look at the “how and why.”  Mark your calendars for the premiere of “What Could Possibly Go Wrong?” on February 7th.  One of the things “What Could Possibly Go Wrong?” will feature is a trash-can rocket, which from the previews looked pretty hysterical in the mishaps and misadventures that ensued.  When asked about one of his own personal misadventures of his youth, co-host Grant Reynolds laughingly admitted to putting a running lawn mover in a pool, when he was 8 years old, thinking it would work like a motorboat.  He ruefully admitted that in hindsight that was not a good experiment at all and was nearly grounded for life for that stunt.  When asked what was the best experiment from his childhood, he said:  the rocket-skateboard.  On the show, apparently a slip-n-slide has been the most dangerous experiment they have tackled, which resulted in a broken rib and a head injury.  One of the quickly nixed ideas for the show was an experiment where they would go swimming with sharks.  Apparently the Science Channel execs who felt that was too hazardous of an experiment to try.  (Personal observation:  From the looks of it, “What Could Possibly Go Wrong?” should be mandatory viewing for teens with the cautionary note that it is “not safe to try at home.”)

Coming in 2015, the Learning Channel is debuting “My Big Fat Fabulous Life,” showcasing the real life of YouTube dancing sensation Whitney Thore.  After hearing Whitney Thore speak about challenging life, it is easy to see that this series will be inspiring.  Whitney’s love of dance and willingness to show that women of any size can dance and love their lives is both courageous and admirable.  The show should resonate and attract a devoted audience who wants to share in her infectious love of life.

Discovery Communications new channel Discovery Life debuts January 15th and promises to be filled with humor and heart.  It aims to showcase people who persevere through life’s most unexpected challenges, and all the laughter and the tears that go with that.  Some of the new TV series to be featured on Discovery Life include: “Outrageous Births,” “World’s Worst Mom,” “The Mistress” (she helps other women discover the courage to leave and get on with their lives), “Tales from the Crib,” and “50 Ways to Kill Your Mother” (features the misadventures of a son who takes his mom around the world to fulfill her bucket-list).  (Observation:  Don’t we all wish for a relative that would do this for us!)

After a history of stunt programming (“Mermaids,” “Finding Bigfoot,” “Eaten Alive”), for 2015, Discovery Channel seeks to move away from stunt programming and has committed to developing two new scripted series, one of which will have a historical focus.  As announced by new President Rich Ross, it is Discovery Channel’s intent to offer more authentic shows in 2015 and reestablish itself as a more credible network with a focus on offering true information which can be entertaining as well.

HBO announced pickup of “Real Time WIth Bill Maher” for two more seasons, and because fans have been chomping at the bit for the return of “Game of Thrones,” “Veep” and “Silicon Valley,” all return Sunday, April 12th.

HBO’s new film “Bessie” stars Queen Latifah as the legendary bisexual blues singer Bessie Smith.  The film sizzle reel was rich in visuals, vocals and the vicariousness of Queen Latifah as she gloriously glides through each scene.  Known as the Empress of the Blues, Bessie was a larger-than-life woman who believed she could have it all and did. Fortunately, the film appears to capture the audacious attitude and triumphant soul of Bessie.  Look for “Bessie” to premiere in Spring 2015.

HBO’s new series “Real Sports With Bryant Gumbel” is a surprisingly hard-hitting investigative journalism series.  It unflinchingly uses sports as vehicle to expose issues that would remain unsaid.  It aims to explore the seedy underbelly of the sports world — and bring about meaningful change.  (Personal observation: stay out of the cross-hairs of Bryant Gumbel, he will not stop ’til he exposes all your deep, dark secrets to the entire world. By far, this most terrifying new series previewed at TCA so far.)

Coming summer 2015, HBO’s new series “The Brink” comes with the appropriately flippant tagline: “Welcome to a world of trouble.”  Starring Jack Black, Tim Robbins, Carla Gugino, the series is a ribald political dramedy focusing on the festering geopolitical issues about to erupt in the Middle East. Very tongue-in-cheek and pointedly skewering the U.S. government in its portrayal of characters and the outrageous situations they find themselves in, “The Brink” is unafraid to laughingly depict inept and self-serving characters who are on the verge of causing World War III.  (Personal observation:  “The Brink” will be a test of whether viewers today are ready to watch a “Mash”-like comedy.  Can viewers find humor in Middle East tensions?)

Hopping right onto the television schedule, HBO’s new slice-of-life series “Togetherness” debuts on January 11th. Sizzle reel clips make the show seem pretty endearing and surprisingly funny.  It offers a look at a romantically-challenged young woman (played by Amanda Peet) who tries to make-over a down-on-his-luck struggling actor (played by Steve Zississ), both who end up bunking at her sister’s house after a string of bad luck.  Not so much a romance, “Togetherness” dares to look out how these two people seem to need each other in order to find their proper paths in life.  Genuine friendship helps them grow and not give up entirely when the entire universe seems against them.  Mark your calendar and check it out.  It is going to surprise you too.  (Observation:  Fans of “Ever After” and “Two and A Half Men” will be pleased to see that Melanie Lynskey co-stars as well.)

Another big event for HBO in 2015 is its 6-part mini-series “The Jinx: The Life and Death of Robert Durst,” which explores the incredible and yet disturbing story of the New York real estate billionaire accused of three separate murders spanning 40 years in California, Texas and New York.  Part 1 premieres February 8th. (Observation:  Robert Durst’s life story is also being explored by the new series “Vanity Fair Confidential.”)

That is a wrap on Day 2 at TCA Winter 2015.  Look for more upcoming snapshots from TCA on the new shows and TV specials coming up for Winter/Spring 2015 here at Seat42F.com.