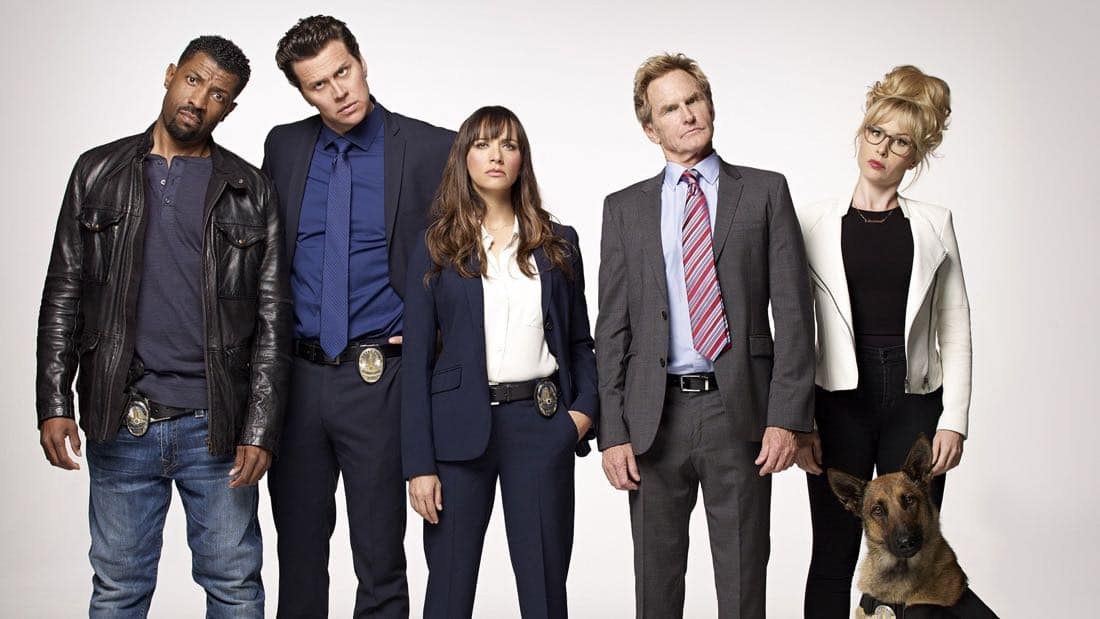 Turner’s TBS has taken another step toward earning its comedy series merit badge by ordering a fourth season of the hit series Angie Tribeca, starring Rashida Jones. And in a shameless attempt to grab some much-deserved awards attention, the fourth season will welcome a new cast member: two-time Emmy® winner Bobby Cannavale (Boardwalk Empire) who has proven time and time again that he is irresistible to the Academy. Fingers crossed!

The first of TBS’s new crop of comedies to garner a fourth-season renewal, Angie Tribeca has scored two consecutive seasons of growth among adults 18-49, including +13% for last year’s second season and another +8% for the just-completed third season. The show also ranks as one of cable’s Top 10 comedies for the quarter across all key demos. TBS has ordered 10 episodes for Angie Tribeca‘s fourth season, which is slated to launch in 2018. Episodes from the third season are currently available to subscribers through tbs.com, the TBS app and TBS On-Demand.

Angie Tribeca is the brainchild of Nancy and Steve Carell, who serve as executive producers on the series along with showrunner Ira Ungerleider. The buzz-generating hit has drawn widespread critical acclaim, with the LA Times calling it “an entertaining joyride,” Vanity Fair dubbing it “absurd and very, very funny,” and Entertainment Weekly saying “it never gets old.”