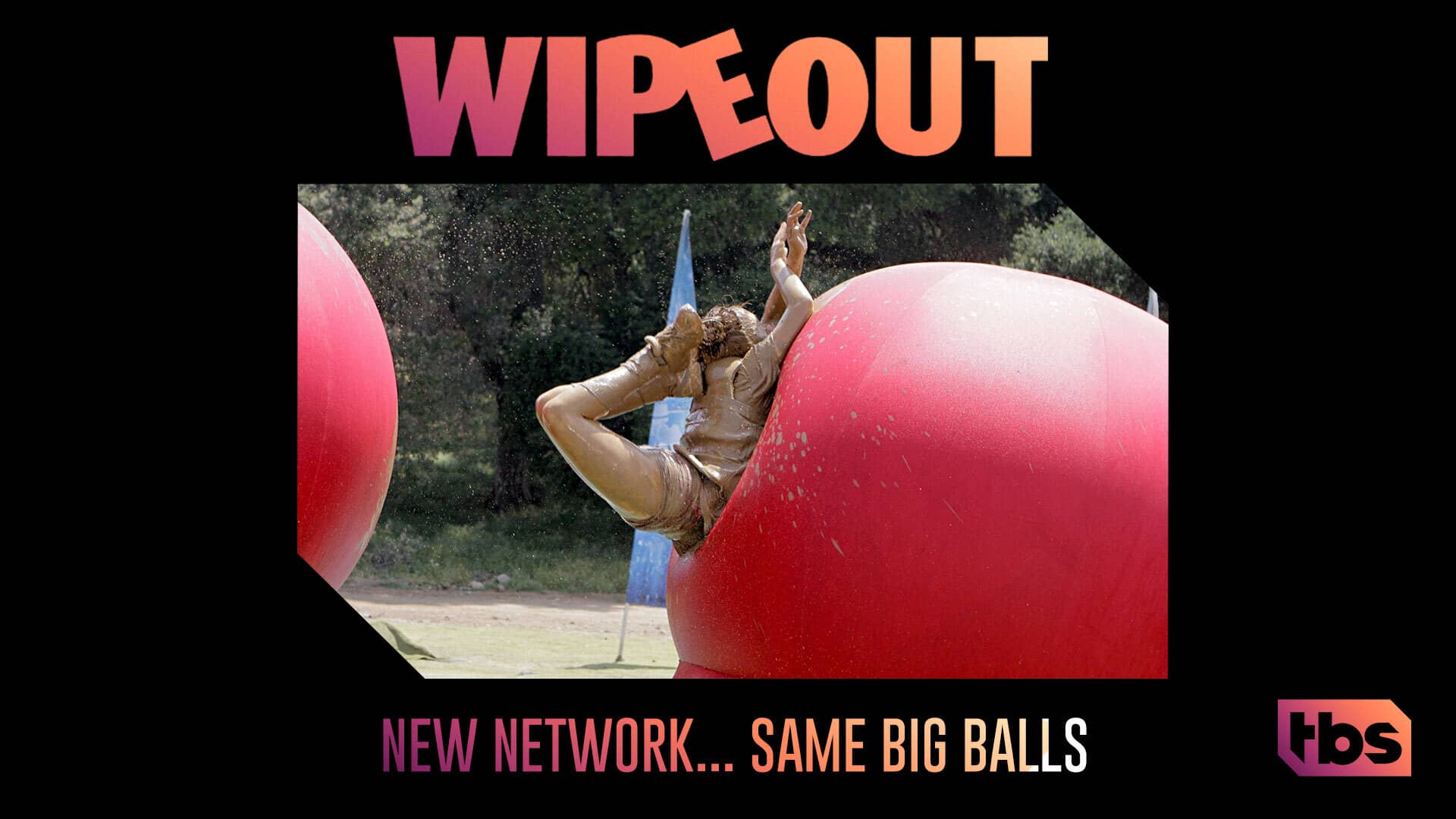 TBS has ordered a revival of the renowned, heart-pumping and hysterical competition series Wipeout, returning to captivate viewers of all ages. The network has ordered 20 episodes of the international sensation that features contestants competing in wildly creative and hilariously out-of-the box obstacle courses.

Following its debut as the No. 1 new show of the summer in 2008, Wipeout amassed an impressive following throughout its seven seasons on-air. The series found international viewers in the form of various adaptations in more than 30 global territories such as Argentina, Australia and the UK and has inspired numerous spin-offs and specials.

The re-imagined series will feature new format twists and elements that will push contestants’ athleticism and willpower to even greater extremes, all while delivering some pretty epic fails! Each game has been designed into three rounds and now features a jaw-dropping, three-stage, obstacle course consisting of multiple strategy and decision points designed to further challenge, and wear out, the stamina of the competitors. Returning to the game, an iconic staple with many surprises, are the big red balls, back with a vengeance.

“In my many years of producing, ‘Wipeout’ remains my all-time favorite,” said Matt Kunitz, Creator/Showrunner/Executive Producer of the series. “I am thrilled that it is returning more competitive than ever, while continuing to provide hilarious wipeouts. ‘Wipeout’ is a rare show loved by both kids and adults, a true co-viewing experience. With a strong focus on comedy, there is no better network for ‘Wipeout’s ‘return than TBS.”

“I cannot think of a better tent pole program than wipeout as we take our unscripted programming to the next level under Corie Henson, EVP and head of unscripted programming for TBS, TNT and truTV, said Kevin Reilly, Chief Content Officer, HBO Max, President, TNT, TBS, and truTV. “This is a big show for the whole family and we have some big ideas to infuse real drama and new twists into the fun.”

“Now more than ever is the time to gather family and tune-in to a fiercely wild and undeniably engaging viewing experience that mixes athletic action with hilarious antics,” added Brett Weitz, General Manager, TNT, TBS and truTV. “We are honored to partner with Endemol Shine to present a reimagined take on this universally beloved franchise that keeps audiences of all ages glued to the screen.”

“We are thrilled to be bringing back everyone’s favorite obstacle course competition with the team at TBS,” said Sharon Levy, President, Unscripted & Scripted Television, Endemol Shine North America. “This show has truly become a global phenomenon and its popularity has continued to grow over the last decade with a new generation of viewers. We have some really unique, fun new twists planned for this version and we can’t wait to get into production.”

For consideration to be a contestant on Wipeout, apply online: www.wipeoutcasting.com