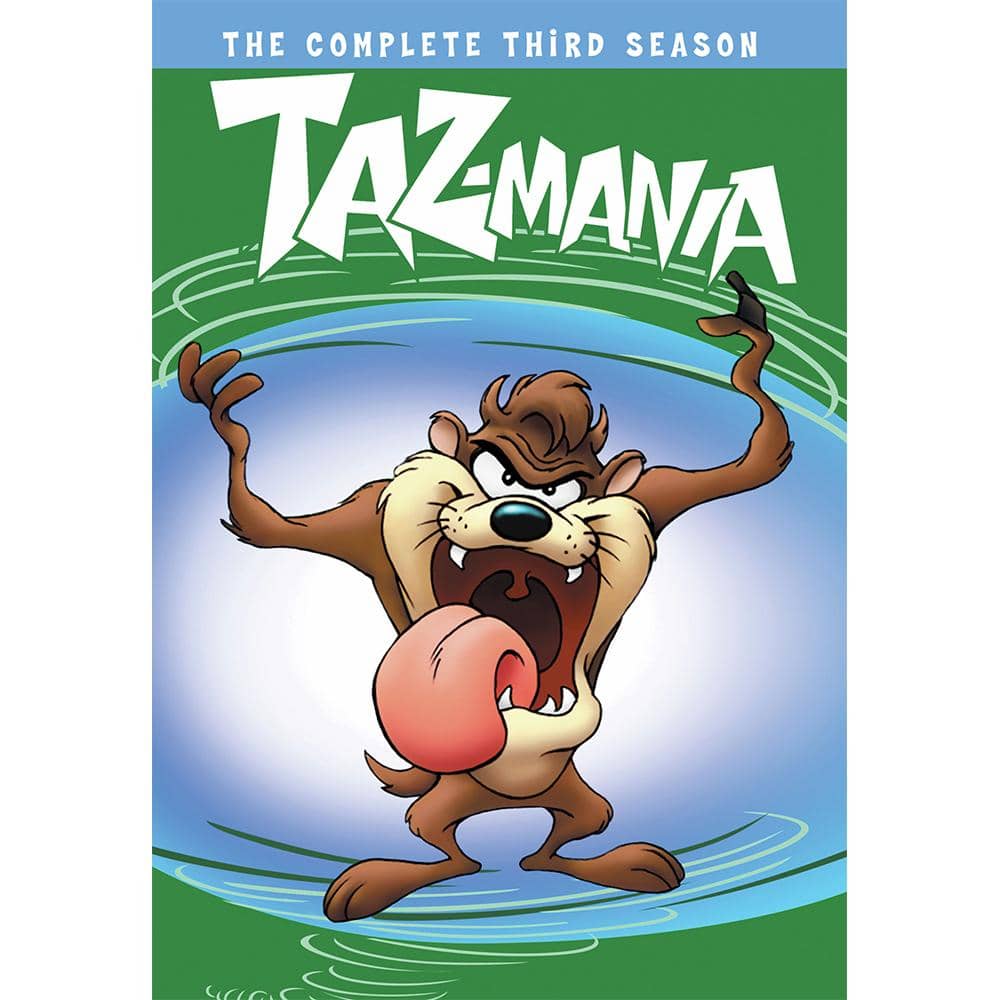 He has a big mouth but says very little. He’s an uninhibited brute, but he’s not evil. He eats and eats and eats but gains no weight. Who is he? He’s Taz – the original teenage party animal from the land down under! For his third season of antipodean antics, Taz continues his duties as bellhop and busboy at the rather bizarre coastal resort the Hotel Tasmania while indulging in his appetite for destruction – and lots of food. Taz learns that turnabout is fair play when Willie Wombat arrives to give him a taste of his own Looney Tunes-style lunacy. Ballet lessons with little sister Molly and scouting merit badges with little brother Jake are also on deck, along with the discovery of the entrance to a whole new world in the Platypus Brothers’ attic! Mom finds herself filling in for Taz at the hotel, while Taz gets burdened with the biggest chore of all: Christmas deliveries! Note – Season Two of Taz-Mania was erroneously titled “Season One – Part Two.” This release of the third season is the next consecutive release from “Season One – Part Two.” We apologize for any confusion.