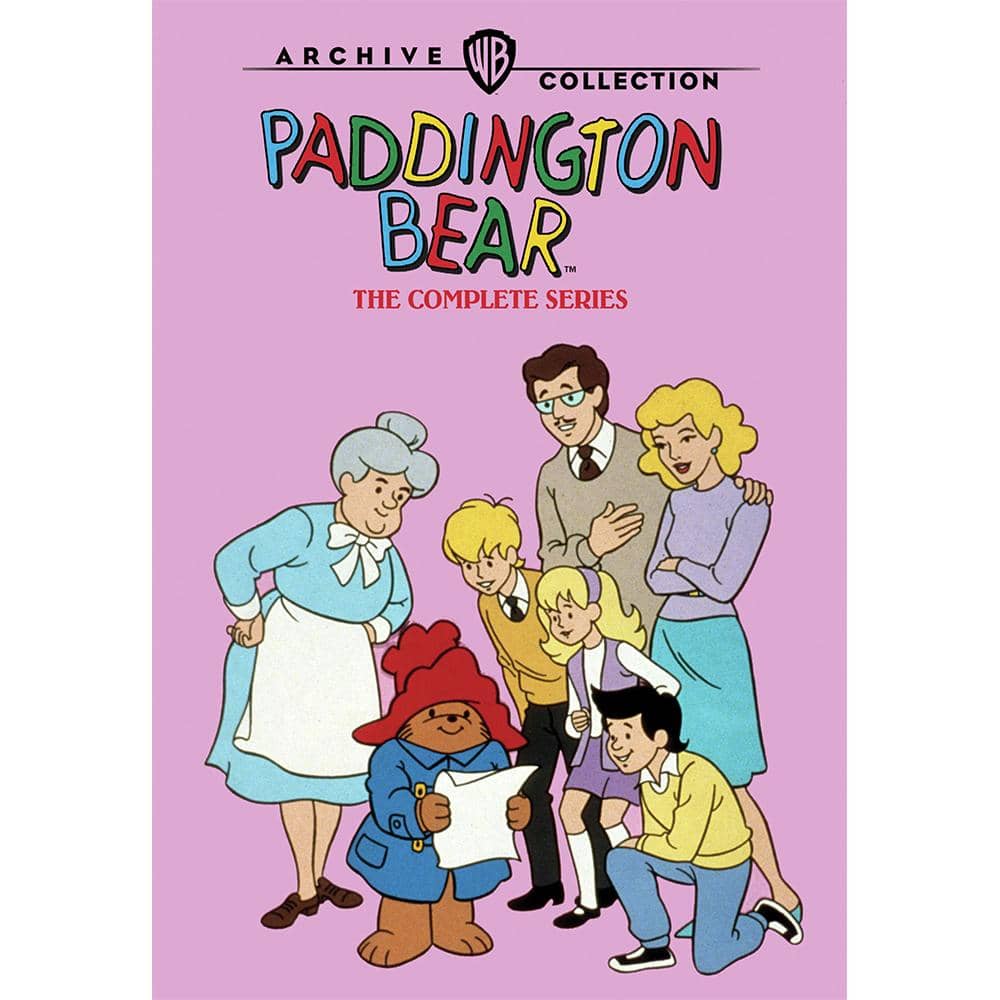 A young bear ends up in London’s Paddington Station, where he is spotted sitting on an old leather suitcase outside the lost and found by a family called the Browns. Unable to resist the label around his neck that reads “PLEASE LOOK AFTER THIS BEAR. THANK YOU,” the Browns decide there is only one thing to do. They take the tired, hungry little bear home and adopt him – not as a toy or a pet, but as a child. He is then named Paddington, after the place where he was found. Since 1958, when his story was first told in Michael Bond’s classic book, Paddington Bear has delighted millions of children throughout the world. Years later, Hanna-Barbera brought Paddington to cartoon life in all his innocent, duffle-coated charm. Merrily plunging into one misadventure after another, Paddington keeps the Brown family in constant comic turmoil. But thanks to his pure heart and good luck, things always turn out all right for Paddington in the end.