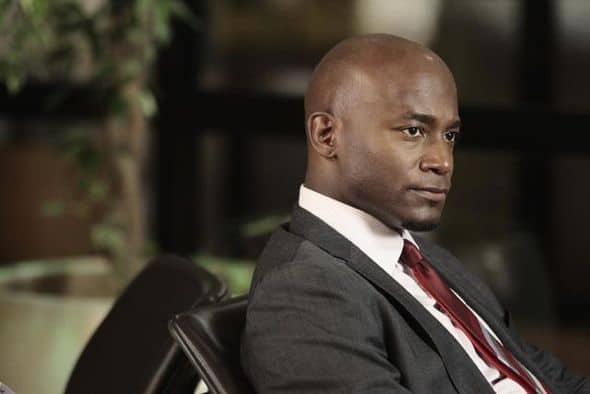 Actor Taye Diggs (“The Best Man Holiday”) will guest-star in a recurring role on the new drama ROSEWOOD, appearing in a multi-episode arc of the series.

Diggs will portray “Dr. Mike Boyce,” a world-renowned infectious disease doctor based in Miami and the longtime best friend of Dr. Beaumont Rosewood (Morris Chestnut), who is brought in to consult on a case and catches the eye of Detective Villa (Jaina Lee Ortiz), much to Rosewood’s surprise. The announcement marks a reunion between Diggs and Chestnut, both of whom starred in the hit feature film “The Best Man,” and its sequel, “The Best Man Holiday.” Diggs’ first appearance on ROSEWOOD is scheduled for November.

In the next all new episode of ROSEWOOD, “Vandals and Vitamins,” airing Wednesday, Oct.14 (8:00-9:00 PM ET/PT), Rosewood and Villa suspect a brilliant doctor (guest star Adrian Pasdar, “Heroes”) has killed two of his patients, and they must find a way to make their case with limited evidence.

Taye Diggs recently concluded his run in the title role of Broadway’s “Hedwig and the Angry Inch.” He appeared this summer in the cable drama “Murder in the First,” and has wrapped production on the upcoming feature film “One Shot,” opposite Topher Grace.  Last fall, he was featured in a recurring role on the network drama “The Good Wife.” Other TV credits include “Private Practice,” “Daybreak,” “Will & Grace,” “Ally McBeal” and “Kevin Hill.” In 2013, Diggs appeared in “The Best Man Holiday,” the sequel to the hit feature comedy “The Best Man,” in which he also was featured. Additional film credits include “Baggage Claim,” “The House on Haunted Hill” and “Go.” He also is the author of two children’s books.

Set against the vibrant backdrop of one of the world’s hottest cities – Miami – new medical procedural ROSEWOOD stars Morris Chestnut (“The Perfect Guy,” “Nurse Jackie,” “The Best Man” franchise) as Dr. Beaumont Rosewood, Jr., the city’s top private pathologist. Brilliant, cool with tons of charisma, Rosewood teams up with the tough-as-nails Detective Annalise Villa (Jaina Lee Ortiz, “The After”), to uncover clues no one else sees and help the Miami PD solve the city’s most challenging cases. The series comes from executive producer Todd Harthan (“Psych,” “Dominion”) and also stars Lorraine Toussaint (“Orange is the New Black”).

ROSEWOOD is from Temple Hill in association with 20th Century Fox Television. The series was created by Todd Harthan. The series is executive-produced by Harthan, Wyck Godfrey and Marty Bowen. Richard Shepard served as director and executive producer on the pilot. “Like” ROSEWOOD on Facebook at facebook.com/RosewoodFOX . Follow the series on Twitter @RosewoodFOX and join the discussion using #Rosewood.