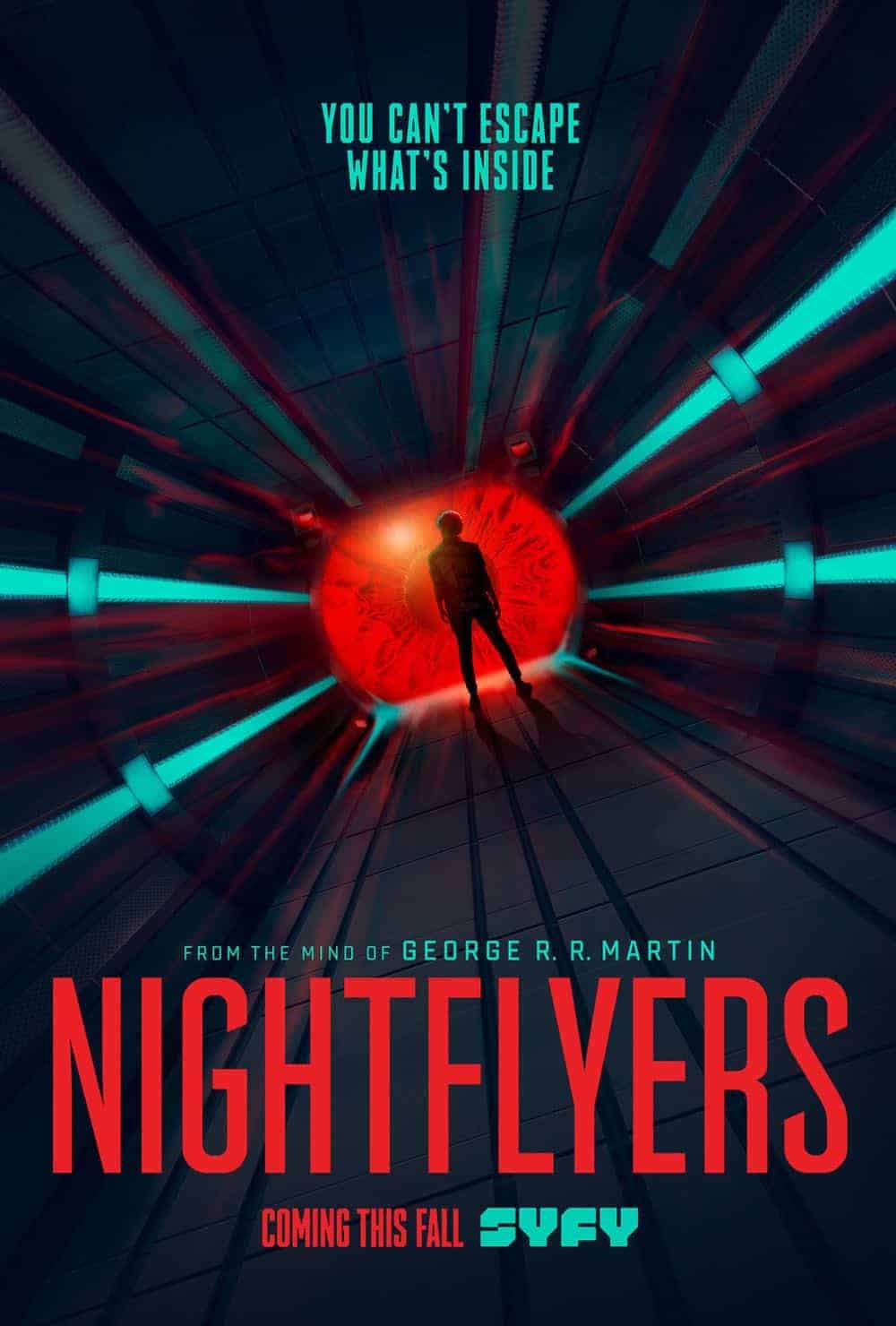 Today SYFY announced a multi-platform rollout for its brand new series NIGHTFLYERS, the original space horror drama based on the novella by George R.R. Martin. The highly-promoted rollout sees the entire 10 episodes debuting across all SYFY platforms timed to the beginning of the linear telecast, giving SYFY fans the freedom to view the season anytime and anywhere.

Viewers will be able to access the episodes through the SYFY channel, SYFY On Demand, online at SYFY.com and the SYFY app.

Later today New York Comic Con attendees will get an exclusive look at NIGHTFLYERS as it debuts with a world premiere screening, followed by a Q&A with the show’s cast and creators. For more information click here.

Set in the year 2093, NIGHTFLYERS follows a team of scientists aboard The Nightflyer, the most advanced ship ever built, as they embark on a journey to find other life forms. Their mission takes them to the edge of the solar system, and to the edge of insanity, as they realize true horror isn’t waiting for them in outer space—it’s already on their ship. NIGHTFLYERS stars Eoin Macken, David Ajala, Gretchen Mol, Jodie Turner-Smith, Angus Sampson, Sam Strike, Maya Eshet, and Brían F. O’Byrne. NIGHTFLYERS is based on the novella by George R.R. Martin, who also serves as an executive producer, and is produced by Universal Cable Productions and co-produced by Netflix. Jeff Buhler wrote the adaptation for television and is the showrunner and executive producer, alongside Gene Klein, David Bartis and Doug Liman of Hypnotic who also executive produce. Brian Nelson, Mike Cahill and Andrew McCarthy serve as executive producers. Alison Rosenzweig and Michael Gaeta of Gaeta Rosenzweig Films; and Lloyd Ivan Miller and Alice P. Neuhauser of Lloyd Ivan Miller Productions also serve as executive producers.