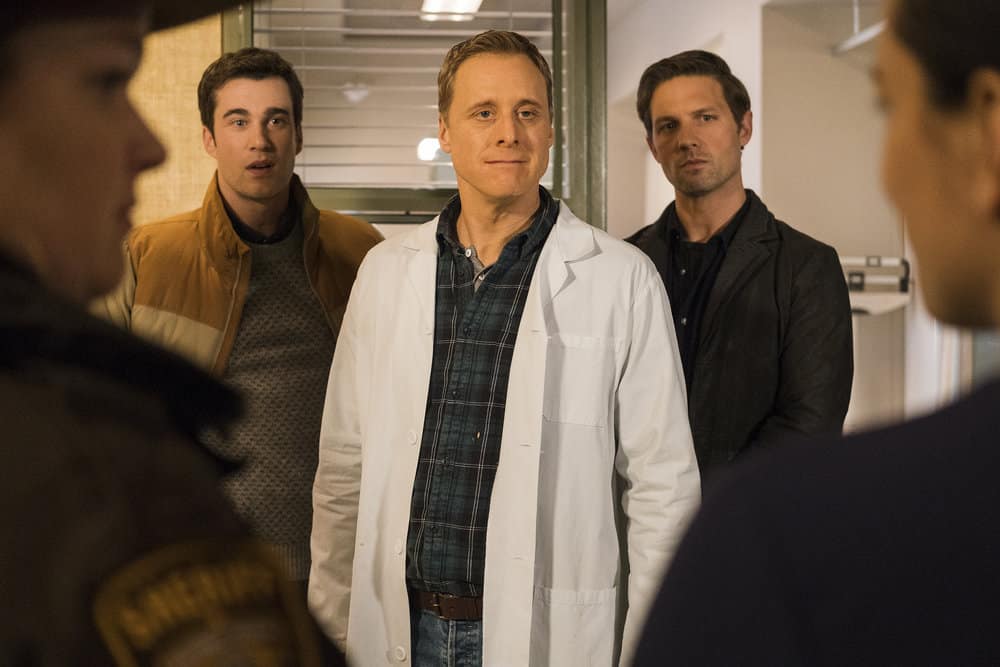 SYFY’s hit dramedy “Resident Alien,” one of the biggest cable success stories of the year, is returning for a second season.

The announcement was made by Lisa Katz, President, Scripted Content, NBCUniversal Television and Streaming.

“With ‘Resident Alien,’ everything just came together in perfect harmony – a script by Chris Sheridan that leapt off the page, a lead performance by Alan Tudyk, whose nuance between comedy and menace was pitch perfect, and a team of producers, cast and crew who were all striving to do something great,” Katz said. “The appeal of this show transcended the sci-fi genre in a way that enabled us to bring in a broader audience, and as the series continues we hope to encourage more and more fans to discover Harry’s very particular perspective on humans.”

The Jan. 27 series premiere has garnered 9.3 million viewers across all platforms and NBCU networks. In live + 3 comparisons, the following week’s episode saw an increase of 581,000 viewers, the biggest jump for a cable drama launch since 2014

The first three episodes of “Resident Alien” are now available on Peacock, NBCUniversal’s streaming platform, enabling audiences to catch up on season one before the show returns for season two on SYFY. Following the initial three episodes, a new episode will drop on Peacock every Friday until the complete season is available on the platform.

The show’s Jan. 27 cross-platform launch was illustrative of the strategy to leverage the power of NBCU’s entertainment portfolio to engage audiences across NBCU’s TV portfolio, a strategy emphasized by Frances Berwick, Chairman, Entertainment Networks, when she first took the job last fall.

Based on the Dark Horse comic from Peter Hogan and Stephen Parkhouse, “Resident Alien’ follows Harry, an alien played by Alan Tudyk (“Rogue One,” “Firefly”) that crash lands on Earth and passes himself off as a small-town human doctor. Arriving with a secret mission to kill all humans, Harry starts off living a simple life … but things get a bit rocky when he’s roped into solving a local murder and realizes he needs to assimilate into his new world. As he does so, he begins to wrestle with the moral dilemma of his mission and asking the big life questions like: “Are human beings worth saving?” and “Why do they fold their pizza before eating it?”