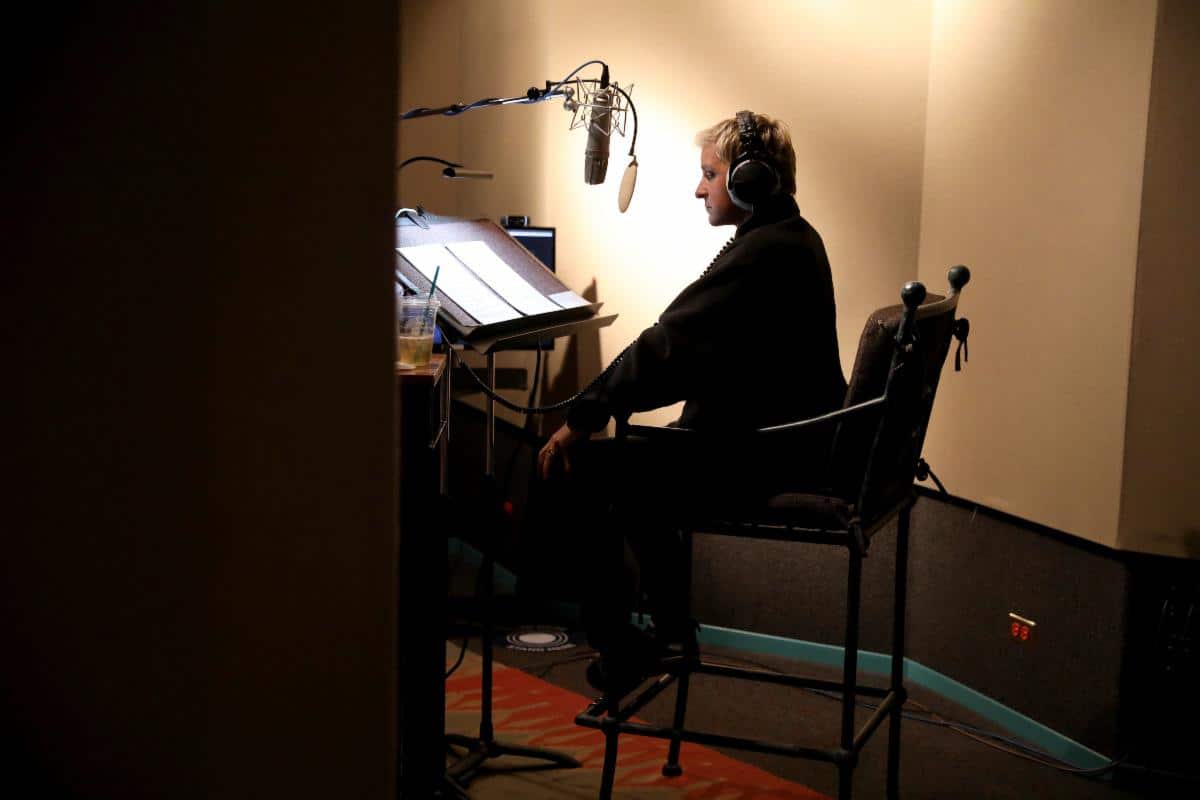 Multiple Emmy® Award winner and renowned talk show host, Ellen DeGeneres, has joined the Discovery family, where she will collaborate on a slate of content, it was announced today. Exclusive to Discovery in the natural history space, DeGeneres will develop and produce a variety of specials, series, and documentaries that will bring her unique charm, passion and wit both in front of and behind the camera. The exciting line-up will highlight the many wonders of the natural world and the incredible wildlife who inhabit it for both Discovery Channel and discovery+, the definitive non-fiction, real-life subscription streaming service launched earlier this year.

“Ellen’s dedication to the environment and her love for all animals, including the most endangered creatures who call our planet home, is unmatched… We welcome Ellen and her team to the Discovery family as she brings her humor, her voice, and her ability to inspire to these important passion projects,” says Nancy Daniels, Chief Brand Officer, Discovery and Factual.

From Discovery and the BBC Natural History Unit, ENDANGERED, follows the effort of dedicated wildlife conservationists across the globe as they work to compile the latest version of The Red List – the most comprehensive record of the state of the world’s wildlife that has ever been created. In addition to serving as an executive producer, DeGeneres also narrates the documentary, the first time she has done so on a project. ENDANGERED is the BBC Studios Natural History Unit’s first non-BBC commission and launches on discovery+ on Earth Day, April 22, 2021.

The slate will be executive produced by Jeff Kleeman, President of Ellen’s AVGP company, and Howard Swartz, SVP Documentaries and Specials, Discovery.

About Discovery Channel Discovery Channel is dedicated to creating the highest quality non-fiction content that informs and entertains its consumers about the world in all its wonder, diversity and amazement. The network, which is distributed to 100.8 million U.S. homes, can be seen in 224 countries and territories, offering a signature mix of compelling, high-end production values and vivid cinematography across genres including, science and technology, exploration, adventure, history and in-depth, behind-the-scenes glimpses at the people, places and organizations that shape and share our world. For more information, please visit www.discovery.com.

About discovery+ discovery+ is the definitive non-fiction, real life subscription streaming service. discovery+ features a landmark partnership with Verizon that gives their customers with select plans up to 12 months of discovery+ on Verizon. discovery+ has the largest-ever content offering of any new streaming service at launch, featuring a wide range of exclusive, original series across popular, passion verticals in which Discovery brands have a strong leadership position, including lifestyle and relationships; home and food; true crime; paranormal; adventure and natural history; as well as science, tech and the environment, and a slate of high-quality documentaries. For more, visit discoveryplus.com or find it on a variety of platforms and devices, including ones from Amazon, Apple, Google, Microsoft, Roku and Samsung.

About A Very Good Production A Very Good Production (AVGP) is the Emmy® Award-winning television and film production company of producer/writer/actor/host ‪Ellen DeGeneres. Based at Warner Bros. Television Group (WBTVG) with an exclusive multiyear deal, AVGP produces the nationally syndicated daytime talk show “The ‪Ellen DeGeneres Show” and develops television projects for all divisions of WBTVG, including scripted and unscripted primetime series for network and cable, as well as additional syndicated fare. AVGP has produced a wide range of television including NBC’s fan-favorite game show “Ellen’s Game of Games,” HBO Max’s “Ellen’s Next Great Designer”, NBC’s two hit series “The Masked Dancer” and “Little Big Shots,” ABC’s comedy “Splitting Up Together,” Ellen’s stand-up special, “Relatable” and “Green Eggs and Ham” for Netflix, and many more. AVGP also produced the film adaptation of “Nancy Drew and the Hidden Staircase.” Jeff Kleeman serves as President of A Very Good Production.