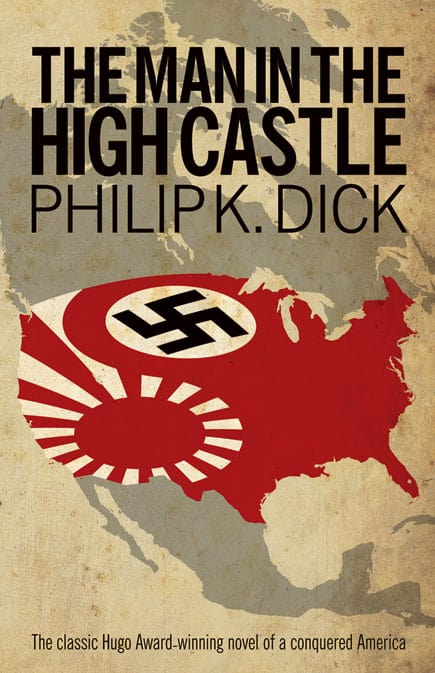 Syfy has finalized a deal to adapt Philip K. Dick’s Hugo Award-winning novel The Man In The High Castle into a 4-hour miniseries event with Frank Spotnitz (The X-Files, Hunted) attached to write and serve as Executive Producer, it was announced today by Mark Stern, President of Original Content, Syfy and Co-Head Original Content, Universal Cable Productions. Ridley Scott’s Scott Free Productions will produce the project with Headline Pictures, Electric Shepherd Productions and FremantleMedia International. Spotnitz will write the first two hours and supervise the writing of the second two hours (writer TBA).

Producers Ridley Scott and Stewart Mackinnon bring us a startling depiction of an alternate history as imagined by author Philip K. Dick in his best-selling novel; a world in which Nazi Germany and Japan were victorious in World War II. The year is 1962 and the Axis Powers occupy the United States, where fascism rules and the few surviving Jews hide under assumed names.

“The Man in The High Castle is one of Dick’s most imaginative and captivating works and certainly one of my favorites. I am pleased to team up with the singular Frank Spotnitz and Syfy, Headline Pictures, Electric Shepherd and FremantleMedia International to bring this epic to audiences who will find this story as intriguing and riveting as we do.” said Ridley Scott.

Stewart Mackinnon of Headline Pictures commented, “Philip K. Dick’s classic thriller asks us all to consider what we would do if our world was turned upside down and everything we value is lost. It’s a chilling story that explores our universal hopes and fears.”

“The Man in the High Castle is one of the most highly-regarded and influential novels my father wrote. It’s thrilling to be bringing it to life with such a talented, passionate team, and in a format that can do justice to the full scope of the material,” said Isa Dick Hackett, founder of Electric Shepherd Productions along with her sister Laura Leslie.

FremantleMedia International will distribute the series globally and this project is the latest in a series of drama development news coming from the global production and distribution company whose drama investment activity is ramping up. In addition to The Man in The High Castle, FremantleMedia International is working with Headline Pictures, Scott Free Productions and Mark Sennett Entertainment to develop The Drivers. It has also recently announced partnerships with renowned writer / producer Marshall Herskovitz to oversee development of the popular non-fiction book Hitlerland; and the adaptation of the New York Times bestseller The Maid with Pukeko Pictures and award-winning writer Craig Pearce.

David Ellender, CEO FremantleMedia International and Kids & Family Entertainment, said, “When we launched our drama initiative we did so with the goal of bringing together the best producers, writers and broadcasters in the world to create the highest quality and most compelling dramas for global audiences. The Man in the High Castle is exactly this and we look forward to bringing it to screens in the US and beyond.”

Dick’s works have been the basis for blockbuster movies such as the Ridley Scott directed, Blade Runner (1982) a remake of which is in the works, as well two versions of Total Recall (1990) and (2012), Minority Report (1992) and Adjustment Bureau (2011). King of the Elves is currently in development at Walt Disney Animation. One of the most celebrated authors of the last century, Philip K Dick was published in the Library of America in 2007 and has received literary recognition unprecedented for a contemporary science fiction writer. His more than 40 novels and 125 short stories have been translated into 25 languages.