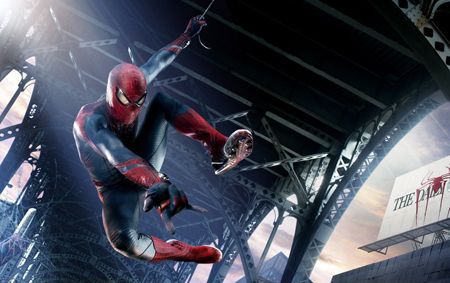 Commencing with 2005 theatrical releases, Starz has been the exclusive first-run pay television home for the exhibition of Sony Pictures’ films including titles from Columbia Pictures, Sony Pictures Classics, TriStar, and Screen Gems.  The new SPE-Starz agreement provides movie content for all Starz platforms including its linear STARZ and ENCORE channels in standard definition and HD, subscription VOD services in standard definition, HD On Demand and 3D On Demand, and online streaming services, including the recently launched STARZ PLAY and ENCORE PLAY. Financial terms of the agreement were not disclosed.

“STARZ and ENCORE subscribers have enjoyed the consistently stellar theatrical product from Sony, and we are thrilled to extend our exclusive partnership into the next decade,” said Chris Albrecht , Starz Chief Executive Officer.  “Starz will continue to offer the richest premium TV viewing experience for our subscribers and distributors for years to come thanks to STARZ’ growing original programming slate, along with the robust lineup of new blockbuster Sony releases and our deep movie library.”

“Starz has been a terrific partner and we are excited to be extending our relationship with them through the 2021 slate,” said John Weiser , President, U.S. distribution for Sony Pictures Television.

Starz remains the exclusive home of Disney theatrical releases, including its Lucasfilm, Marvel and Pixar releases, and their accompanying digital streaming rights, into 2017.