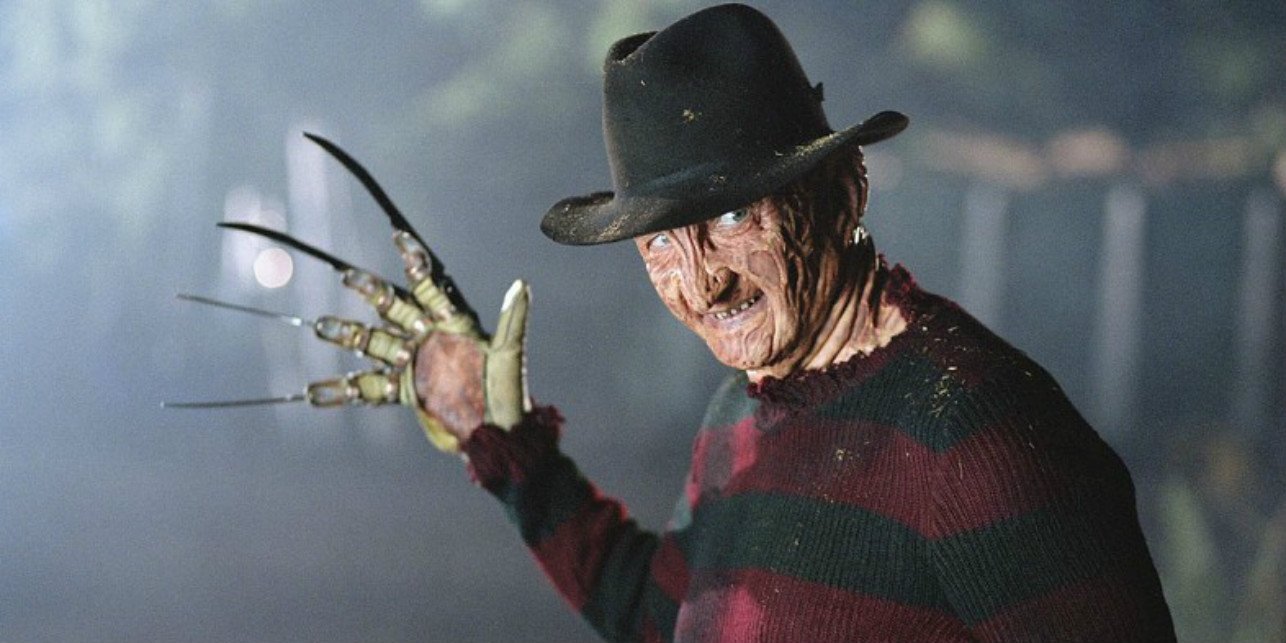 SYFY is getting into the Halloween spirit with the premiere of original horror film TALES FROM THE HOOD 3, and a slew of spooky and fun marathons airing all October. Additionally, SYFY WIRE will kick off a new shoppable editorial web series with a specially-curated online hub featuring Universal Orlando’s Halloween Horror Nights-themed merchandise.

SYFY HALLOWEEN will include:

THE STRANGERS: PREY AT NIGHT (World Television Premiere Starting Thursday, Oct. 1 at 9PM ET/PT) – A family of four staying at a secluded mobile home park for the night are stalked and then hunted by three masked psychopaths

TALES FROM THE HOOD 3 (World Television Premiere Starting Saturday, Oct. 17, at 9PM ET/PT) – Academy Award®-Winning director Spike Lee executive produces with writers/directors/producers Rusty Cundieff and Darin Scott in this next installment of the ground-breaking original Tales from the Hood. Following the franchise’s cult classic roots, this all-new anthology, which features Tony Todd and Lynn Whitfield, is four terrifying tales that will scare and thrill audiences with its horrifying twists and social commentary.

DARK ARTS SUNDAYS (Every Sunday in October)
Celebrate the dark side of the Wizarding World with THE HARRY POTTER FILM SERIES and FANTASTIC BEASTS AND WHERE TO FIND THEM airing every Sunday throughout the month.

BUST A GUT HALLOWEEN (Saturday, 10/3 from 12:50PM to 12AM ET/PT)
Who says you can’t have your scares but laugh at them too? Join us for some frighteningly funny films, including “Hook,” “Zombieland,” and the SYFY premieres of “Monster House” and “The Mask.”

RIDE OR DIE MARATHON (Tuesday, 10/6 from 8PM to 2AM ET/PT)
Hit the road with these high-octane thrillers, including “Wrong Turn 2,” “Dead End,” “Wrong Turn 4: Bloody Beginnings” and “Drive Angry.”

DON’T FEAR THE SEQUEL MARATHON (Monday, 10/12 from 12PM to 12AM ET/PT)
We’ll have you seeing double with these horror favorites and their sequels back-to-back all day long. Films include “28 Days Later,” “28 Weeks Later,” “The Strangers,” “The Strangers: Prey at Night,” THE PURGE and the SYFY premiere of THE PURGE: ANARCHY.

BACK TO THE FUTURE DAY MARATHON (Wednesday, 10/21 from 10:35AM to 1:30AM ET/PT)
Grab your hoverboard and get that DeLorean up to 88 MPH because we’re celebrating Back to the Future Day all day long with BACK TO THE FUTURE I-III.

WHAT’S EATING YOU? MARATHON (Thursday, 10/22 from 10AM to 5:30AM ET/PT)
This year has thrown a lot at us, and just in case a zombie apocalypse is next up on the 2020 bingo card, we’re here to help you start prepping with a day full of some of our favorite zombie flicks including “Zombieland,” “Dawn of the Dead,” “28 Days Later,” “20 Weeks Later,” “Zombie Night,” “Dead 7,” “Rise of the Zombies” and “Zombie Apocalypse.”

MASK UP MARATHON (Friday, 10/30 from 8AM to 4:30AM ET/PT)
Even some of the deadliest villains think safety comes first! Mask up for a marathon featuring these masked murderers, including “Halloween” (2007), “Leatherface,” “Jason X,” “Jigsaw,” THE PURGE, THE PURGE: ANARCHY, “The Mask,” “Friday the 13th: Jason Goes to Hell” and “You Might Be the Killer.”

HARRY POTTER HALLOWEEN MARATHON (Saturday, 10/31 from 10AM to 12AM ET/PT)
The Hallowe’en Feast is upon us, so what better way to celebrate than the Wizarding World?

SYFY WIRE’S HALLOWEEN HORROR NIGHTS DIGITIAL SHOPPING EXPERIENCE
For the entire month, SYFY WIRE is partnering with Universal Orlando Resort to give viewers the opportunity to purchase Halloween Horror Nights-themed merchandise from the comfort of their home. Beginning early October, select merchandise that is currently available in the Halloween Horror Nights Tribute Store in Universal Studios Florida — including sweatshirts, tees, face coverings, shot glasses and more — will be available for fans to shop via an online hub on SYFY.com. This digital shopping experience, powered by NBCUniversal Checkout, kicks off a new editorial web series that will allow fans to shop their favorite gear from their favorite SYFY content, all year long.

About SYFY:
SYFY is a global, multiplatform media brand that gives science fiction fans of all kinds a universe to call home. Celebrating the genre in all its forms, SYFY super-serves passionate fans with original science fiction, fantasy, paranormal and superhero programming, live event coverage and imaginative digital and social content. The brand is powered by SYFY WIRE (www.syfy.com), the premier portal for breaking genre news, insight and commentary. SYFY is a network of NBCUniversal, one of the world’s leading media and entertainment companies. NBCUniversal is a subsidiary of Comcast Corporation.

About SYFY WIRE:
SYFY WIRE is the premier editorial brand for fans of sci-fi, fantasy and horror. Featuring up-to-the-minute news and passionate discussion and analysis, SYFY WIRE covers the latest in genre-focused movies, TV, books, comics, video games and more. Find SYFY WIRE online at www.syfy.com, on air on the SYFY network, and at a ‘con near you!