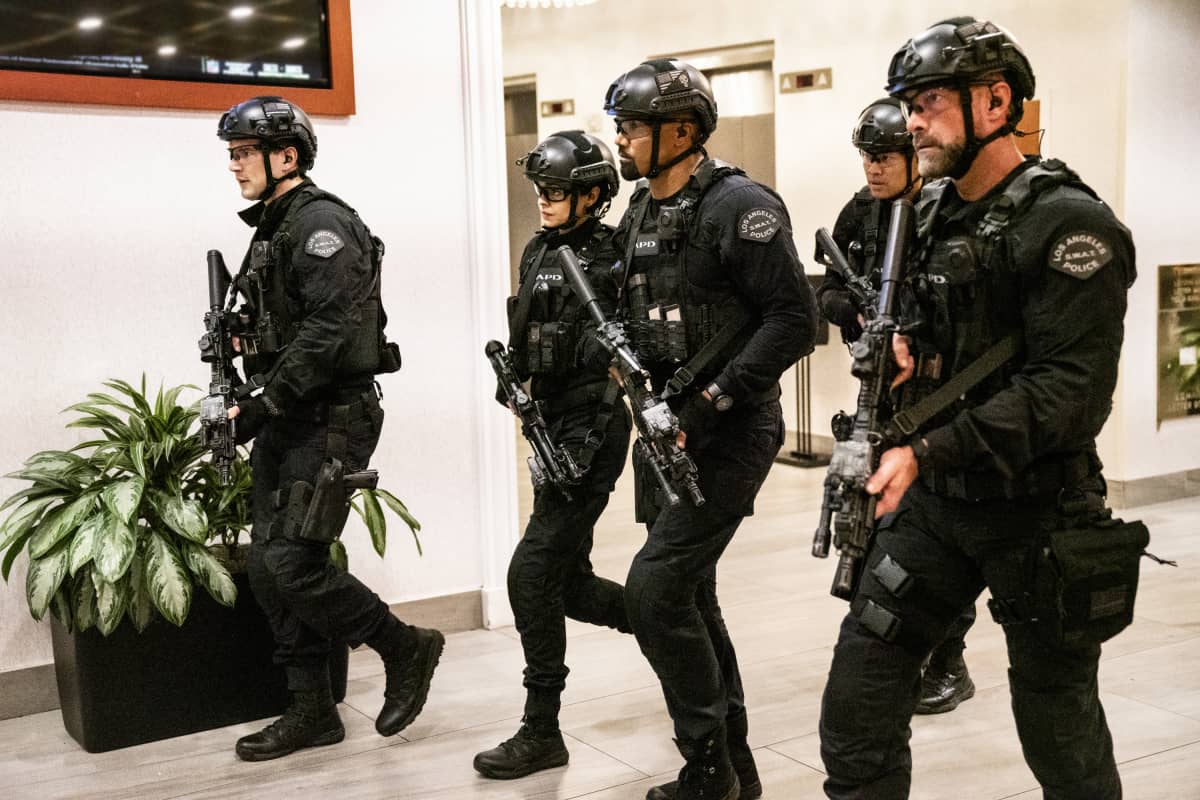 SWAT Season 3 Episode 14 Photos Animus – “Animus” – The SWAT team searches for a link between the seemingly unconnected victims of a lone gunman targeting women. Also, Luca assists with a homicide investigation in his neighborhood; Lieutenant Lynch pushes Chris to do a news interview; and Hondo reaches a juncture in his relationship with Nichelle, on S.W.A.T., Wednesday, March 4 (10:00-11:00 PM, ET/PT) on the CBS Television Network.

Inspired by the television series and the feature film, S.W.A.T. stars Shemar Moore as a former Marine and locally born and raised S.W.A.T. sergeant, tasked to run a specialized tactical unit that is the last stop in law enforcement in Los Angeles. Torn between loyalty to where he was raised and allegiance to his brothers in blue, Daniel ”Hondo” Harrelson strives to bridge the divide between his two worlds and acclimate to his new duties as the legal guardian of a teenager. Hondo’s elite unit includes David “Deacon” Kay, an experienced S.W.A.T. officer and dedicated family man who always puts the team first; Christina “Chris” Alonso, a skilled officer and the team’s canine trainer; Dominique Luca, an expert driver who gets them in and out of high risk situations; Victor Tan, who started in the LAPD Hollywood Division and uses his confidential informants in the community to help the team; and Jim Street, the team’s cocky newest member who is re-instated to S.W.A.T. after being fired for compromising the unit.

Responsible for the management of all Metro Division S.W.A.T. units is Commander Robert Hicks, a senior LAPD official with the Special Operations Bureau. Following Captain Jessica Cortez’s departure for the FBI, the Mayor assigns Lieutenant Piper Lynch to SWAT as a tactical consultant, where she challenges the team’s field strategy, which raises questions about her loyalty. With Hondo leading the charge, these dedicated men and women bravely put themselves at risk to protect their community and save lives.