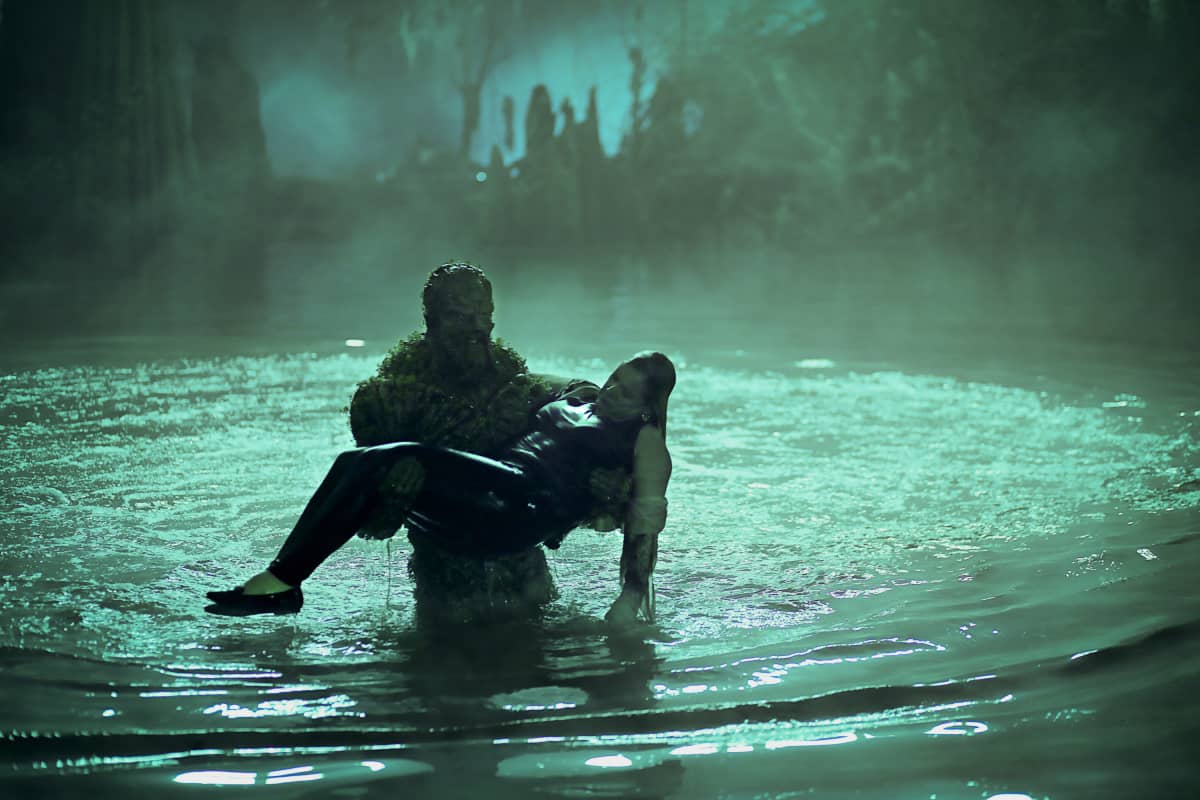 SWAMP THING Season 1 Episode 5 Photos Drive All Night – THE GHOSTS AROUND US – Haunted by the ghost of her childhood friend, Abby (Crystal Reed) is forced to confront both her past with the Sunderlands, as well as the dark forces at play in Marais. When Abby’s life is threatened, Swamp Thing (Derek Mears) uses his abilities to save her, but it’s Matt (Henderson Wade), who ultimately, saves the day, further isolating Swamp Thing from the human world. The episode was directed by Greg Beeman and written by Franklin Rho (#105). The CW broadcast date airdate 11/10/2020.