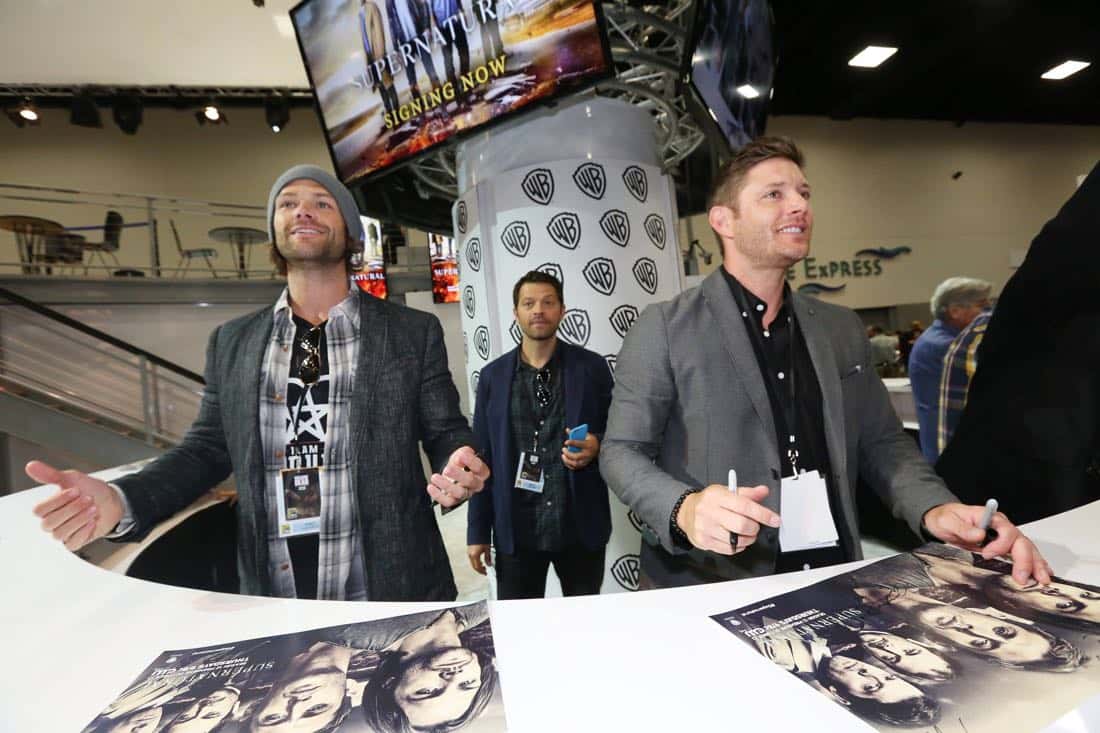 In the CW’s drama SUPERNATURAL, the Winchester brothers Sam (Jared Padalecki) and Dean (Jensen Ackles) are caught up in a never-ending battle to save humans and supernatural beings from the darker forces seeking to destroy and torment them. Currently in its twelfth season, the show tackles another round with Lucifer (this time in the form of iconic rockstar Rick Springfield) and a foreign organization that thinks it should be the only ones tracking and fighting demons. Fortunately, the Winchester brothers are not alone in their battles — Mary Winchester (Samantha Smith) has returned from the grave and trusty allies Castiel (Misha Collins) and Crowley (Mark Sheppard) are never too far off to lend a helping hand in a pinch.

In a press interview from the set, stars Misha Collins, Jensen Ackles and Jared Padalecki talk about the incredible feat of reaching 250 episodes and reflect on how long the series could go, what is going on with their characters this season as they face off against the British Men Of Letters and classic enemies like the Thule and work with through their respective mother-issues, as well as commenting on the remarkable success of superhero shows on the CW:

To find out what is next for the Winchesters, Castiel and Crowley as a larger threat stalks them through this season, tune in for all new episodes of SUPERNATURAL on Thursdays at 9:00 p.m. on the CW. (Note: SUPERNATURAL moves to the 8:00 p.m. timeslot starting January 26, 2017 on Thursday nights.)