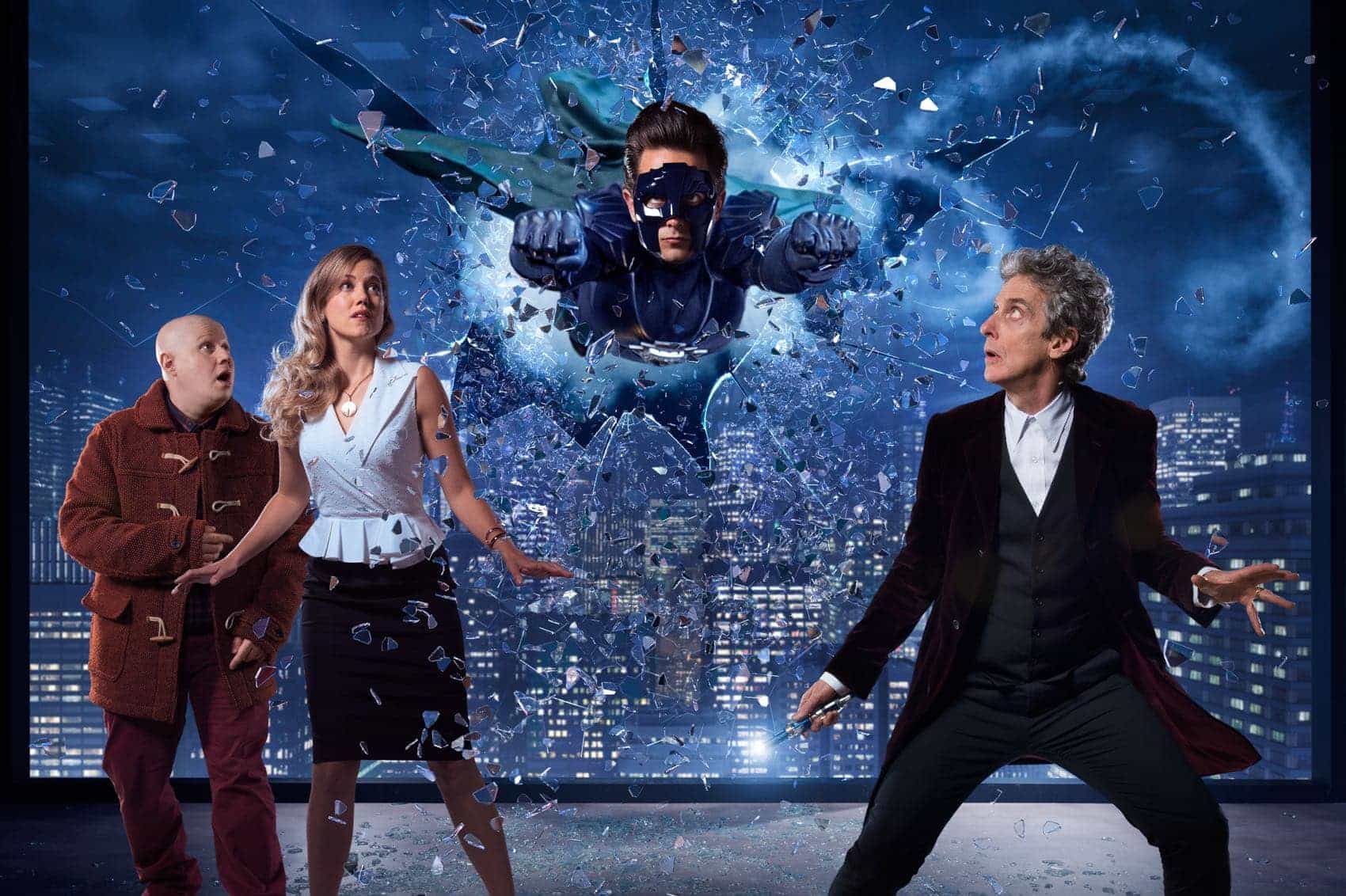 This Christmas sees the Doctor join forces with a masked Superhero for an epic New York adventure. With brain-swapping aliens poised to attack, the Doctor and Nardole link up with an investigative reporter and a mysterious figure known only as The Ghost. Can the Doctor save Manhattan? And what will be revealed when we see behind the mask?

The special is written by Steven Moffat, executive produced by Brian Minchin, produced by Peter Bennett and directed by Ed Bazalgette (Poldark). It was shot in Cardiff at BBC Wales Roath Lock Studios.

In the days leading up to the new Christmas Special, BBCA will air a Doctor Who Takeover Marathon. The new season of Doctor Who will premiere alongside the Doctor Who spin-off Class in Spring 2017 on BBC AMERICA.