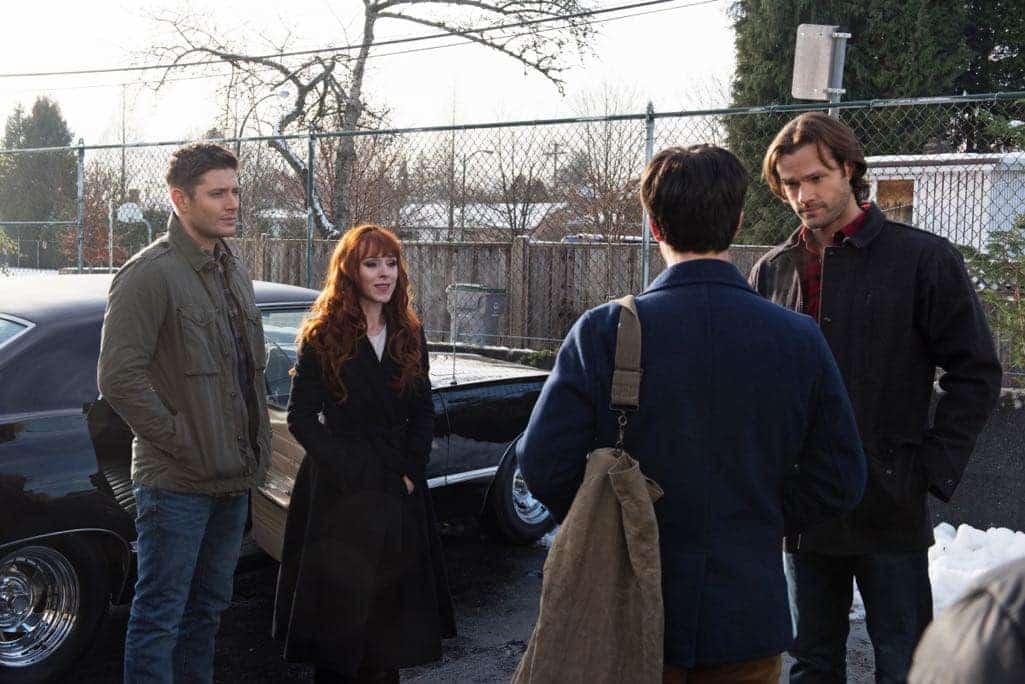 SUPERNATURAL Season 12 Episode 13 Photos Family Feud : SAM AND DEAN ASK ROWENA TO FIND CROWLEY’S SON — When Sam (Jared Padalecki) and Dean (Jensen Ackles) look into a murder at a museum, they learn a ghost from a merchant ship that sunk in 1723 may be at the heart of the mystery. After realizing “The Star” was the same ship that Crowley’s (Mark A. Sheppard) son Gavin McLeod (guest star Theo Devaney) should have been aboard, they enlist help from Rowena (guest star Ruth Connell) to track Gavin down. Kelly Kline (guest star Courtney Ford), still pregnant with Lucifer’s child, takes refuge with a demon after an angel attempts to kill her. PJ Pesce directed the episode written by Brad Buckner and Eugenie Ross-Leming (#1213). Original airdate 2/23/2107.