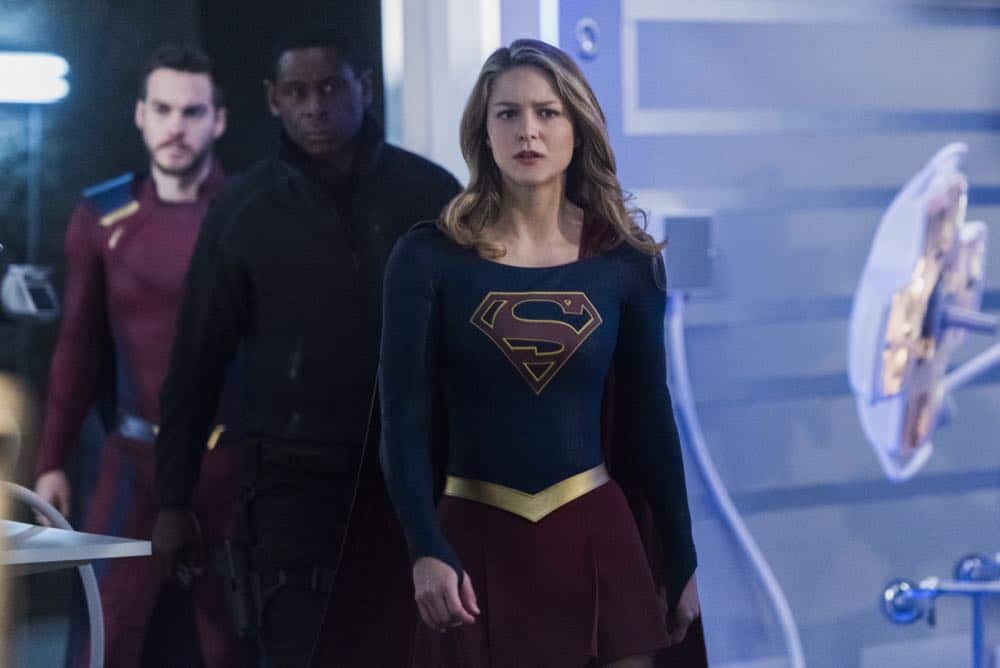 The Fanatical (Ep# 319) JAMES CONSIDERS UNMASKING AS GUARDIAN — When Tanya (guest star Nesta Cooper), a disciple of Coville’s, escapes from what’s left of his cult, she gives Kara (Melissa Benoist) and James (Mehcad Brooks) a journal that could hold the key to saving Sam (Odette Annable). Someone learns Guardian’s identity and threatens to expose James if he doesn’t do what they ask. James contemplates what it means to be a black vigilante without a mask in America. Mairzee Almas directed the episode written by Paula Yoo & Eric Carrasco (#319). Original airdate 5/21/2018.SUPERGIRL Season 3 Episode 19 Photos The Fanatical.