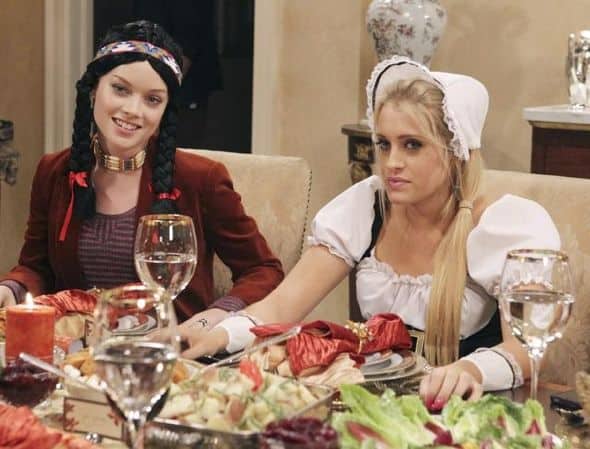 SUBURGATORY Season 1 Episode 8 Thanksgiving Photos : SUBURGATORY – “Thanksgiving” – Depressed that she has to spend Thanksgiving in the suburbs, Tessa convinces Dallas to take her to the city for a girls’ day out. During their fun day, they run across George making out with a woman while he was supposed to be “working.” Angry with George for lying to her, Tessa confronts him during the Royces’ Thanksgiving dinner. Meanwhile Lisa refuses to wear a special dress Sheila picked out for her, so Sheila decides to literally turn up the heat, on “Suburgatory,” WEDNESDAY, NOVEMBER 23 (8:30-9:00 p.m., ET) on the ABC Television Network.