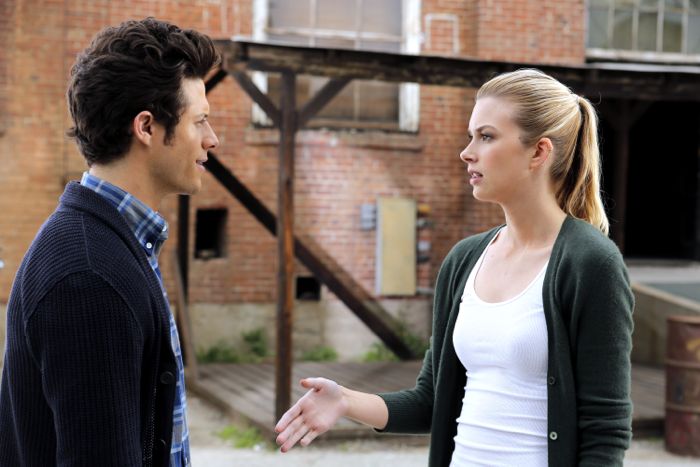 STITCHERS Season 1 Episode 2 Photos Friends in Low Places : Kirsten crosses paths with Detective Fisher again when they end up working on the same overdose death of a young woman in an all-new episode of “Stitchers,” airing Tuesday, June 9, 2015 at 9:00PM ET/PT on ABC Family.

A dangerous new drug has claimed the life of a young woman and, while the Stitchers team is looking for its source, they run into Detective Fisher (guest star Damon Dayoub, “NCIS”), who is on the same trail.

“Friends in Low Places” was written by Jeffrey Alan Schechter and directed by Steve Robin.