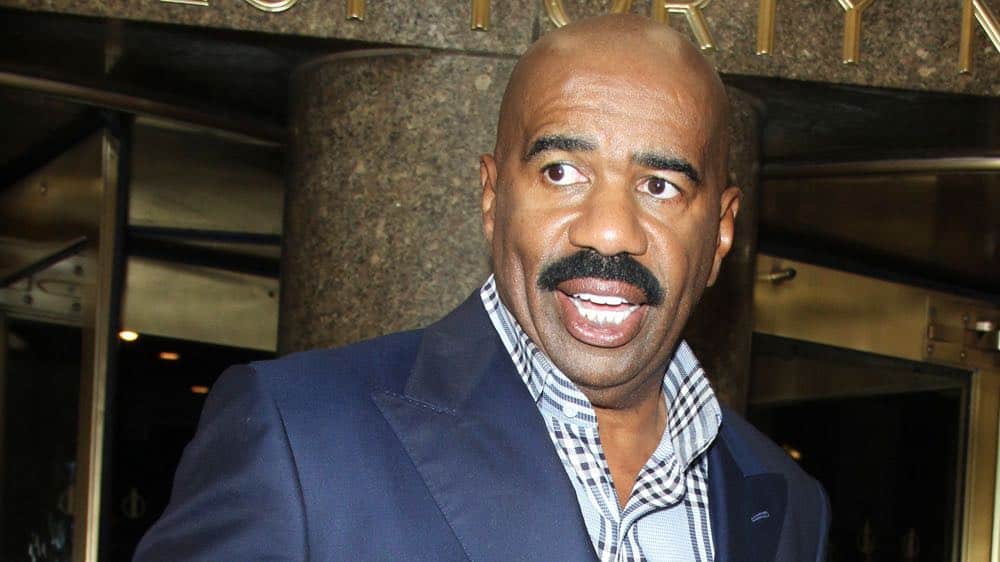 Steve Harvey’s daytime series “Steve” has been renewed for its second season in national syndication, it was announced today.

“Steve” has already been sold in 90% of the U.S. on NBC Owned Television Stations as well as leading station groups across the country including Sinclair and Hearst.

Produced by IMG and Steve Harvey, the program tapes before a live studio audience at the Universal lot in Los Angeles, where Harvey relocated to this past fall.

Following the move to the West Coast, “Steve” has brought Steve Harvey’s signature style of comedy and fun to the daytime television landscape. His new show has featured more celebrity guests, daily audience games and his unique viewpoint on all things pop culture.

“Steve was determined to do something unique and different in daytime this season and it’s rewarding to witness the reception to the new show,” said IMG’s Mike Antinoro. “We are proud to be a part of ‘Steve’, grateful for the commitment from our station partners, and excited to build on this current momentum.”

“We are so proud of all of the hard work Steve and our staff bring every day to deliver a series different than anything else on daytime television,” said Executive Producer Shane Farley. “We look forward to continuing to set ourselves apart in season two.”

“It has always been a dream of mine to spend more time on the 405,” said Steve Harvey. “Another dream of mine has been to bring laughs to daytime television. Here’s to killing two birds with one stone with a season two renewal.”

One of the most prolific entertainers on television, Steve Harvey is the host of six television series. Harvey recently hosted Fox’s New Year’s Eve special which increased total viewership by 98% from last year, marking an all-time high for the program.