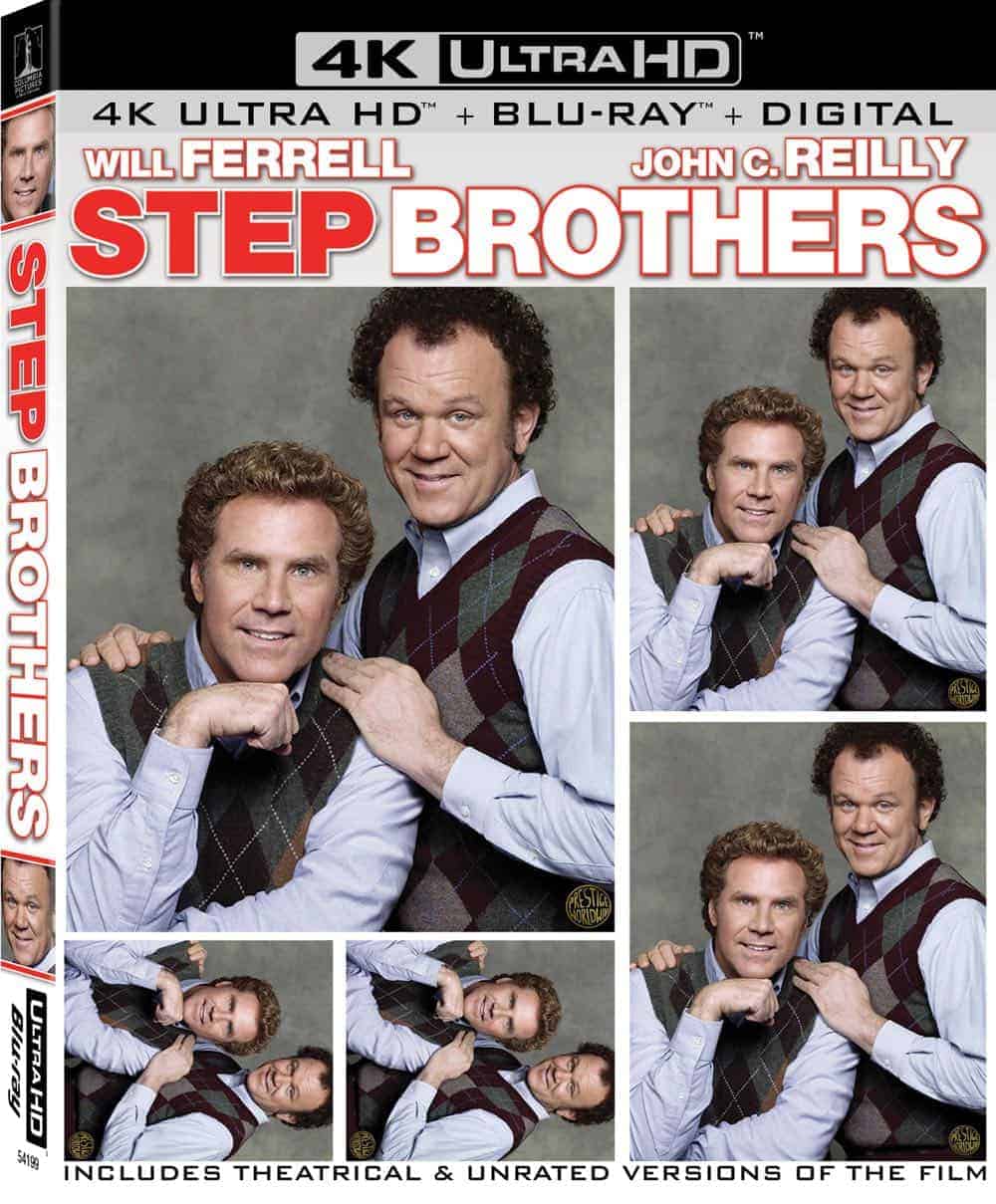 A must-own for comedy fans, the 4K Ultra HD disc release of STEP BROTHERS includes both the theatrical and unrated versions of the movie in 4K with High Dynamic Range and exclusive Dolby Atmos audio, as well as the Blu-ray with all previously released bonus content.

SYNOPSIS:
BrennanHuff, is a sporadically employed thirty-nine-year-old who lives with his mother, Nancy. Dale Doback, is a terminally unemployed forty-year-old who lives with his father, Robert. When Robert and Nancy marry and move in together, Brennan and Dale are forced to live with each other as stepbrothers
. As their narcissism and downright aggressive laziness threaten to tear the family apart, these two middle-aged, immature, overgrown boys will orchestrate an insane, elaborate plan to bring their parents back together. To pull it off, they must form an unlikely bond that maybe, just maybe, will finally get them out of the house.