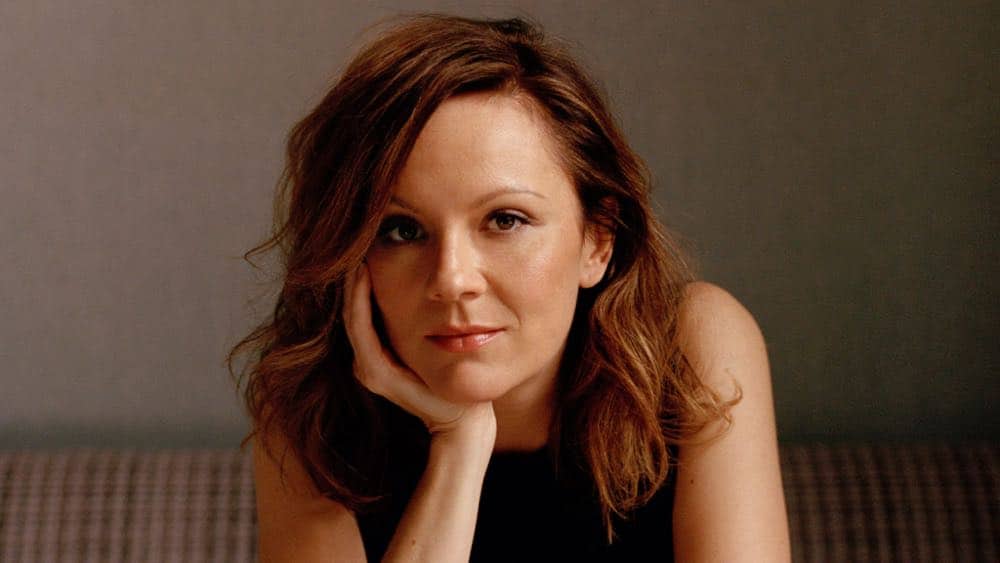 Coming off the successful earlier series THE BLETCHLEY CIRCLE, our heroines Millie (Rachael Stirling) and Jean (Julie Graham) are back for a second series where they get caught up in an investigation into the death of a friend who died 14 years earlier. In the intervening 4 years since the war, both Millie and Jean are feeling a bit unsettled and seek to be able to contribute more with their newfound intelligence and investigative skills. So it is too enticing to ignore when another women’s dead body turns up, albeit in San Francisco, who appears to have died in a similar manner. In an exclusive interview, Rachael Stirling talks about the fun of bringing her character Millie back for another BLETCHLEY CIRCLE mystery and adventure.

The return to THE BLETCHLEY CIRCLE brings your character Millie back 4 years later. Why did you want to revisit this character after such a significant time gap for her?
RACHAEL: I always wanted to revisit Millie. I have to say we never expected to do a second series in the first place. We thought of it as a ‘why not?’ So I guess you can’t keep a good woman down. People love her in the show. The big fan base that we have in Canada and the US were vociferous in their love for these characters and wanted to bring them back. I’ve always loved Millie’s wonderful bombast and her ‘can do’ mentality. Just getting it on with it in ‘naval gazes,’ she wouldn’t know what to do with herself in the modern world, everyone’s taking selfies and talking about their feelings a bit too much. She’s one of the ‘just get on with it’ who really only wants to find a person for herself at night post-war now that her wartime experience is no longer something that she can’t put them on her CV. So she goes through life trying to find a purpose. Although it seems a bit bananas, it also seems viable to me that she would go on this adventure and go to San Francisco and try and find out what happened to her friend all those years ago. It’s not actually 14 years after the last series. It’s 14 years after the death of her friend Claire at Bletchley. We pick up four years after the last series. So it’s a joy. It’s like saying ‘hello’ to an old friend, and I’m really glad we did it.

You also got to work with Julie [Graham] again, so that must have been tremendous fun.
RACHAEL: [Laughs] It was a nightmare! All she does is try to make me laugh! I very much love working with Jules. We shared my first ever dressing room in the theater 20 years ago, and we’ve been friends ever since. When you work with somebody that you love, there’s a glorious short-cut of communication. You’re not sort of dancing around, trying to discover where the other actor is and where you’re doing things. It’s much more direct. We can tell each other to fuck off. We can tell each other to hurry up. We can say ‘oh god, that line didn’t make any sense.’ We just sort of collaborate. I suppose that’s sort of how this whole show came about. It’s a big series of collaborating, both between America and England, and between these women. It’s lovely working with Jules because we collaborate well together.

It seems like the characters you both inhabit are determined to carve out a path for themselves as intelligent, capable, and inspiring women, but the world wasn’t quite ready to allow them that space so they decided to push through and do it any way.
RACHAEL: Absolutely. They just want to find a purpose. They believe that they’ve got something to contribute. But because they’re so underestimated by the great wide world, they’re able to operate undercover in plain site, as it were. They’re able to investigate and go about these investigations, and nobody suspects them. People’s expectations of them are so low that they can operate in the society without arousing suspicion. Because women were considered in a sexist, in a sexual — and of course this is entertainment, the suspension of disbelief is necessary — we take the idea of fine, bright women — operating undercover — and putting it into that wonderful tradition of ‘who done it’ thing. So there’s an element of fantasy, of course there is. But the sort of nugget of reality is that they were in real-life these very wildly qualified women who were never allowed to contribute to society like they should have done. Post-war, they were back into their domestic holes and told to shut up about what it was that they’d accomplished. It is a fantastical telling of what might have happened to these women had they set about solving murders, crimes, and rectifying all kinds of other injustices in society. There are a couple of episodes — episodes five and six directed by wonderful Alexandra La Roche. It’s not about dead bodies, it’s about the gay underworld. It’s about communism. We sort of investigate 1950’s San Francisco and that underground section of society. So it’s not just about dead bodies. We take it in a different direction. It’s really satisfying to explore society back in those days, and also for for Jean and Millie. For them to come to San Francisco — to come across these subsets of society and go on their own journeys and have their eyes are opened wide by their experiences in the new world — I think it’s wonderfully done and Millie especially loves ‘what passed is new.’ I think for Jean, it’s more complicated. She’s less of an adventurer than Millie. But Millie takes this new world like a duck to water and finds great joy in it.

They also got to meet Iris (Crystal Balint) and Hailey (Chanelle Peloso), and it’s great seeing how the two cultures from the US and UK, and how welcoming they were amongst the cultures even at that time.
RACHAEL: Exactly, I’m glad you enjoyed it. Again, it’s about collaboration. It’s about how these women collaborate and how they put their minds together for the greater good. It’s a lovely echo of the spirit of collaboration that won us the war actually. I suppose it’s a wonderful example of bilateralisms that we put bilaterals and trade deals. This is very much an argument for the spirit of collaboration between nations and what can be achieved when that is allowed to take place.

I can see that all these women not doing this for this one-off adventure, so to speak. It seems like something in their blood that they would want to pursue for the rest of their lives.
RACHAEL: Yeah, I think so. I think once you’ve got a sniff of something like this and a feeling that properly achieved and something in terms of bringing justice to society, I do think that that in itself is addictive. And you get a sniff of fighting that, and the sense of justice filling your purpose, it’s something that you wouldn’t be able to sweep back under a carpet and hide. And they do become, especially young Hailey, it becomes — what’s the word — she’s thrilled by this new purpose that these women have brought her to, and it’s stimulating and it’s, yes, exactly — addictive.