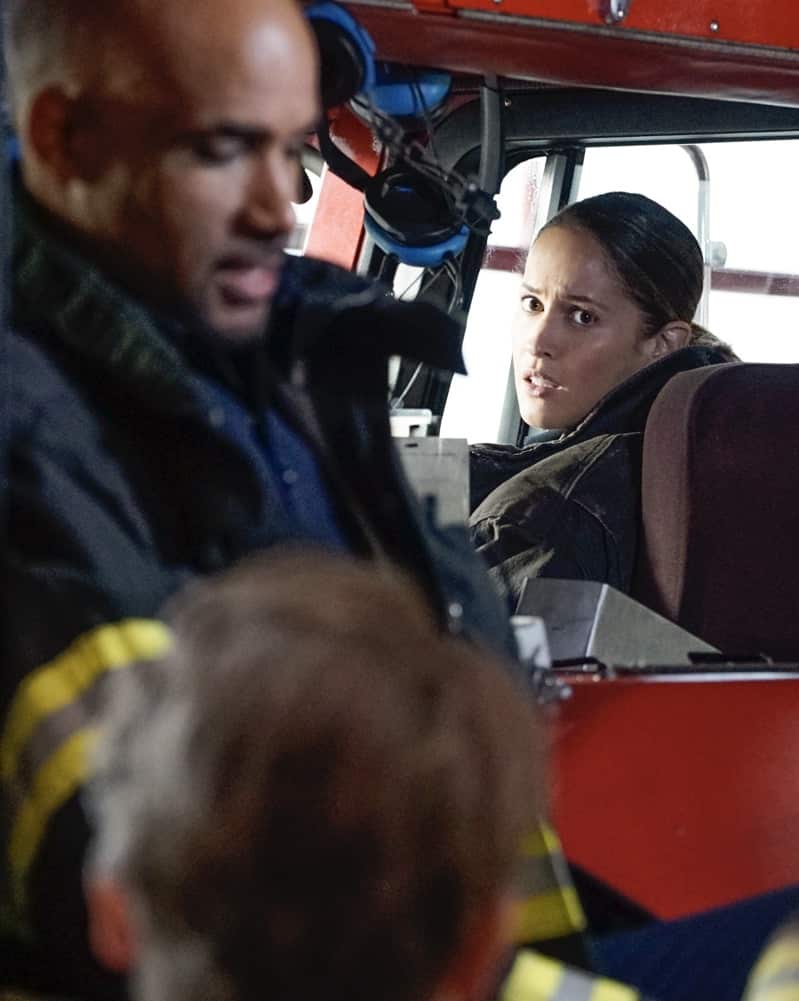 Promo photos from Station 19 season 4 episode 7 “Learning to Fly” – The Station 19 crew is called to a cult gathering where they find their leader, Brother John, dancing on the roof and claiming he can fly. Meanwhile, Travis gets a surprise visit from his father, and Dean makes a difficult decision that could affect his career trajectory on an all-new episode of “Station 19,” THURSDAY, MARCH 18 (8:00-9:00 p.m. EST), on ABC. (TV-14, DLSV) Episodes can also be viewed the next day on demand and on Hulu.