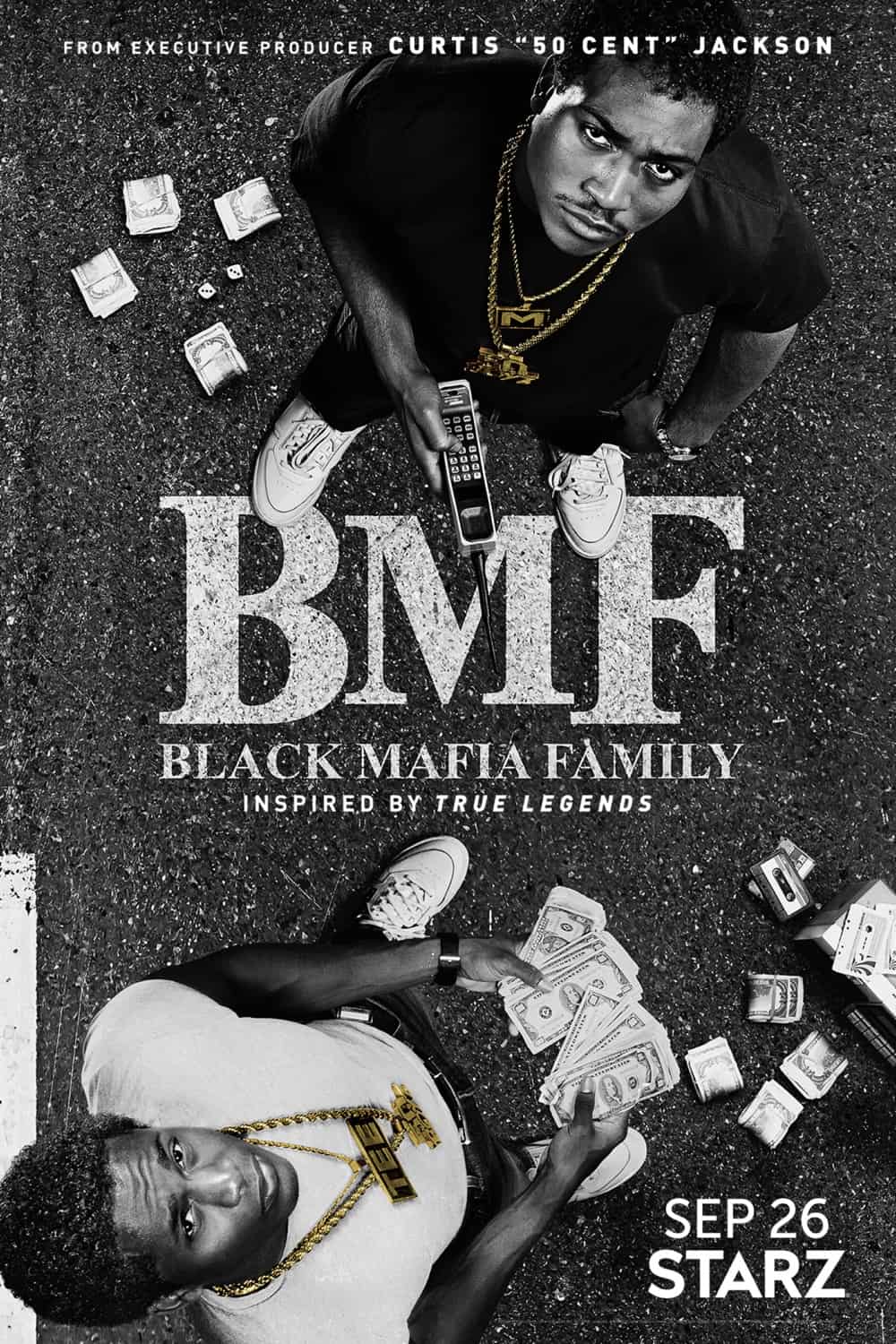 STARZ released the official trailer and key art today for the highly anticipated Detroit-based family drama “BMF.” The new STARZ original series will premiere worldwide on Sunday, September 26 across all STARZ platforms, including at 9 PM ET/PT on STARZ in the U.S. and Canada, and will air day and date internationally on the STARZPLAY premium streaming platform across its complete footprint in Europe, Latin America and Japan. In addition, new images from the series, including photos featuring recurring cast member Snoop Dogg (Dolemite Is My Name, Soul Plane, Training Day) as “Pastor Swift,” were released out of the Television Critics Association (TCA) Summer 2021 Press Tour.

“BMF” is executive produced by Curtis “50 Cent” Jackson (co-creator of the “Power” Universe, “For Life”), alongside showrunner, executive producer, writer and Detroit native Randy Huggins (“Star,” “Rebel,” “Power”). Tasha Smith (“Empire,” “Power,” Why Did I Get Married?) is set to direct multiple episodes and executive produce. Terri Kopp, Anthony Wilson and Anne Clements also serve as executive producers on the series. “BMF” is produced through Jackson’s G-Unit Film and Television in association with Lionsgate Television for STARZ.

About “BMF”
“BMF” is inspired by the true story of two brothers who rose from the decaying streets of southwest Detroit in the late 1980s and gave birth to one of the most influential crime families in this country. Demetrius “Big Meech” Flenory’s charismatic leadership, Terry “Southwest T” Flenory’s business acumen and the fraternal partnership’s vision beyond the drug trade and into the world of hip-hop would render the brothers iconic on a global level. Their unwavering belief in family loyalty would be the cornerstone of their partnership and the crux of their eventual estrangement. This is a story about love, kinship and capitalism in the pursuit of the American dream.

About STARZ
STARZ (www.starz.com), a Lionsgate company, is a leading global media streaming platform committed to delivering premium content that amplifies narratives by, about and for women and underrepresented audiences. STARZ is home to the highly-rated and first-of-its-kind STARZ app that offers the ability to stream or download STARZ premium content, as well as the flagship domestic STARZ® service, including STARZ ENCORE, 17 premium pay TV channels, and the associated on-demand and online services. In 2018, STARZ launched its STARZPLAY international premium streaming platform to provide subscribers access to the “best of global SVOD.” STARZPLAY, coupled with its STARZPLAY ARABIA joint venture, has expanded its global footprint into more than 55 countries throughout Europe and Latin America along with Canada, Japan, India and Indonesia. STARZ and STARZPLAY are available across digital OTT platforms and multichannel video distributors, including cable operators, satellite television providers, and telecommunications companies around the world. In February 2021, STARZ launched #TakeTheLead, a multi-faceted and innovative inclusion initiative expanding its existing efforts to improve representation on screen, behind the camera and throughout the company.