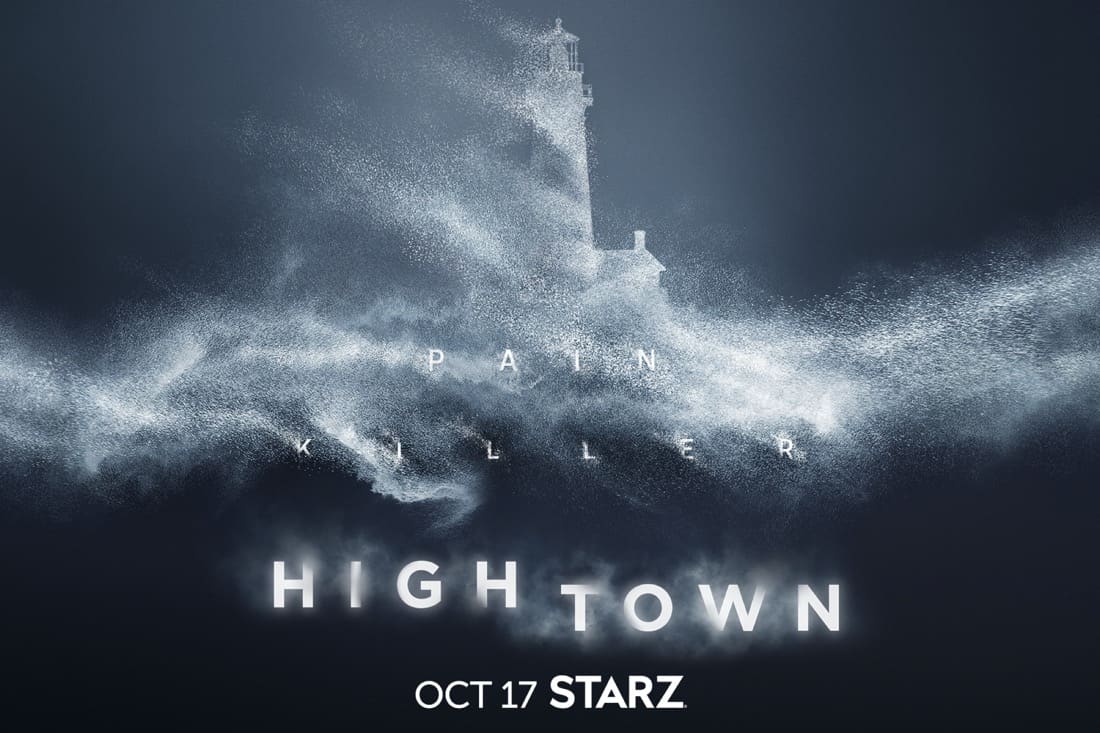 Today at the Television Critics Association (TCA) Summer 2021 Press Tour, STARZ President of Domestic Networks Alison Hoffman announced the second season of the critically acclaimed crime drama “Hightown” will premiere Sunday, October 17 across all STARZ platforms, including at 9 PM ET/PT on STARZ in the U.S. and Canada, and will air day and date internationally on the STARZPLAY premium streaming platform across Europe, Latin America and Japan. STARZ also released four first look images from the highly anticipated second season.

About “Hightown” Season Two
In the second season of “Hightown,” the picture-perfect version of summer on Cape Cod clashes with its off-season reality. Jackie Quinones (Monica Raymund) achieving her dream of becoming a real cop, is out to do some good in this world. Thrust immediately into the crime wave of deadly carfentanyl flooding the Cape, Jackie is laser-focused on bringing down drug dealer Frankie Cuevas (Amaury Nolasco), the man Jackie holds responsible for the death of her best friend, Junior. For Jackie, it is personal but then again, for Jackie, everything is personal. When Frankie’s cousin Jorge (Luis Guzmán) joins his operation, he introduces a new level of violence and chaos. With disgraced officer Ray Abruzzo (James Badge Dale) off the force and mired in depression, Jackie finds a new partner in Leslie (Tonya Glanz), the only other female on the force. Through it all, Jackie must walk the tightrope of sobriety as she struggles to stay above an ocean of secrets, betrayal and the shame and failure of her past. Riley Voelkel, Atkin Estimond, and Dohn Norwood also star.

About STARZ
STARZ (www.starz.com), a Lionsgate company, is a leading global media streaming platform committed to delivering premium content that amplifies narratives by, about and for women and underrepresented audiences. STARZ is home to the highly-rated and first-of-its-kind STARZ app that offers the ability to stream or download STARZ premium content, as well as the flagship domestic STARZ® service, including STARZ ENCORE, 17 premium pay TV channels, and the associated on-demand and online services. In 2018, STARZ launched its STARZPLAY international premium streaming platform to provide subscribers access to the “best of global SVOD.” STARZPLAY, coupled with its STARZPLAY ARABIA joint venture, has expanded its global footprint into more than 55 countries throughout Europe and Latin America along with Canada, Japan, India and Indonesia. STARZ and STARZPLAY are available across digital OTT platforms and multichannel video distributors, including cable operators, satellite television providers, and telecommunications companies around the world. In February 2021, STARZ launched #TakeTheLead, a multi-faceted and innovative inclusion initiative expanding its existing efforts to improve representation on screen, behind the camera and throughout the company.

About Lionsgate
Combining the STARZ premium global subscription platform with world-class motion picture and television studio operations, Lionsgate (NYSE: LGF.A, LGF.B) brings a unique and varied portfolio of entertainment to consumers around the world.  Its film, television, subscription and location-based entertainment businesses are backed by a 17,000-title library and the largest collection of film and television franchises in the independent media space.  A digital age company driven by its entrepreneurial culture and commitment to innovation, the Lionsgate brand is synonymous with bold, original, relatable entertainment for the audiences it serves worldwide.