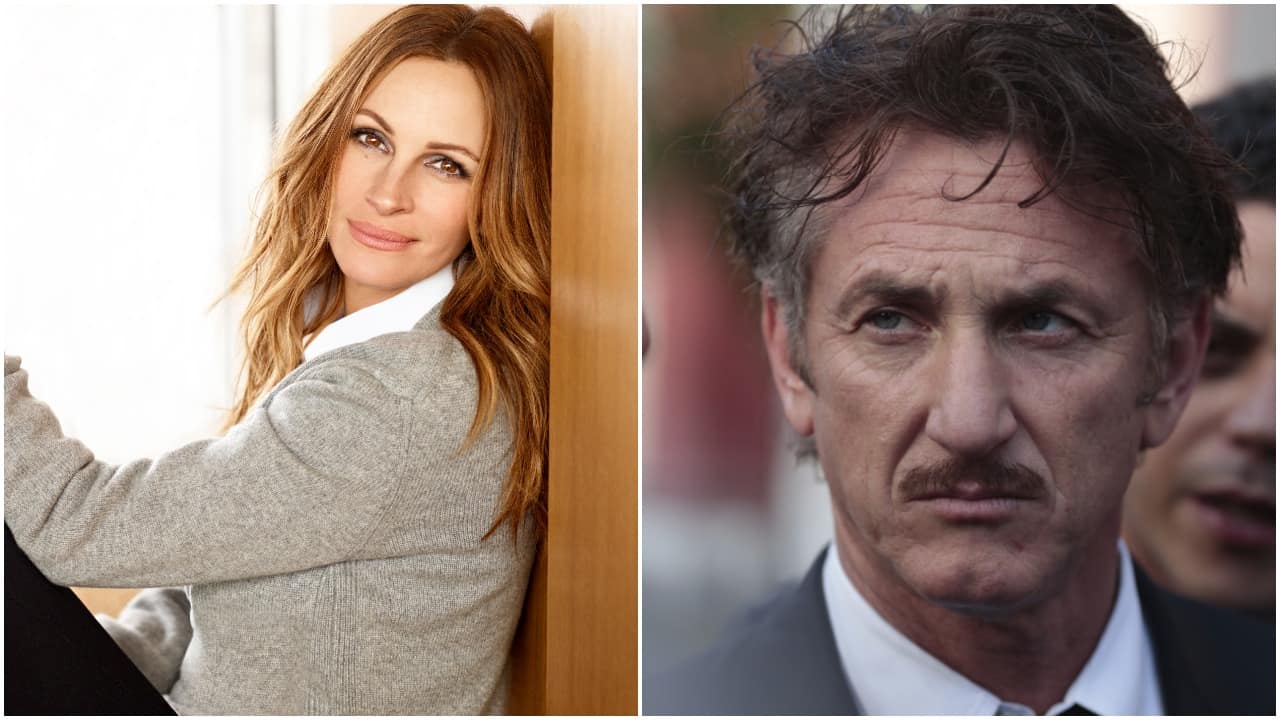 “Gaslit” is the newest title from Starz who recently launched its #TakeTheLead initiative, the company’s comprehensive effort to deepen its existing commitment to narratives by, about and for women and underrepresented audiences.

“In ‘Gaslit,’ we not only have the opportunity to tell an incredible untold story in bringing Martha Mitchell’s historic role in Watergate to the forefront, but we are also incredibly lucky to have a dream cast including Julia and Sean and the best creative team and partners we could have asked for,” said Christina Davis, President of Original Programming for Starz. “We could not be more excited to bring this story to the global Starz audience and continue the network’s commitment to spotlighting premium stories that appeal to women while super serving our core audience.”

“Gaslit” is a modern take on Watergate that focuses on the untold stories and forgotten characters of the scandal – from Nixon’s bumbling, opportunistic subordinates, to the deranged zealots aiding and abetting their crimes, to the tragic whistleblowers who would eventually bring the whole rotten enterprise crashing down.

“I’m so happy to have the opportunity to share the heartbreaking, fascinating story of Martha Mitchell with the world,” said showrunner and executive producer Robbie Pickering. “Martha was the first and loudest voice to speak out against the bumbling criminality of a crooked Presidential administration and she was one of the most complicated public martyrs of the era. To find anyone willing to tell her story is a dream. To be making it with Sam, Julia, Sean, Matt, UCP and Starz seems impossible. I’m over the moon.”

The story will center on Martha Mitchell, played by Roberts. A big personality with an even bigger mouth, Martha is a celebrity Arkansan socialite and wife to Nixon’s loyal Attorney General, John Mitchell, played by Penn. Despite her party affiliation, she’s the first person to publicly sound the alarm on Nixon’s involvement in Watergate, causing both the Presidency and her personal life to unravel. As Attorney General, Mitchell is Nixon’s most trusted advisor and best friend. Temperamental, foulmouthed and ruthless – yet hopelessly in love with his famously outspoken wife – he’ll be forced to choose between Martha and the President.

Along with Pickering and Ross, Sam Esmail (“Homecoming,” “Mr. Robot”), via his overall deal with UCP, and Chad Hamilton (“Mr. Robot,” “Homecoming”) serve as executive producers under their production banner Esmail Corp. Roberts will executive produce under her banner Red Om Films along with co-executive producers Lisa Gillan and Marisa Yeres Gill. Anonymous Content and Slate’s Gabriel Roth and Josh Levin will also executive produce. Leon Nayfakh, who created the podcast, will consult on the project.

“Gaslit” reunites Esmail and Roberts in their second television project together. The first was season one of Golden Globe®-nominated “Homecoming.”

An Academy Award winner for Erin Brockovich, Julia Roberts has appeared in many of Hollywood’s most successful films, worked with the industry’s most esteemed directors, and her films have grossed more than $3 billion worldwide. She first came to the attention of audiences with her critically acclaimed role in Mystic Pizza. Then, with Steel Magnolias, she received her first Academy Award® nomination. Her next film, Pretty Woman, was the top-grossing film of 1990 and brought Roberts her second Academy Award® nomination. In 1997, she starred in the box-office smash My Best Friend’s Wedding, and soon after, opposite Susan Sarandon and Ed Harris in Stepmom. In 1999, she starred in two box-office hits: Notting Hill, costarring Hugh Grant, and Runaway Bride.

Since 2000’s Erin Brockovich, she has starred in three films by director Stephen Soderbergh: Ocean’s Eleven, Ocean’s Twelve and Full Frontal. In Summer 2010, Roberts starred in the Ryan Murphy directed film Eat, Pray, Love, based on the best-selling memoir by Elizabeth Gilbert. She received another Academy Award® nomination – as well as nominations for a Golden Globe Award, a Screen Actors Guild Award and a Critics’ Choice Award – for her part in August: Osage County, released in December 2013.

Roberts received Emmy and Screen Actors Guild Award nominations for her role in The Normal Heart, which premiered on HBO in May 2014. In 2017, Roberts starred in the hit movie Wonder, alongside Jacob Tremblay and Owen Wilson. Most recently, she starred in Amazon’s TV series “Homecoming,” in which she was nominated for a Golden Globe and Critics Choice Award. She’s also recently starred in the film Ben is Back with Lucas Hedges.

Sean Penn is a five-time Oscar-nominated actor and twice won the Academy Award for Best Actor for his performances in Clint Eastwood’s Mystic River and Gus Van Sant’s Milk. He has worked as an actor, writer, producer, and director on over one hundred theater and film productions and has authored two novels and numerous articles. Penn is the founder of CORE, a non-profit dedicated to saving lives and strengthening communities affected by or vulnerable to crisis. During the world’s greatest health crisis, CORE’s staff and volunteers are currently working to support equitable distribution of COVID-19 vaccines and operating free COVID-19 testing sites across the United States with a focus on serving vulnerable and underserved communities. Penn recently completed his latest directorial endeavor, Flag Day in which he also stars alongside Dylan Penn, Katheryn Winnick and Josh Brolin.

Writer, director and actor Matt Ross has written and directed many short films, some of which, along with his first feature 28 Hotel Rooms, premiered at the Sundance Film Festival. Captain Fantastic, his second feature film, also premiered at the Sundance Film Festival, then played in the Un Certain Regard section of the Cannes Film Festival, where Ross won the Prix de la Mise en Scène (the Best Director prize), before going on to win many other awards in the US and internationally. As an actor, Ross has worked with such directors as Martin Scorsese, Mary Harron, Terry Gilliam, and John Woo, among others. He also played Alby Grant on “Big Love” and Gavin Belson on “Silicon Valley.”

“Gaslit” will air on STARZ in the U.S. and Canada and on its international streaming platform Starzplay across Europe, Latin America and Japan.

ABOUT STARZ
Starz (www.starz.com), a Lionsgate company (NYSE: LGF.A, LGF.B), is the global media company taking the lead in streaming premium content that spotlights a spectrum of women both in front of and behind the camera for audiences worldwide. Starz is home to the flagship domestic STARZ® service, including STARZ ENCORE, 17 premium pay TV channels and the associated on-demand and online services, as well as the proprietary and highly-rated STARZ app. In 2018 Starz launched its Starzplay international premium streaming platform and, coupled with its Starz Play Arabia venture, has since expanded its global footprint into fifty countries throughout Europe, Latin America, Canada, Japan and India. The essential complement to any subscription platform, STARZ and Starzplay are available across digital OTT platforms and multichannel video distributors, including cable operators, satellite television providers, and telecommunications companies around the world. Starz offers subscribers more than 7,500 distinct premium television episodes and feature films, including STARZ Original series, first-run movies and other popular programming.