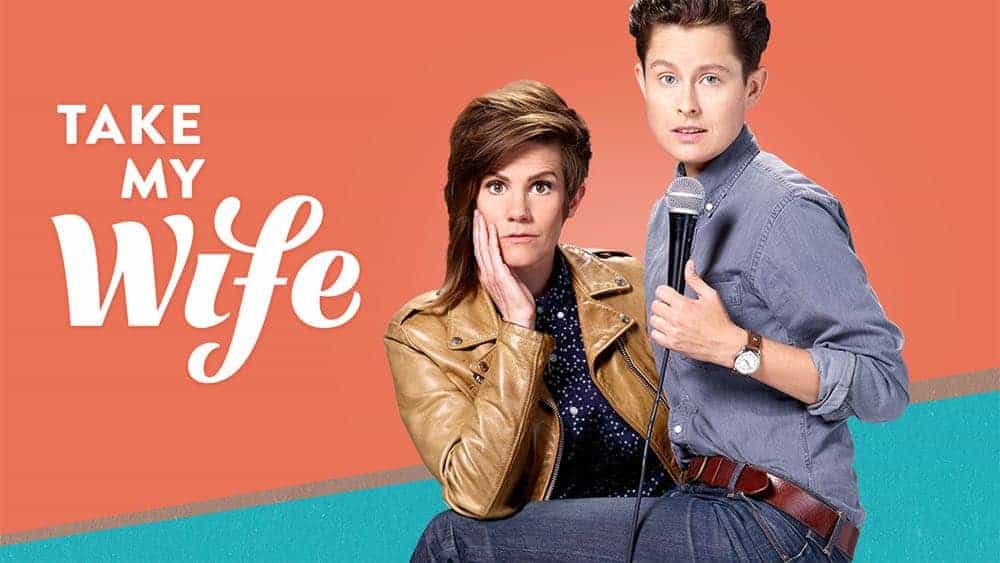 Also included in Starz’s acquisition are “The UCB Show,” “New York’s Funniest,” “Brian Posehn: Criminally Posehn” and “Lachlan Patterson Live from Venice Beach,” which will be available beginning Tuesday, May 1st for download or streaming via the STARZ App and STARZ ON DEMAND. Also recently acquired, “The Pistol Shrimps” documentary will be available June 1 and “Andy Richter’s Home for the Holidays” will be available October 1 via the app and on demand. The STARZ App offers subscribers access to more than 7,000 movie and television series selections including STARZ Originals “Power,” “Counterpart,” and “Outlander,” among others

“We are excited to address the uncertain fate of several Seeso series, including the beloved ‘Take My Wife,’ by providing a new home for these programs and their fans at Starz,” said C. Brett Marottoli, Head of Program Acquisitions for Starz. “These comedies align strategically with many STARZ Original series and will appeal to our audiences as we continue featuring diverse casts and storylines across the STARZ platforms.”

The critically-acclaimed, GLAAD award-nominated “Take My Wife” is a half-hour, single-camera original series that follows real-life couple Cameron Esposito and Rhea Butcher as they share their lives as stand-up comedians who are balancing work, relationships, and the breaking down of gender barriers. “Take My Wife” is one of the few scripted series to specifically focus on queer women and the first scripted series co-created by and co-starring a queer married couple.

“The fan response to ‘Take My Wife’ has been so positive and overwhelming and we’re beyond excited that Starz will bring the show to even more people,” said Rhea Butcher.

Added Cameron Esposito, “I mean, we’re stars so it’s perfect that we’re gonna be on STARZ.”

Starz acquired the content in a licensing agreement with NBCUniversal Television and New Media Distribution.

Hundreds of hopeful comics who think they have what it takes to be “New York’s Funniest,” come to the famed Caroline’s in New York City, where they perform sets for a panel of judges. Semifinals and finals are hosted by “Saturday Night Live” stars Leslie Jones and Michael Che.

Brian Posehn brings his signature style to Comic-Con in San Diego and rocks the House of Blues in this new hour featuring hilarious stand-up and some over-the-top surprises.

Lachlan Patterson, known for his scalpel-sharp wit, shares his musings about make-up, mugshots & more. He brings his hour to the town he loves and calls home: Venice Beach.

Comedy is a family affair for brothers and comedy duo Randy and Jason Sklar (“Entourage,” “It’s Always Sunny in Philadelphia,” “Maron,” “Curb Your Enthusiasm”). Their brotherly chemistry, unique team delivery and complementary styles contribute to the incomparable energy of their shows. Filmed at the Lincoln Hall theater in Chicago, this all-new stand-up special from the Sklar Brothers tackle topics such as politics, parenting, canine racism and who might haunt us in the afterlife.

This documentary focuses on an eclectic group of actresses, musicians, writers, comedians, and moms who compete in the Los Angeles women’s recreational basketball league. The team that started it all is the Pistol Shrimps, whose lineup includes Aubrey Plaza (“Parks & Recreation”). From inspiring a podcast to creating their own merchandise, this group of exceptional women proves that organized sports can be enjoyed at any age and any skill level.