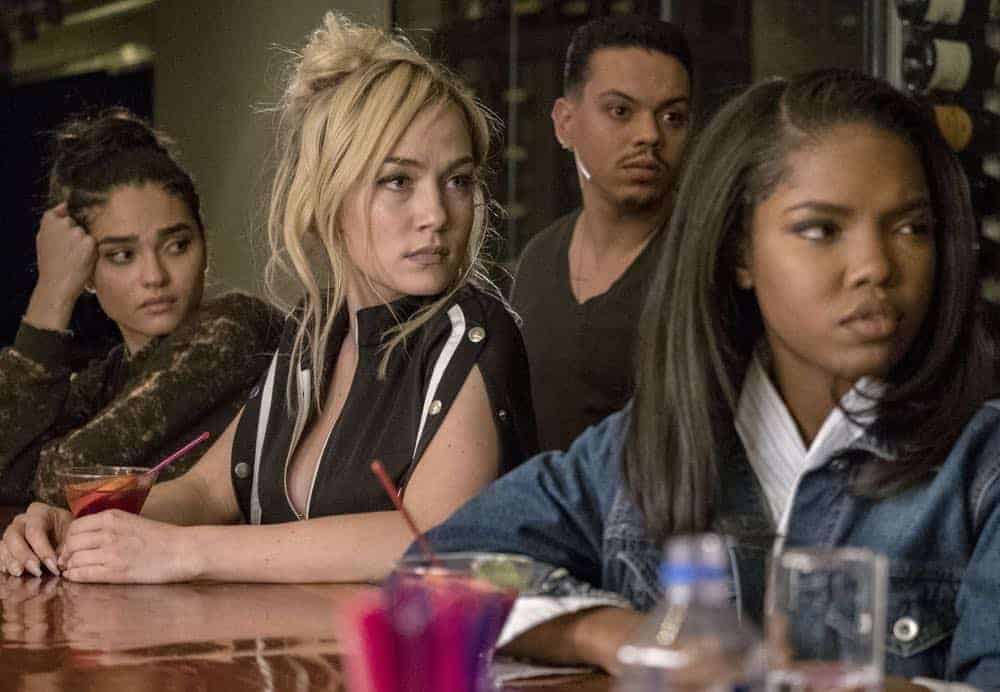 Next up for the Midtown Sound artists is a scheduled performance at a Pride Parade in New Orleans, but when a safety threat puts them on lockdown, they are forced to face their issues head-on. Meanwhile, Alex’s mother, Rose Crane (guest star Naomi Campbell), makes a selfish surprise visit to see her daughter in light of recent news surrounding her husband. Then, Maurice’s job is on the line when Ayanna returns to the label and quickly learns that Natalie (guest star Meagan Good), the regional promoter he’s brought on, is up to no good. Also, Cotton tries to connect her identity and her past, and Derek is at odds with grandma Ruby (guest star Jaunita Jennings) in the all-new “Let the Good Times Roll” episode of STAR airing Wednesday, May 2 (9:00-10:00 PM ET/PT) on FOX. (LDS-215) (TV-14, D, L, S, V)  STAR Season 2 Episode 15 Photos Let The Good Times Roll.