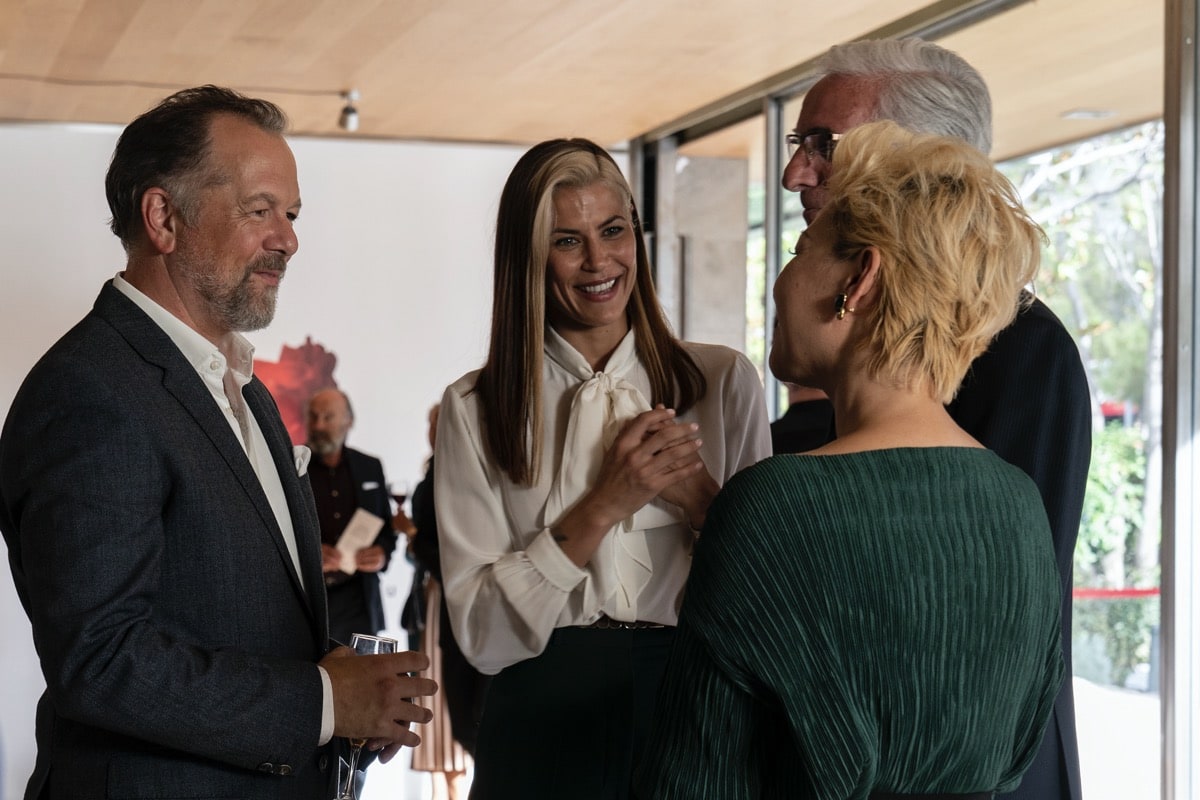 SOULMATES Season 1 Episode 2 Photos The Lovers “The Lovers” New, 10/12/2020, Season 1 / Episode 2 , Drama, Romance Two people jump into a passionate love affair when a woman shows a man proof that she is his soulmate, and the man feels his life shifting drastically, but what should be a scientifically proven perfect match is not all that it seems.

From AMC Studios, Soulmates is set fifteen years into the future, when science has made a discovery that changes the lives of everyone on the planet – a test that unequivocally tells you who your soulmate is. In a first-ever format for AMC, each of the six episodes will feature a different cast and explore an entirely new story around discovering (or opting not to discover) the results of this new test and the impact of those results on a myriad of relationships.

AMC is home to some of the most popular and acclaimed programs on television. AMC was the first basic cable network to ever win the Emmy® Award for Outstanding Drama Series with Mad Men in 2008, which then went on to win the coveted award four years in a row, before Breaking Bad won it in 2013 and 2014. The network’s series The Walking Dead is the highest-rated series in cable history. AMC’s current original drama series are Better Call Saul, Fear the Walking Dead, The Terror, Preacher, McMafia, Lodge 49, NOS4A2, as well as the forthcoming series Dispatches from Elsewhere, Quiz, The Walking Dead: World Beyond, Soulmates, and the recently greenlit 61st Street and Kevin Can F**k Himself. AMC also explores authentic worlds and discussion with original shows like Talking Dead, AMC Visionaries and Ride with Norman Reedus. AMC is owned and operated by AMC Networks Inc. and its sister networks include IFC, SundanceTV, BBC America and WE tv. AMC is available across all platforms, including on-air, online, on demand and mobile.