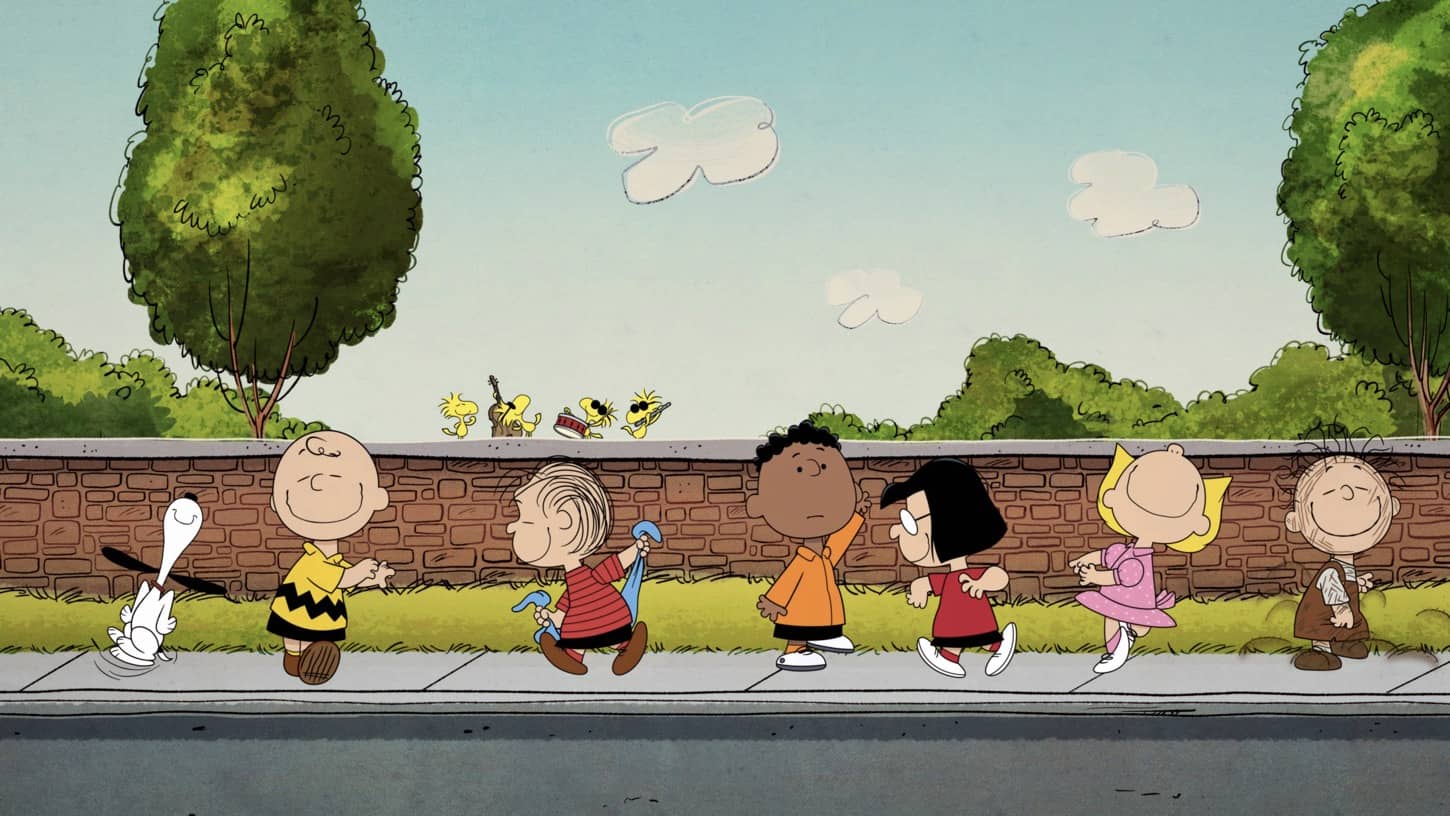 Apple TV+ has teamed up with WildBrain, along with Peanuts Worldwide and Lee Mendelson Film Productions, to become the home for all things Peanuts, bringing together new original series and specials, along with the iconic, beloved specials to fans around the world, all in one place.

New animated Peanuts originals coming to Apple TV+ include a second season of the Daytime Emmy-nominated “Snoopy in Space,” and a slate of brand-new specials that will find the Peanuts gang marking Mother’s Day, Earth Day, New Year’s Eve and Back to School – all to be produced by WildBrain’s animation studio. The new series and specials join the previously announced “The Snoopy Show,”; a brand-new Peanuts 70th anniversary documentary film from Imagine Documentaries and WildBrain; and the Daytime Emmy Award-winning “Peanuts in Space: Secrets of Apollo 10.”

The original programs and new specials will also soon stream globally alongside iconic Peanuts specials, including “A Charlie Brown Christmas,” “Charlie Brown Thanksgiving” and “It’s the Great Pumpkin, Charlie Brown.” The Halloween special will begin streaming globally on Apple TV+ on October 19, and will be available for free from October 30 until November 1 as a special treat on Apple TV+.

Just in time for Thanksgiving, Apple TV+ will launch “A Charlie Brown Thanksgiving” on November 18, and the special will be available for free from November 25 until November 27.

The Peanuts gang will also deck the halls with the premiere of “A Charlie Brown Christmas,” streaming exclusively on Apple TV+ on December 4. The holiday special will be available to enjoy for free from December 11 until December 13.

About Apple TV+
Apple TV+ is available on the Apple TV app in over 100 countries and regions, on over 1 billion screens, including iPhone, iPad, Apple TV, iPod touch, Mac, select Samsung, LG, Sony, and VIZIO smart TVs, Amazon Fire TV and Roku devices, and at tv.apple.com, for $4.99 per month with a seven-day free trial. For a limited time, customers who purchase a new iPhone, iPad, Apple TV, Mac, or iPod touch can enjoy one year of Apple TV+ for free. This special offer is good for three months after the first activation of the eligible device.

About WildBrain
At WildBrain we inspire imaginations to run wild, engaging kids and families everywhere with great content across all media. With approximately 13,000 half-hours of filmed entertainment in our library – one of the world’s most extensive – we are home to such brands as Peanuts, Teletubbies, Strawberry Shortcake, Caillou, Inspector Gadget, Johnny Test and Degrassi. At our 75,000-square-foot state-of-the-art animation studio in Vancouver, BC, we produce such fan-favourite series as Snoopy in Space, Chip & Potato, Carmen Sandiego and more. Our shows are enjoyed worldwide in more than 150 countries on over 500 streaming platforms and telecasters, and our AVOD business – WildBrain Spark – offers one of the largest networks of kids’ channels on YouTube, garnering approximately four billion views per month from over 200 million subscribers. We also license consumer products and location-based entertainment in every major territory for our own properties as well as for our clients and content partners. Our television group owns and operates four family entertainment channels that are among the most viewed in Canada. WildBrain is headquartered in Canada with offices worldwide and trades on the Toronto Stock Exchange (TSX: WILD). Visit us at www.wildbrain.com.

About Peanuts
The characters of Peanuts and related intellectual property are owned by Peanuts Worldwide, which is 41% owned by WildBrain Ltd., 39% owned by Sony Music Entertainment (Japan) Inc., and 20% owned by the family of Charles M. Schulz, who first introduced the world to Peanuts in 1950, when the comic strip debuted in seven newspapers. Since then, Charlie Brown, Snoopy and the rest of the Peanuts gang have made an indelible mark on popular culture. In addition to enjoying beloved Peanuts shows and specials on Apple TV+, fans of all ages celebrate the Peanuts brand worldwide through thousands of consumer products, as well as amusement park attractions, cultural events, social media, and comic strips available in all formats, from traditional to digital. In 2018, Peanuts partnered with NASA on a multi-year Space Act Agreement designed to inspire a passion for space exploration and STEM among the next generation of students.