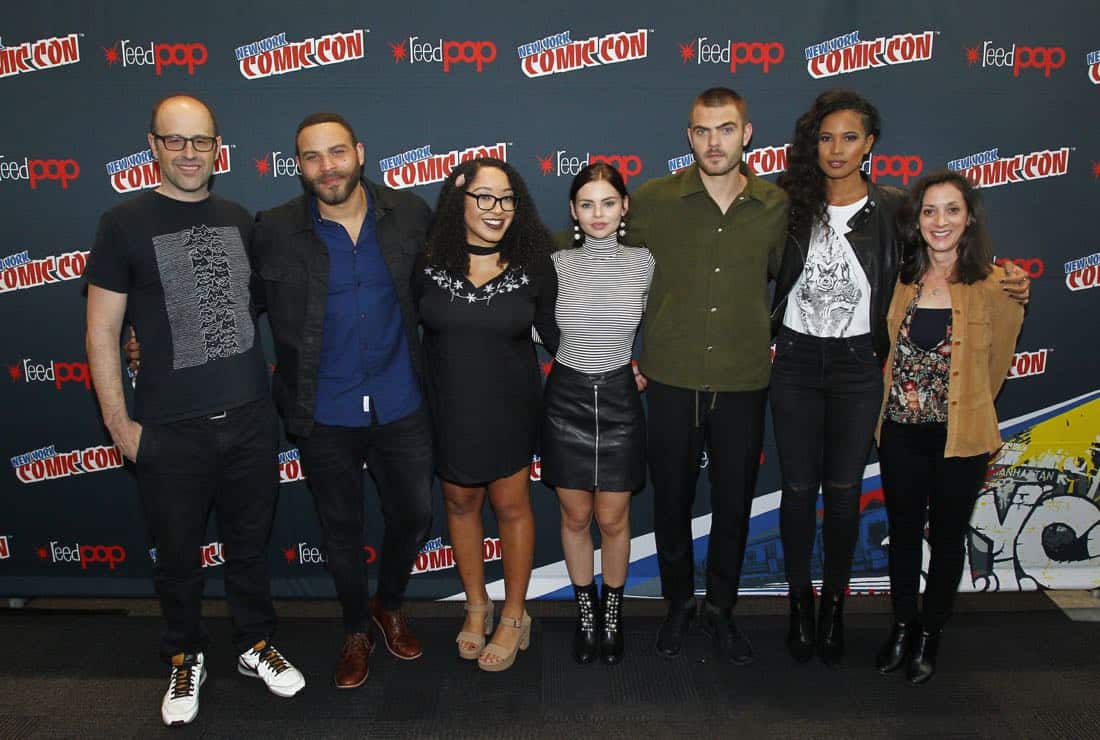 Also announced during today’s panel was the casting of Aylya Marzoff (“Grandfathered”) and Sedale Threatt Jr. (“Hap and Leonard”) who will both join the cast in recurring roles. Marzoff will portray Katrina, an alpha leader of the mermaid colony, while Threatt Jr. will portray Levi, a warrior merman with an imposing presence.

What if there was something sinister swimming beneath the sea’s surface? In Freeform’s next epic tale, “Siren,” the coastal town of Bristol Cove, known for its legend of once being home to mermaids, is turned upside down when a mysterious girl (Eline Powell) appears and begins wreaking havoc upon the small fishing town. Using their resources, marine biologists Ben (Alex Roe) and Maddie (Fola Evans-Akingbola) must work together to find out who and what drove this primal hunter of the deep sea to land, and are there more like her out there?