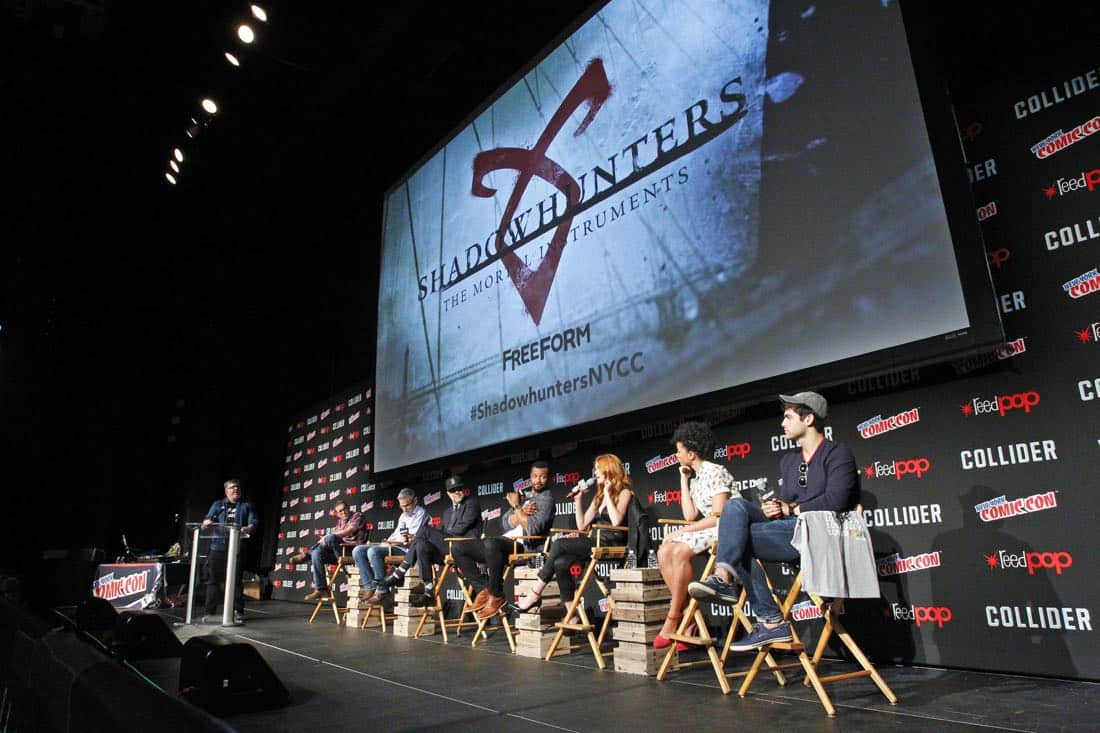 At the “Shadowhunters” panel, executive producers and cast gave fans an exclusive first look at season three which will premiere on Tuesday, April 3, 2018. Other news announced at the panel was the casting of “Hamilton” star Javier Munoz, who will play a rival warlock to Magnus Bane. Munoz couldn’t be in attendance, but sent along a video message to the fans.