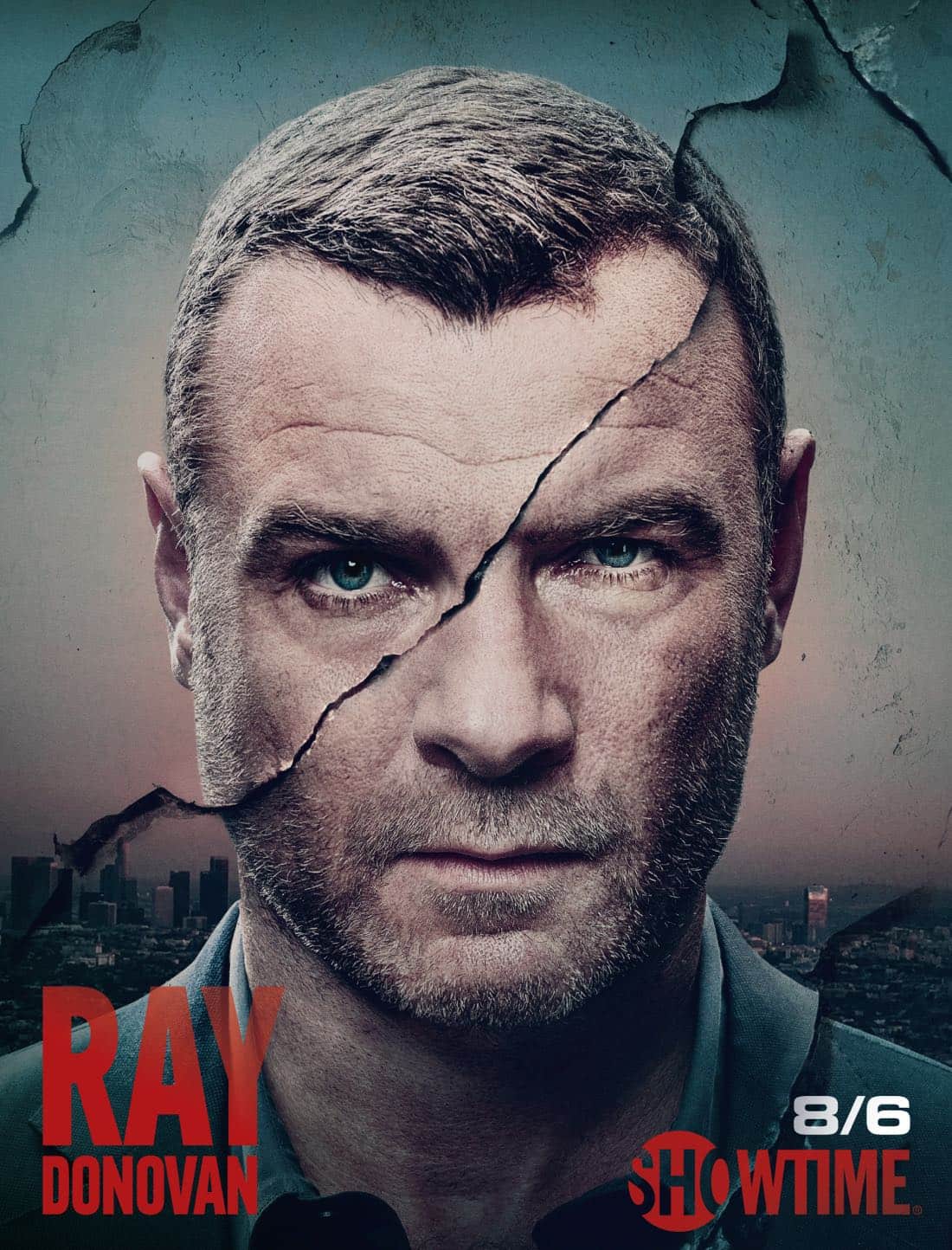 Consisting of 12 episodes, the sixth season is set to relocate from Los Angeles, where it has been based for the past five seasons, to New York City when production begins in early 2018, following an intensely emotional season five that finds Ray in turmoil and needing to rebuild his life anew. The RAY DONOVAN fifth-season finale airs this Sunday, October 29 at 9 p.m. ET/PT. RAY DONOVAN is one of the network’s top dramas and is currently averaging nearly 5 million weekly viewers across platforms.

”RAY DONOVAN broke new ground this season with its deeply emotional and innovative approach to Abby’s passing, without sacrificing any of the intensity that has been its trademark,” Levine said. “We so appreciate that David Hollander is never satisfied with the status quo, and his creative plan for moving the show to New York reflects his relentless ambition for this series.”

“For our show, creatively, New York is exciting. Fashion, media, finance, theatre, culture. It’s going to present new challenges for Ray Donovan which mean new opportunities for us as dramatists,” said showrunner David Hollander. “Ray came to Los Angeles to build a life for himself and his family. They’re not there anymore. Ray’s career has changed and he is looking for a place to rebuild his life. Ray thinks he went to New York to help his daughter. He’s going to find out he’s there to help himself.”

The current season of RAY DONOVAN finds Ray (Schreiber) turning his attention back to Hollywood and his celebrity fixer firm, while struggling to deal with the recent death of his wife and family matriarch Abby (Paula Malcomson). As the season comes to a close, Ray’s fractured relationship with his daughter Bridget (Kerris Dorsey) draws him to New York to make amends for a past wrongdoing. In the riveting season finale airing this weekend, Ray enlists the help of Hollywood mogul Sam Winslow (played by Oscar®winning actress Susan Sarandon), who agrees to help Ray, but on the condition that Ray commit a brutal act. Meanwhile, Mickey (Voight) tries to get himself out of jail by turning the tables on Ray. The cast also includes Eddie Marsan, Dash Mihok, Steven Bauer, Katherine Moennig, Pooch Hall and Devon Bagby. Additional season-five guest stars include Brian White (Chicago Fire), Adina Porter (American Horror Story), Rhys Coiro (Entourage), Lili Simmons (Hawaii Five-0), Tara Buck (True Blood), C. Thomas Howell (Criminal Minds) and Dominique Columbus (Sickhouse).  A SHOWTIME production, RAY DONOVAN is executive produced by Hollander, Mark Gordon, Bryan Zuriff and Lou Fusaro, and was created by Ann Biderman.

For more information about RAY DONOVAN, go to: SHO.com, follow on Twitter, Instagram andFacebook, and join the conversation using #RayDonovan. SHOWTIME is currently available to subscribers via cable, DBS and telco providers, and as a stand-alone streaming service through Apple®, Roku®, Amazon and Google. Consumers can also subscribe to SHOWTIME via Hulu, Sony PlayStation® Vue and Amazon Prime Video.