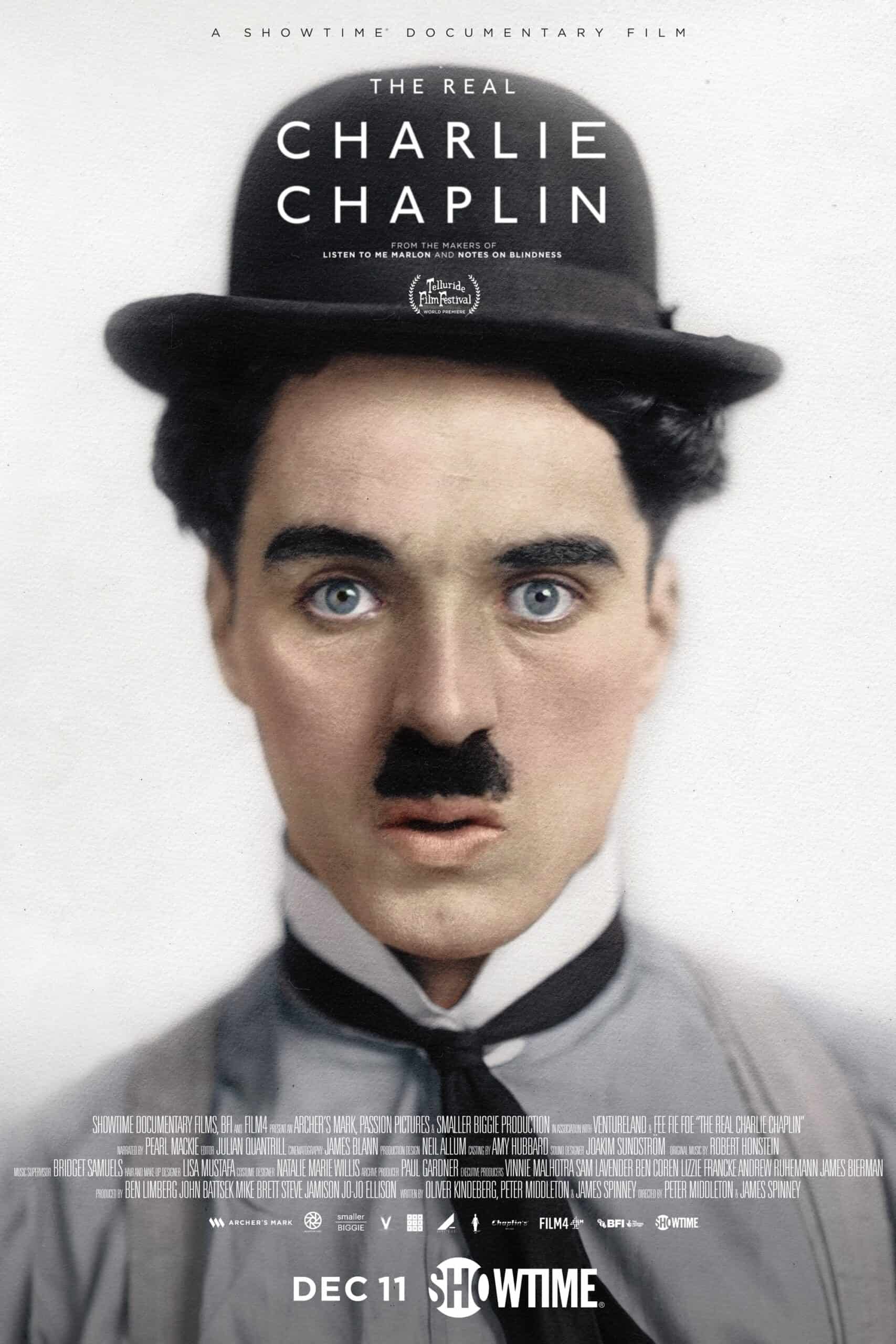 SHOWTIME announced today THE REAL CHARLIE CHAPLIN, a kaleidoscopic portrait of a man who became an immortal legend, whose life was as extraordinary as his art, will premiere Saturday, December 11, at 8 p.m. ET/PT. From award-winning directors Peter Middleton and James Spinney (Notes on Blindness) and narrated by Pearl Mackie (Doctor Who), the feature-length documentary begins its theatrical run at Cinema Village (New York) and Laemmle Monica (Los Angeles) on Friday, November 19.

Having unprecedented access to the Chaplin archives, THE REAL CHARLIE CHAPLIN blends dramatic reconstructions with never-before-heard recordings, intimate home movies, behind-the-scenes material, and newly restored classic films to reveal a side of the worldwide icon that – until now – has been shrouded in mystery. Tracing back a century ago – when Chaplin first stepped onto the screen – the film recounts his meteoric rise from the slums of Victorian London to the heights of Hollywood superstardom to his scandalous fall from grace. For decades, he was the most famous man in the world. But who was THE REAL CHARLIE CHAPLIN?

This is the second feature from Middleton and Spinney, who have partnered on a range of creative non-fiction projects for the past decade. In 2014, they adapted the audio diaries of Australian theologian John Hull into a series of short films, including the Emmy® Award-winning Notes on Blindness. Their debut feature of the same name premiered at the Sundance® Film Festival in 2016 and was nominated for six British Independent Film Awards (BIFA), winning for Best Documentary, and was nominated for three BAFTAs, including Best Documentary and Outstanding British Film.

Following a world premiere at the Telluride Film Festival and screenings at the BFI London Film Festival, Zurich Film Festival, and Hamptons International Film Festival, THE REAL CHARLIE CHAPLIN will screen at DOC NYC and AFI Fest next month. The film is nominated for three Critics Choice Doc Awards, including Best Archival Documentary, Best Narration and Best Editing, and was longlisted for Best Documentary with BIFA.

THE REAL CHARLIE CHAPLIN is produced by Ben Limberg for Smaller Biggie; John Battsek for Passion Pictures; and  Mike Brett, Steve Jamison and for Archer’s Mark; and Jo-Jo Ellison. It is executive produced by Sam Lavender, Ben Coren, Lizzie Francke, Andrew Ruhemann and James Bierman. The film is produced in association with BFI, Film4, Ventureland and Fee Fie Foe.