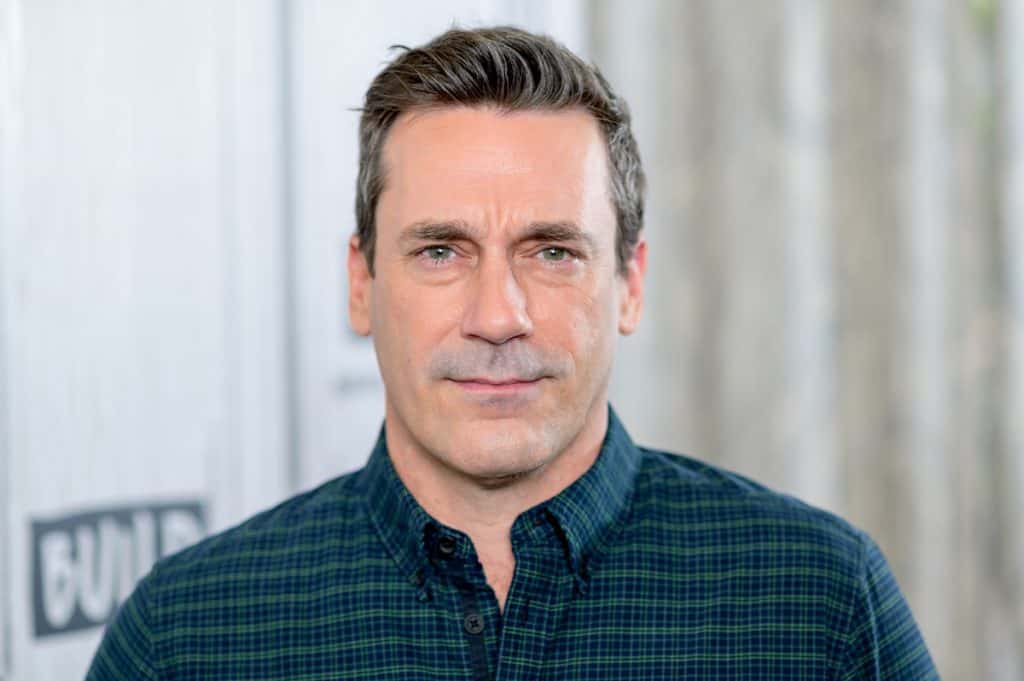 Fully owned by FOX Entertainment and created by Catlan McClelland and Matthew Schlissel, GRIMSBURG will premiere in 2023 and be produced by FOX’s Emmy-winning animation studio, Bento Box Entertainment.

In GRIMSBURG, Marvin Flute (Hamm) may be the greatest detective ever to catch a cannibal clown or correctly identify a mid-century modern armoire.  But there’s one mystery he still can’t crack — his family.  Now that he’s back in Grimsburg, a town where everyone has a secret or three, Flute will follow every lead he’s got to redeem himself with the ex-wife he never stopped loving, even if it means hanging out with the son he never bothered to get to know.

“I am very excited to be involved in the FOX animation universe. A universe I have been actively watching since the early nineties,” said Hamm.  “The opportunity to get to bring a project like GRIMSBURG to life that is so particular and unique, and to work with its incredibly imaginative and hilarious creators is one I can’t wait to get started with.”

“As we continue to expand our animation brand beyond family comedies, GRIMSBURG’s wildly funny, bizarre and inventive take on the crime genre makes it the perfect next generation FOX comedy,” added Thorn.  “And with Jon Hamm front and center as Marvin Flute, the deeply troubled detective with very eclectic taste and opinions, we believe this may finally be Hamm’s breakout role as a leading man.”

“The mystery is solved, GRIMSBURG is a thoroughly original and comedic take on the small-town crime show trope with a mix of the insatiable Jon Hamm and head-spinning plot twists and turns,” added Gail Berman, Executive Producer and Chairman and CEO of The Jackal Group.  “FOX, Bento Box and GRIMSBURG’s genius creators, Catlan and Matthew are taking the animation genre to new heights under the wise leadership of our brilliant Showrunner Chadd Gindin in this eccentric comedy with a broad appeal. We are thrilled to be a part of this great team.”

Jon Hamm’s nuanced portrayal of the high-powered, advertising executive Don Draper on AMC’s award-winning drama series “Mad Men” has firmly established him as one of Hollywood’s most talented and versatile actors. He has earned numerous accolades, including an Emmy Award in 2015 for Outstanding Actor in a Drama Series, Golden Globe Awards in 2016 and 2008, Television Critics Association Awards in 2011 and 2015, a Critics’ Choice Television Award in 2011, as well as multiple Screen Actors Guild nominations. “Mad Men” concluded its seventh and final season on May 17, 2015.

Hamm is currently in production on “Maggie Moore(s)” in which he will star opposite Tina Fey. The film is being directed by John Slattery. Earlier this year Hamm completed production on “Fletch.” Hamm will produce alongside manager/producer Connie Tavel. Greg Mottola, whose credits include “Superbad,” “Adventureland” and “Arrested Development,” will direct from a script by Zev Borrow. Hamm also recently appeared as a guest star in season ten of “Curb Your Enthusiasm,” with critics calling his impersonation of Larry David, “inspired” and a “highlight of the season.” Next year, he will be seen in the much anticipated, TOP GUN: MAVERICK with Tom Cruise and Miles Teller. In 2020, Jon appeared opposite Emily Blunt in John Patrick Shanley’s WILD MOUNTAIN THYME. In 2019, he appeared in Neil Gaiman’s GOOD OMENS series for Amazon and Noah Hawley’s directorial debut film, LUCY IN THE SKY, opposite Natalie Portman. Additionally, Hamm starred in Scott Z. Burns’ THE REPORT opposite Annette Benning and Adam Driver and THE BATTLE OF RICHARD JEWELL, directed by Clint Eastwood.

In 2018, he starred in Drew Goddard’s BAD TIMES AT THE EL ROYALE for Twentieth Century Fox as well as in Warner Bros. comedy TAG opposite Ed Helms and Jeremy Renner. He also starred in Tony Gilroy’s BEIRUT alongside Rosamund Pike. Hamm starred as a former U.S. diplomat who returns to service to save a former colleague. Critics called Hamm’s performance his “best work yet.”

In 2016, Hamm starred in 20th Century Fox’s KEEPING UP WITH THE JONESES, opposite Zach Galifianakis and Isla Fisher. In 2015, Hamm loaned his voice to the wildly successful Universal Pictures animated feature, THE MINIONS, alongside Sandra Bullock and Steve Coogan. Hamm’s previous film credits include Disney’s MILLION DOLLAR ARM, based on a script by Thomas McCarthy and directed by Craig Gillespie, FRIENDS WITH KIDS, written and directed by Jennifer Westfeldt; BRIDESMAIDS with Kristen Wiig; Ben Affleck’s THE TOWN, Zack Snyder’s fantasy thriller SUCKER PUNCH, HOWL with James Franco, SHREK FOREVER AFTER, in which he voiced the character ‘Brogan,’ THE DAY THE EARTH STOOD STILL with Keanu Reeves, Jennifer Westfeldt’s IRA & ABBY and KISSING JESSICA STEIN, and WE WERE SOLDIERS.

Hamm’s appearances on the Emmy-winning comedy, “30 Rock,” from 2009-2012 earned him three Emmy nominations for Outstanding Guest Actor in a Comedy Series. He has also hosted “Saturday Night Live” three times, once in 2008 and twice in 2010 to critical acclaim. In addition to “Mad Men”, Hamm also appears the second season of Netflix’s “Unbreakable Kimmy Schmidt” created by Tina Fey and Robert Carlock. Hamm played Reverend Richard Wayne Gary Wayne, the senior prophet who fools four women into being held captive for fifteen years while they believe to have survived the apocalypse. The role earned him an Outstanding Guest Actor in a Comedy Series. His additional television credits include, “A Young Doctor’s Notebook,” a BBC miniseries in which he stars opposite Daniel Radcliffe and also executive produced, the Larry David film CLEAR HISTORY for HBO. Hamm first came to audience’s attention in the NBC series “Providence.”  Signed for a cameo role, he impressed the producers so much that he ended up with an 18-episode run on the series.

A native of St. Louis, Missouri, Hamm received his Bachelor of Arts in English at the University of Missouri-Columbia and currently resides in Los Angeles.