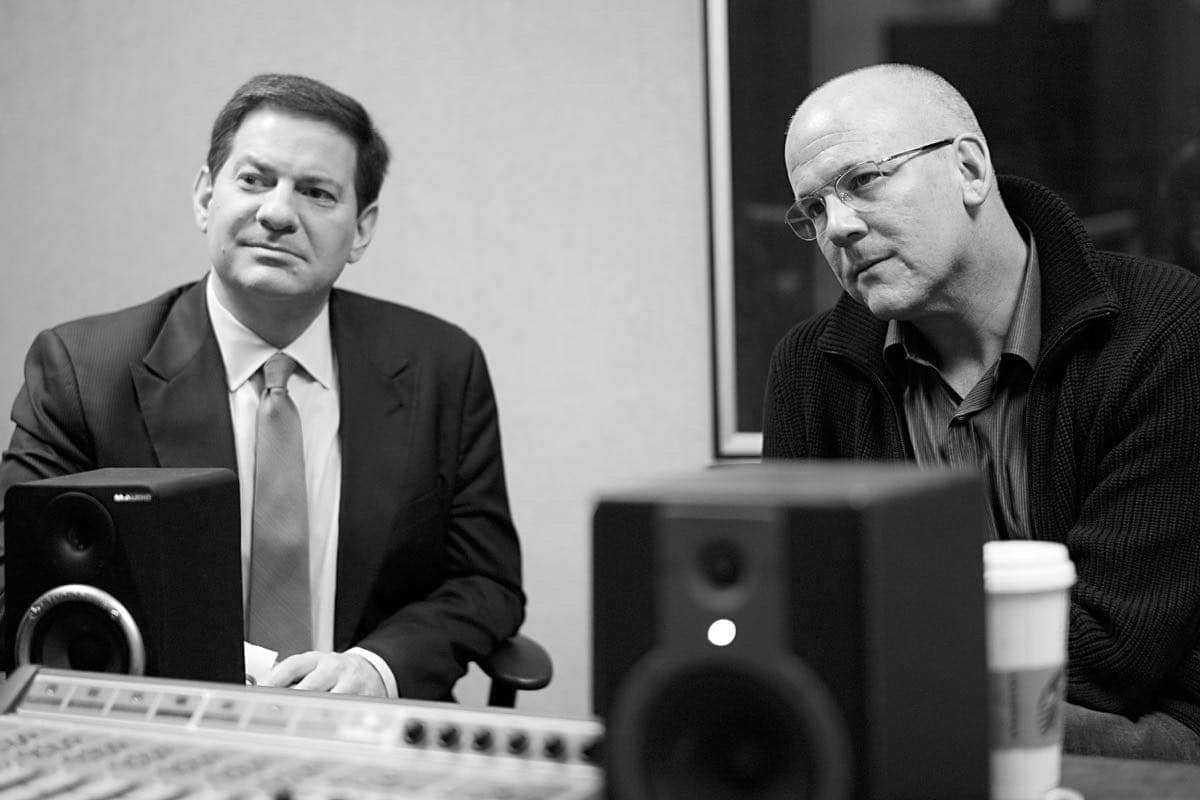 Today SHOWTIME ordered a new season of the groundbreaking political documentary series THE CIRCUS: INSIDE THE GREATEST POLITICAL SHOW ON EARTH. Returning Sunday, March 19 at 8 p.m. ET/PT on SHOWTIME, the show will examine the riveting and unprecedented events unfolding – both inside and outside the Beltway – in President Donald Trump’s first 100 days in office.

THE CIRCUS is hosted by New York Times bestselling co-authors Mark Halperin and John Heilemann (Game Change and Double Down). Mark McKinnon will return in a producing role with occasional guest appearances. The real-time documentary series will follow the circus of American politics, political culture and government – capturing pivotal moments, featuring interviews with key figures, and offering critical analysis of the stories behind each week’s headlines.

“During the historic drama of the 2016 election, THE CIRCUS was a compulsively watchable series, providing unparalleled access and critical insight,” said David Nevins, President and CEO, Showtime Networks Inc. “Presented weekly in real time, the show was also a real breakthrough for documentaries on television. Mark Halperin, John Heilemann, and Mark McKinnon are some of the most respected and compelling voices in politics, and given the breathtaking pace of developments in the Trump presidency, we are pleased to be able get them back on the air with new episodes.”

THE CIRCUS: INSIDE THE GREATEST POLITICAL SHOW ON EARTH is produced by Left/Right (a part of Red Arrow Entertainment Group) for SHOWTIME. Mark Halperin, John Heilemann, Mark McKinnon, Banks Tarver, and Ken Druckerman serve as executive producers. To watch and share THE CIRCUS teaser, go to: https://youtu.be/UvGMRq_e3bw/.

Called “the insider’s insider” by The New York Times and “the high priest of establishment political journalism” by Politico, Mark Halperin has long been one of the most respected chroniclers of American politics. He has covered eight presidential campaigns. Halperin served as co-managing editor of Bloomberg Politics and co-host of With All Due Respect, a daily news analysis show on Bloomberg TV and MSNBC during the 2016 election cycle. He is also a regular contributor to NBC News’ Today program, MSNBC’s Morning Joe, and Charlie Rose on PBS. Prior to joining Bloomberg, Halperin served as editor-at-large and senior political analyst for TIME magazine and as political director of ABC News.

One of America’s most prolific, insightful, and wide-ranging print and broadcast journalists, John Heilemann has covered politics, business, and their intersection for 25 years in the U.S. and abroad. Alongside Mark Halperin, he served during the 2016 election cycle as co-managing editor of Bloomberg Politics and co-host of With All Due Respect. Heilemann is also a regular contributor to MSNBC’s Morning Joe, CBS This Morning, and Charlie Rose, as well as a frequent guest on Face the Nation and This Week with George Stephanopoulos. Prior to joining Bloomberg, he was New York magazine’s national affairs editor, and, before that, a staff writer for The New Yorker, Wired, and The Economist.

Halperin and Heilemann are the co-authors of The New York Times No. 1 best seller Game Change: Obama and the Clintons, McCain and Palin, and the Race of a Lifetime, which chronicled the 2008 presidential election, and its New York Times best-selling sequel, Double Down: Game Change 2012. Game Change was made into a film of the same name, which premiered in 2012 and went on to win five Emmy® Awards, three Golden Globes® and a Peabody Award.

Mark McKinnon is a political advisor, reform advocate, media columnist and television producer. He was the chief media advisor to five successful presidential primary and general election campaigns and is cofounder of No Labels, an organization dedicated to bipartisanship, civil dialogue and political problem solving. McKinnon has worked for many causes, companies and candidates, including former President George W. Bush, Senator John McCain, late Governor Ann Richards and Bono.