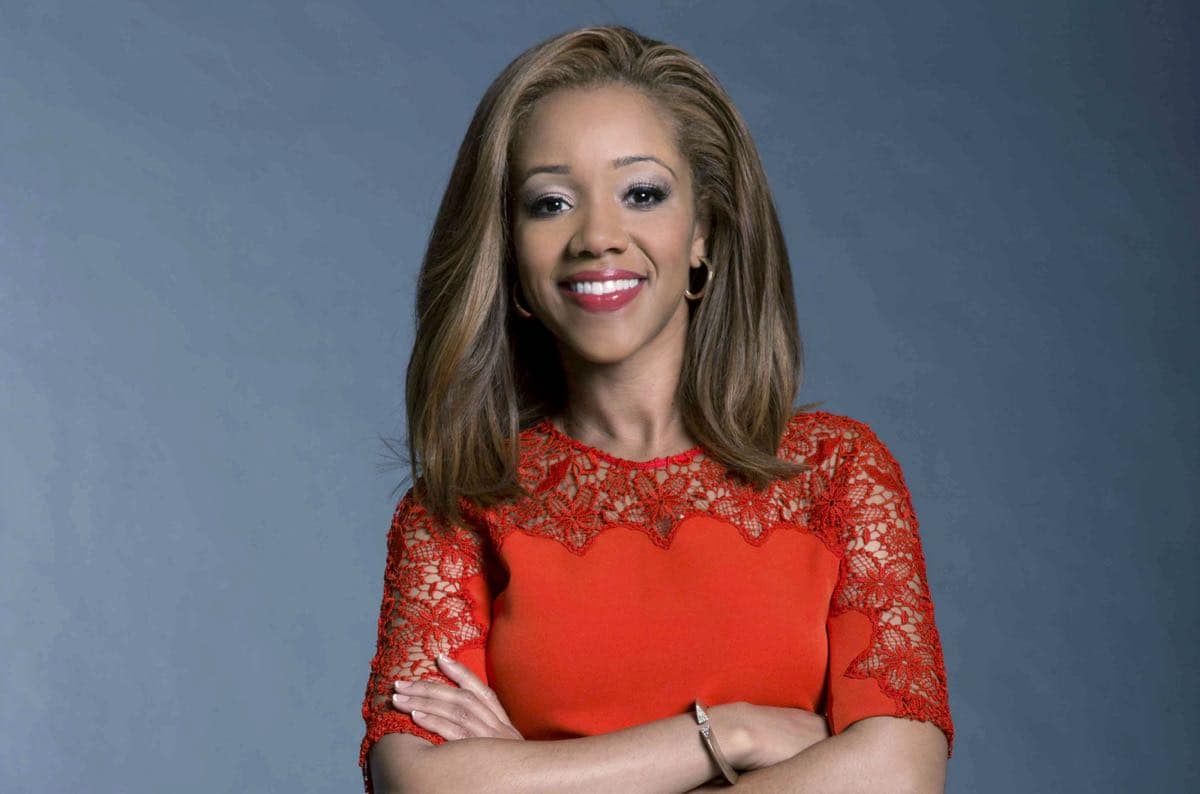 In a standout performance, actress Chrystee Pharris co-stars in the new TV One made-for-television film MEDIA, which sets up the ongoing story of the Jones’ media empire.  Portraying the daughter of Jackie Jones (Penny Johnson Jerald), matriarch of a family determined to control the airwaves, Chrystee’s character Chrystal is a pivotal part of the family dynamic and maintaining its iron-clad grasp on what is broadcast in their domain.  In an exclusive interview, Chrystee talks about the fun of bringing this ambitious project to screen, as well as her joy as an actress having such rich roles to work with at this point in her career.

What drew you to the role of Chrystal Jones in the MEDIA?
CHRYSTEE:  A couple of different things. The storyline alone is so good and powerful. We rarely get to see African American families playing these powerful roles. I love this this family sticks together regardless of the tension they have with one another. My family is separated so this movie really helped me show my imagination in what I wanted a family to look like in my own life. My family was great – they really kept me moving. But this family I have with this movie is a real family that I feel such a great bond with.

How would you describe your character?  What do you most admire and/or like about her?
CHRYSTEE:  There’s so much a part of me in her and I have also learned a great deal from her. She is a powerful woman and is moving into her womanhood but is still the sister and daughter that is trying to break away and make her own family. Chrystal is trying to prove to everyone that she can run the company. She is craving independence and as a black woman in the entertainment industry, I can relate. We don’t get that opportunity and we have to constantly fight for what we want.

What was it like working with Penny Johnson Jerald, Stephen Bishop, Gary Dourdan, Pooch Hall, Blue Kimble and Brian White?
CHRYSTEE:  It was an absolute joy working with them. With an all African American cast, I feel like I can be myself in a certain way and I don’t have to explain myself. We all come from the same cloth so I don’t have to explain myself. We all feel like a family. I feel like I’m Penny’s daughter and I feel like the guys are my brothers. It makes me so overjoyed it almost makes me want to cry thinking about it now.

Does Chrystal’s internal radar warn her about the dangerous corporate war her family is caught up in?
CHRYSTEE:  Chrystal is an intelligent woman and she knows everything that is going on. She is very smart and knows how to handle herself.

Should viewers worry about Chrystal’s safety in this world of corporate greed and espionage?
CHRYSTEE:  Yes, fans should worry. She’s a woman and as a woman you have to deal with the sexism, the racism, the people who don’t take her seriously. Chrystal has her own insecurities but stays strong like her mother. I really take note and soak it all in to apply it to my own life.

What was your favorite part about working on this project?
CHRYSTEE:  I have so many! Working with Susan Banks, Craig Roth and Cathy Hughes. You can’t get a better director than Craig Roth. As an actress, you can trust him and that is really hard to find. Ms. Hughes is an ICON. If it wasn’t for her, we wouldn’t be where we are as women and as African American people in the entertainment industry. I aspire to be just like her – to help people who need it the most and give back to the community.

What was the one thing you took away from working on MEDIA?
CHRYSTEE:  Love and Family.

What do you hope viewers take away from watching MEDIA?
CHRYSTEE:  Not only do they get the drama, comedy, power and sexiness but what I also want them to see is what we can be as African Americans. I want them to see how powerful we can be that go beyond just being an entertainer or athlete. We are more. That’s what i love about this – there is so much more out there for us.

At this stage of your career, what do you think you have learned from the amazing variety of roles and projects you have worked on?
CHRYSTEE:  I have come to realize that I am a lot more than I do in my regular life. Being able to portray other characters made me realize like wow, I can be another woman and I can bring these characteristics in my real life. Chrystal is really sexy and bold and I learned a lot from her.

Then what are the perks of where you are in your career right now?
CHRYSTEE:  The greatest thing about where I am in my career is that I can make it about others. When people recognize me on the street, I get to give them an opportunity to be a blessing to them and ask them about their passions and motivate them to go after what they want to do in their lives. There were so many people who discouraged me but I did it all. I want to give others the motivation to do anything they want to.

If there were one role you would like to revisit, which would it be and why?
CHRYSTEE:  You know, I am really digging Chrystal. She is so complex and multi-layered. There is not just one side of her that I’m excited about, I’m excited about absolutely every single beat and moment. I can still taste every single moment of playing her and I love it.

Has there been any great advice you have gotten?  What advice would you offer to other upcoming and aspiring actors?
CHRYSTEE:  Steve Harvey pulled me aside once and said “every time you step out of the house, you should look like a working actor.” I used to intern across the hall from where he worked and he took me under his wing. He really showed me how important it was to put effort in your looks and how much it affected how people treated you. He also warned me about the traps that you can fall into when being in this industry. There is no need to compromise yourself to make it.

Do you have any other upcoming projects that you can share that fans should keep an eye out for?
CHRYSTEE:  There are 2 shows that I am producing at the moment, “Mercer Island” and “American Spector.” I also am doing a one woman show, In Search of O, that I will be touring with this year. It is funny, comical and emotional. I am also teaching a business of acting class to young actors who want to understand the business. I’m not teaching them how to act, I’m showing them how to understand and navigate the business. No matter how talented you are, if you don’t understand the business side you will never make it.

What do you aspire to do next?
CHRYSTEE:  Producing. It’s still new and challenging. If you want to make it in life you have to go after the challenges.

To see more of Chrystee’s work, be sure to an eye out for her films “Mercer Island” and “American Spector” and her one-woman show In Search of O.  In addition, MEDIA  will continue its saga as a series coming in summer 2017 on TV One.