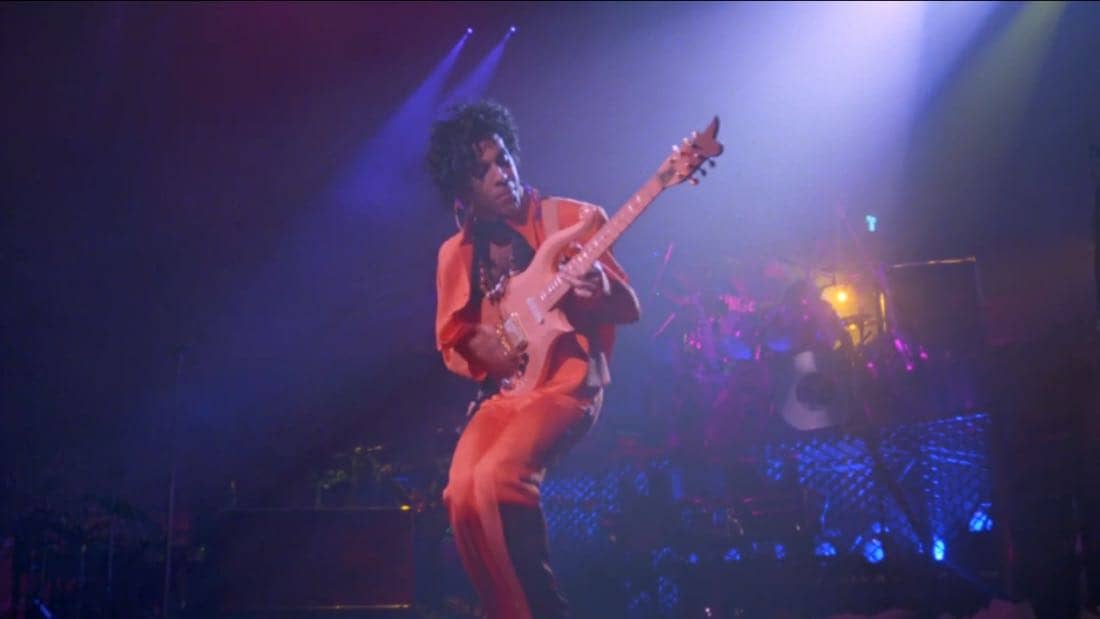 SHOWTIME has acquired the rarely seen Prince concert film SIGN O’ THE TIMES, which will air on American television for the first time in more than a decade, premiering September 16 at 9 p.m. ET/PT. Created as a companion to the 1987 Prince double album of the same name, SIGN O’ THE TIMES features live performances of songs including “U Got the Look” (with Sheena Easton), “If I Was Your Girlfriend” and “I Could Never Take the Place of Your Man,” in addition to the title song and a striking rendition of the Prince classic, “Little Red Corvette.” Much of the film was shot at Prince’s own Paisley Park Studios, as well as on tour in the Netherlands and Belgium.

SIGN O’ THE TIMES captures Prince at a critical juncture in his career, immediately after the disbanding of his group The Revolution and on the heels of Purple Rain and Under the Cherry Moon. Rock critic Robert Christgau declared that the film, directed by Prince, was a contender to rival Stop Making Sense as the greatest rock concert movie ever, yet it was never issued on DVD. Prince’s visual and musical passion reigns throughout the 84-minute project, a must-see for anyone seeking a full understanding of the performance legend, whose Sign O’ The Times was named the top album of 1987 in Village Voice’s Pazz and Jop Critics Poll.

Produced by Robert Cavallo, Joseph Ruffalo and Steven Fargnoli, SIGN O’THE TIMES joins an esteemed list of projects airing on SHOWTIME that focus on the lives and legacies of culture-defining figures, including WHITNEY. “CAN I BE ME” (which premiered at the Tribeca Film Festival on April 26 before airing on SHOWTIME beginning August 25) and ERIC CLAPTON: A LIFE IN 12 BARS, which will have its world premiere at the 2017 Toronto International Film Festival before airing nationally on SHOWTIME next year.