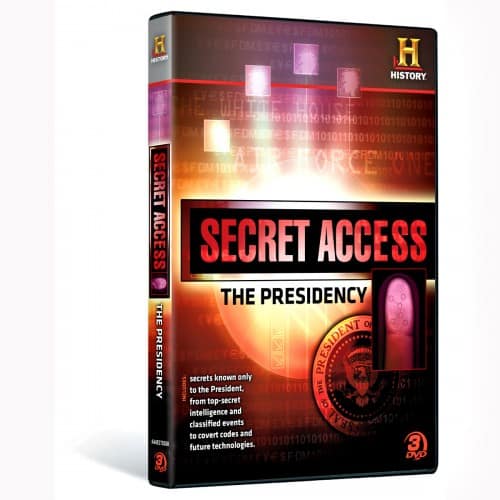 Seat42f and History have teamed up to give TWO lucky winners a copy of SECRET ACCESS THE PRESIDENCY on DVD. For a chance to win leave a comment below telling us why you want to add SECRET ACCESS THE PRESIDENCY to your DVD collection. Only one entry per person. Contest ends September 18th. Winners will be notified on September 19th via email so make sure to use a valid email address when you post your comment.

Go where only the most elite insiders from the highest levels of the U.S. Government have ever gone. Learn about classified information reserved only for Presidents.  And join HISTORY® to explore the places and traditions that, until now, have been off limits with SECRET ACCESS: THE PRESIDENCY, a fascinating DVD set that collects three revealing documentaries that unveil facts and mysteries behind the most famous office in the world.

SECRET ACCESS: AIR FORCE ONE
Travel with the President on a 20,000 mile international mission and see what makes Air Force One faster, more secure and more capable than any other plane. Ride in the cockpit, witness the extensive security protocols, and learn what goes in to making each stop a “zero-fail” operation.

THE WHITE HOUSE BEHIND CLOSED DOORS
President George W. Bush and Laura Bush take viewers on an in-depth tour of this iconic structure that serves as a museum, a place of business, and their home. Learn about the building’s rich history, its residents and its reconstruction.

THE PRESIDENT’S BOOK OF SECRETS
What secrets have been passed down to each U.S. president? HISTORYdigs deep into White House history to unveil staggering information known only to the President, from top-secret intelligence to covert codes and future technologies.