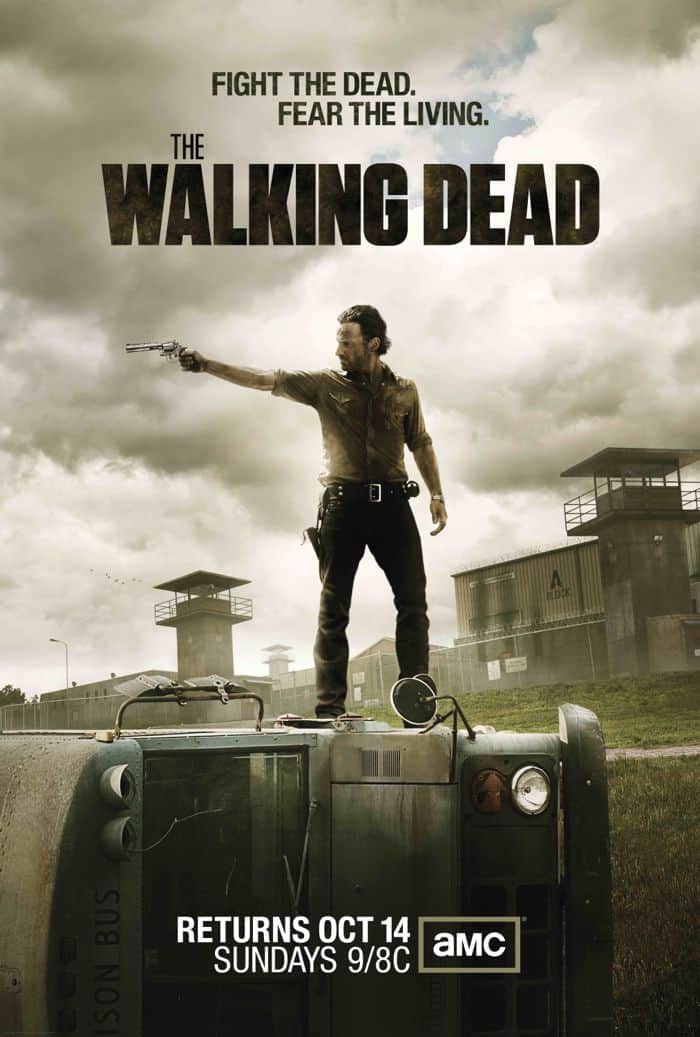 AMC released today the key art for The Walking Dead Season 3, debuting Sunday, October 14 at 9pm ET/PT. (Photo credit: Frank Ockenfels 3).  In an uncertain world, Rick Grimes (Andrew Lincoln) and his band of survivors must not only fight the dead, but also face a whole new fear: the living.

A 16 episode season, the series will air in two-parts with the first eight hours kicking off October 14 and returning February 2013 with the final eight episodes.  Internationally, “The Walking Dead’ will return to audiences in 120+ FOX International Channels (FIC) markets the week of October 15, as part of FIC continued commitment to broadcast the series near date-and-date globally.