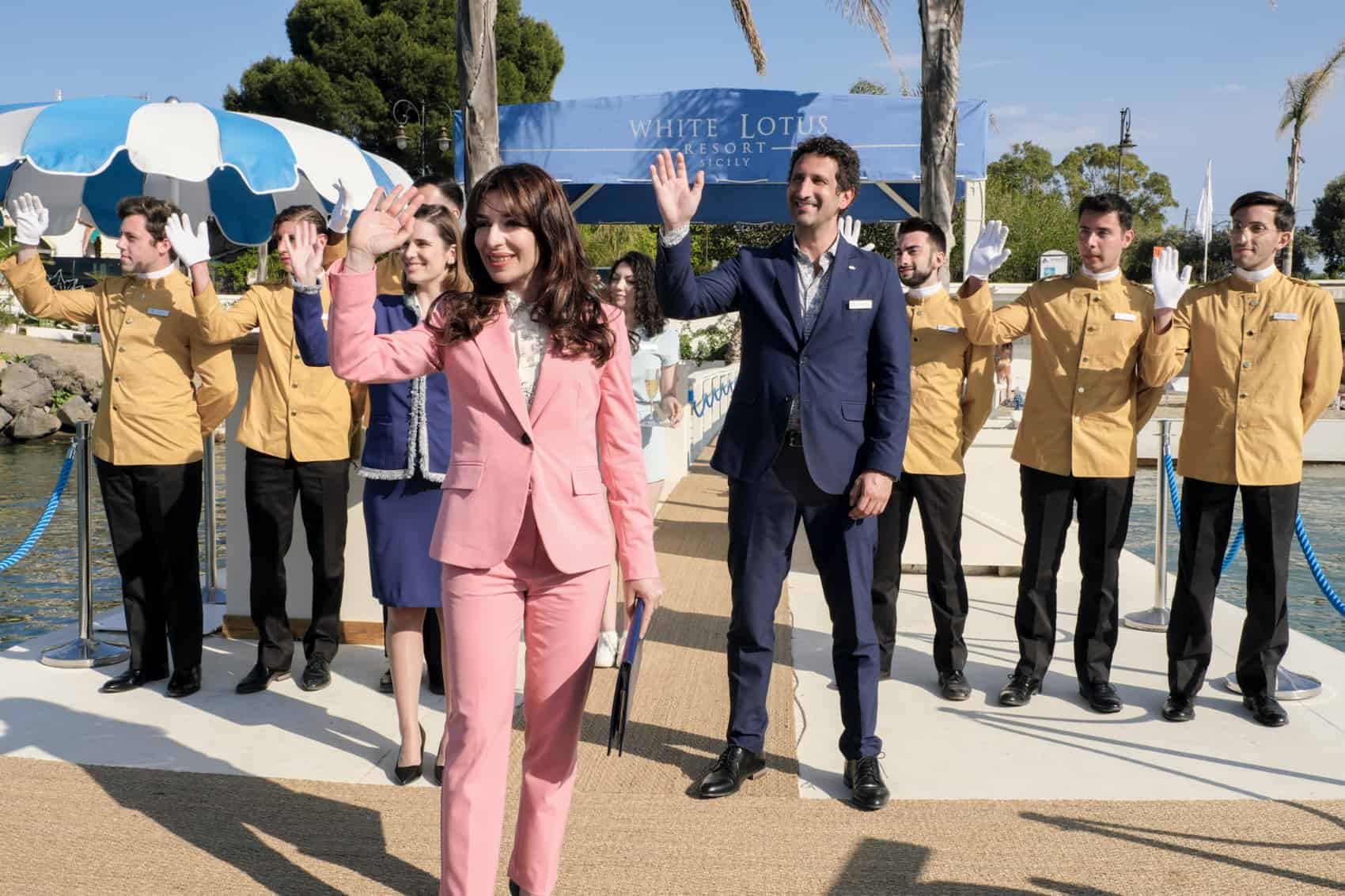 HBO’s Emmy®-winning series, THE WHITE LOTUS, from Mike White, returns for a second installment of seven episodes debuting on SUNDAY, OCTOBER 30 (9:00-10:00pm ET/PT) on HBO and will be available to stream on HBO Max.

The first installment, set in Hawaii, received 20 Emmy® nominations across 13 categories and 10 wins, the most wins of any program this year, including Outstanding Limited or Anthology Series.

Season 2 Logline: The social satire is set at an exclusive Sicilian resort and follows the exploits of various guests and employees over the span of a week.

F. Murray Abraham as BERT DI GRASSO – Visiting Sicily with his son, Dominic (Michael Imperioli), and grandson, Albie (Adam DiMarco), Bert is getting frail, yet still sees himself as virile and capable.

Meghann Fahy as DAPHNE BABCOCK – A stay-at-home mom visiting Italy with her husband, Cameron (Theo James), and another couple, Ethan (Will Sharpe) and Harper (Aubrey Plaza).

Jon Gries as GREG – Tanya’s (Jennifer Coolidge) husband, who is less than pleased to find her assistant invited on their romantic getaway.

Beatrice Grannò as MIA – A Sicilian local, Mia is a talented singer in search of her big break.

Tom Hollander as QUENTIN – an English expat, vacationing with his friends and his nephew, Jack (Leo Woodall).

Sabrina Impacciatore as VALENTINA – The passionate, dedicated manager in charge of the White Lotus resort in Taormina, who expects perfection from her staff.

Will Sharpe as ETHAN SPILLER – After recently striking professional success, Ethan and his wife, Harper (Aubrey Plaza), are invited to vacation in Italy with his college roommate, Cameron (Theo James), and Cameron’s wife, Daphne (Meghann Fahy).

Simona Tabasco as LUCIA– a Sicilian local who frequents the White Lotus resort in search of work and opportunity amongst the wealthy clientele.

Leo Woodall as JACK – a magnetic guest staying at The White Lotus with his uncle, Quentin (Tom Hollander).