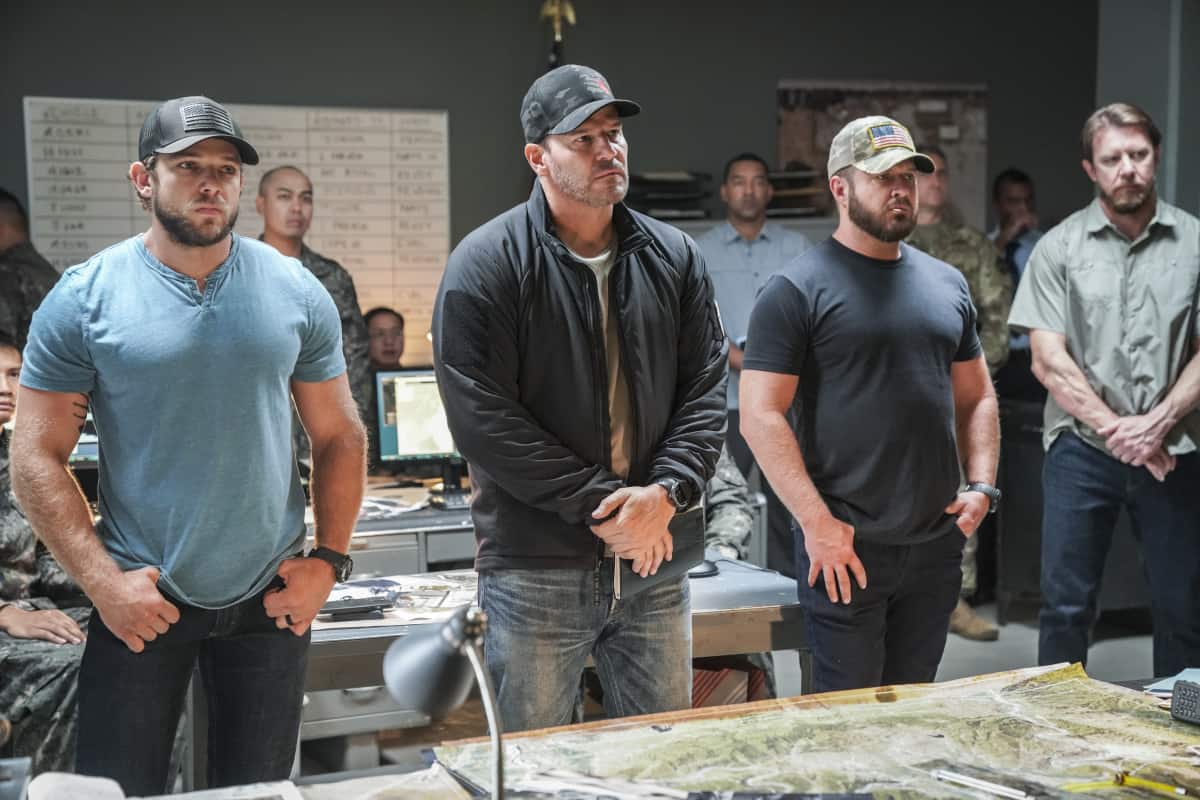 SEAL TEAM Season 5 Episode 1 Photos Trust But Verify Part 1 – Everyone on Bravo is shocked when they learn a training exercise is really cover for a covert mission to get a weapons expert out of one of the most dangerous countries in the world, on the fifth season premiere of SEAL TEAM, Sunday, Oct. 10 (10:00-11:00 PM, ET/PT) on the CBS Television Network, and available to stream live and on demand on Paramount+. s05e01 5×01 5.01 s5e1