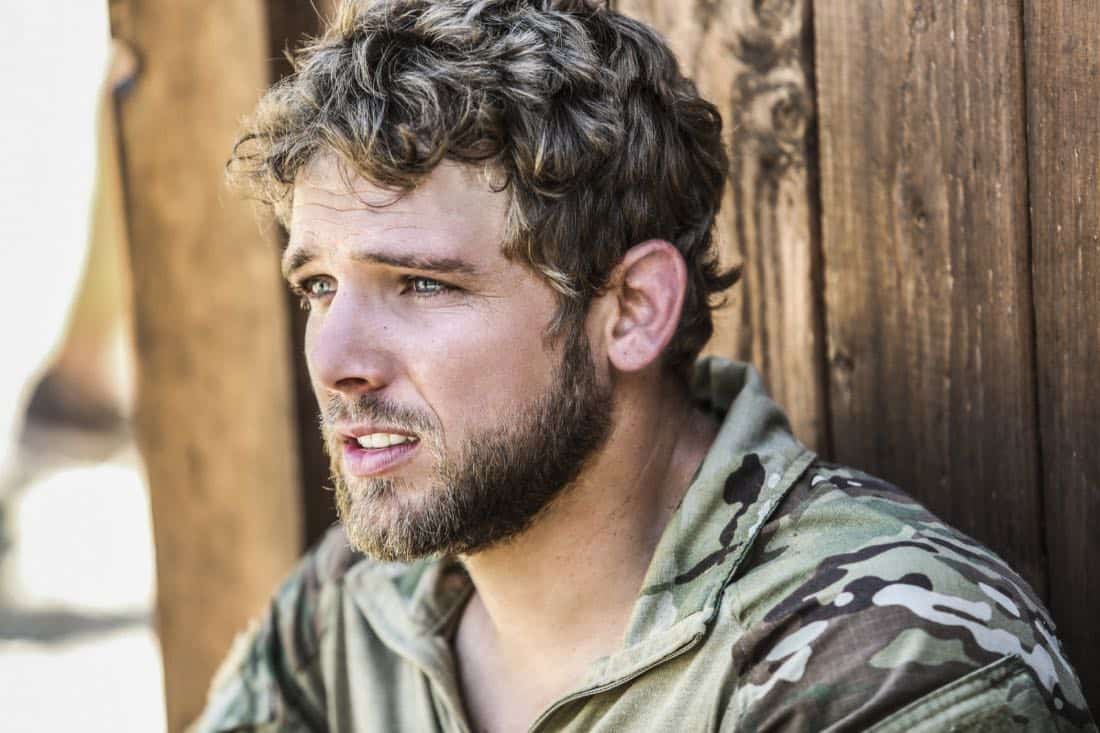 CBS’ new drama series SEAL TEAM takes viewers into the personal lives of the elite and determined men and women that work hard to keep Americans safe every day in one of the most elite counterterrorism units of the U.S. military. In an exclusive interview, star Max Thieriot shared what appealed to him about joining the high-octane series, especially coming off five incredible seasons of A&E’s BATES MOTEL.

What was the appeal of going from from BATES MOTEL to CBS’ SEAL TEAM?
MAX: I read the script honestly was so excited about the character and getting involved in a project like this. I’ve always been a huge fan of, first of all, action and, second, just so honored to be doing something like trying to portray our top-level tier one military men and women, and trying to just honor them as best as possible. After having to learn the things they’ve learned, they sacrifice so much and they’re putting so much to get to this level … [Laughs] A bajillion reasons, I could go on forever.

It is also a much more physical role than you’ve portrayed in the past. Is that something you were looking for?
MAX: Yeah, definitely. I was definitely considering more physical. So this kind of checked off all of those boxes. I met with Chris [Chulack] and Sarah [Timberman] and Ben [Cavell], and was just super excited after talking with them about the project and where they sort of felt like it was gonna go, and where my character was gonna go. Yeah.

What would you say would be the thing to watch for as far as what your character is going be up to?
MAX: I think that the neat thing about my character is he’s in a way … He sort of shows like a different level of the role, a different side of the role than a lot of the other characters would be doing, because I’m still on the green team. I haven’t really made it to tier one level yet. So I get to kinda show what all the training is like that they go through, as obviously the other guys have already had that level training. I think that’s pretty awesome. Also it’s the mentality and the mental tough that goes with trying to work your way up to that level. You’re constantly thinking that you’re the alpha, the top dog, and then all of a sudden you get to a new level and these guys that are more experienced, that have seen more combat. So, all of a sudden then you’re having to sort of step back and its like your ego coming back in. You go okay, I see that these guys are on a whole other level, now I gotta get there. So I think there’s a lot of really cool layers with the character that I think that the audience will be interested in.

What has been the most physically challenging thing you’ve had to do?
MAX: The course that we ran the other day was super challenging. The rope climb wasn’t too bad. We ended up going the rope wall like twenty feet, not like twelve. We did the full course probably like four or five times, so I was really tired after going through it that many times.

How’s the comraderie among the SEAL TEAM members for you?
MAX: It’s good, it’s good. I’m getting to spend a lot of time with these guys. All of our advisors and producers who are in this unit, it kinda feels like a positive family.

Whereas BATES MOTEL was just layers and layers of tragedy in that family.
MAX: Yeah, totally. I mean, there’s humor, there’s action, there’s a lot of different layers to this character [in SEAT TEAM]. So it’s fun getting to play some of these different sides again, and play a totally different person.

In the case of the BATES MOTEL, your character Dylan was kind of the last man standing. Did you anticipate that all along or was that a surprise?
MAX: Yeah, I think it was in Season 4 when they told me that was gonna happen and I was super excited to hear. I was also really scared. I think I was so happy with what the outcome ended up being of the show considering the way it had to sort of end in tragedy and not know when that was gonna be, I felt that we ended in sort of the best possible way.

It ended on a rather hopeful note in spite of it being a huge tragedy for your character. It seemed like Dylan found his true family and would be reunited with them in the end. That was kind of beautiful.
MAX: Totally, yeah.

To meet Max’s character Clay Spenser and see how he and the SEAL TEAM crew save the day, be sure to tune in for the premiere of SEAL TEAM on Wednesday, September 27th at 10:00 p.m. on CBS.