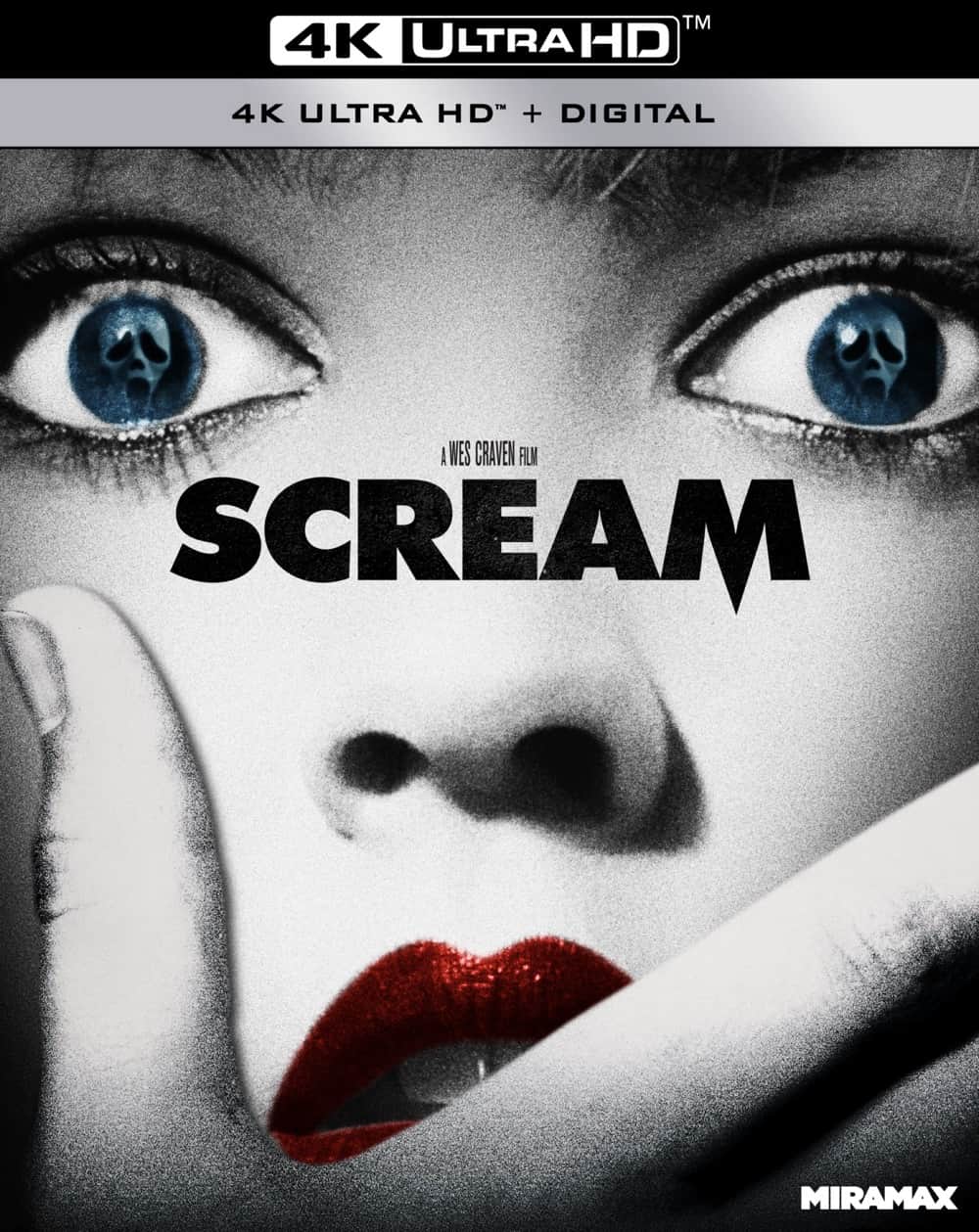 In celebration of its 25th anniversary and just in time for Halloween, SCREAM will be released for the first time on 4K Ultra HD and in a newly remastered Blu-ray on October 19, 2021 from Paramount Home Entertainment.

25 years after its theatrical debut, SCREAM remains a wildly entertaining and terrifically terrifying cinematic experience.  Directed by Wes Craven and written by Kevin Williamson, the film is a brilliant deconstruction of the horror genre that pays homage to the conventions of slasher films while upending them with clever twists and witty dialogue.

The new SCREAM 4K Ultra HD, Limited-Edition 4K Ultra HD SteelBook, and Blu-ray include a brand-new look back at the film and director Wes Craven, featuring archival behind-the-scenes footage and new interviews with stars Neve Campbell, Courteney Cox, and David Arquette, as well as screenwriter Kevin Williamson and the directors and other cast members from the new installment in the franchise scheduled to premiere in theaters in 2022 from Paramount Pictures and Spyglass Media Group.  The discs also include access to a Digital copy of the film and the legacy bonus content detailed below:

After a series of mysterious deaths befalls their small town, an offbeat group of friends led by Sidney Prescott (Neve Campbell) becomes the target of a masked killer. As the body count rises, Sidney and her friends turn to the “rules” of horror films to help navigate the real-life terror they’re living in. The film also stars Courteney Cox, David Arquette, Skeet Ulrich, Matthew Lillard, Jamie Kennedy, Rose McGowan, and Drew Barrymore.

In celebration of the 25th anniversary, Fathom Events and Paramount Pictures will bring SCREAM back to select cinemas for a special two-day event on October 10 and 11.  Additional details will be announced separately.

U.S. Rating:          R for strong graphic horror violence and gore, and for language