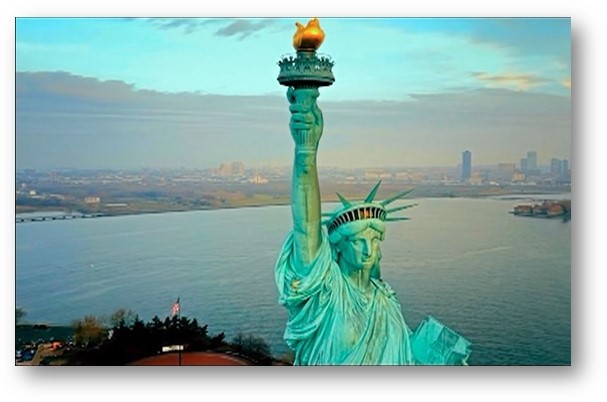 What does it take to create the iconic modern-day wonders of the world? The all-new series UNEARTHED: SEVEN WONDERS, premiering Sunday, July 5 at 8 PM ET/PT on the Science Channel sets out to investigate some of the world’s most epic monuments and engineering feats to build them.

In the first episode, airing over Independence Day weekend, viewers will get an inside look at the incredible engineering behind America’s most notable structures including the Washington Monument, Golden Gate Bridge, Empire State Building, Mount Rushmore and others. These are some of the most impressive monuments in the United States – matching the engineering feats of the Seven Wonders of the Ancient World.

Combining recent ground-breaking discoveries along with cutting-edge CGI technology, UNEARTHED: 7 WONDERS will look at how the world’s most notable structures define national identity and the engineering techniques used to create them. Upcoming episodes will look at the engineering marvels of Egypt, the lost civilizations of the Americas, ancient Rome and other spectacular locations and monuments around the world.

Today, investigators are decoding the hidden mysteries of these world-famous structures and exploring how engineers overcome the incredible challenges of building bigger than ever before. Each week, the series will cross continents and millennia to explore the mega-structures, old and new, deserving of this ultimate accolade.

In addition to watching UNEARTHED: SEVEN WONDERS on Science Channel, viewers can join the conversation on social media by using the hashtag #Unearthed and following SCIENCE CHANNEL on Facebook, Twitter, and Instagram.