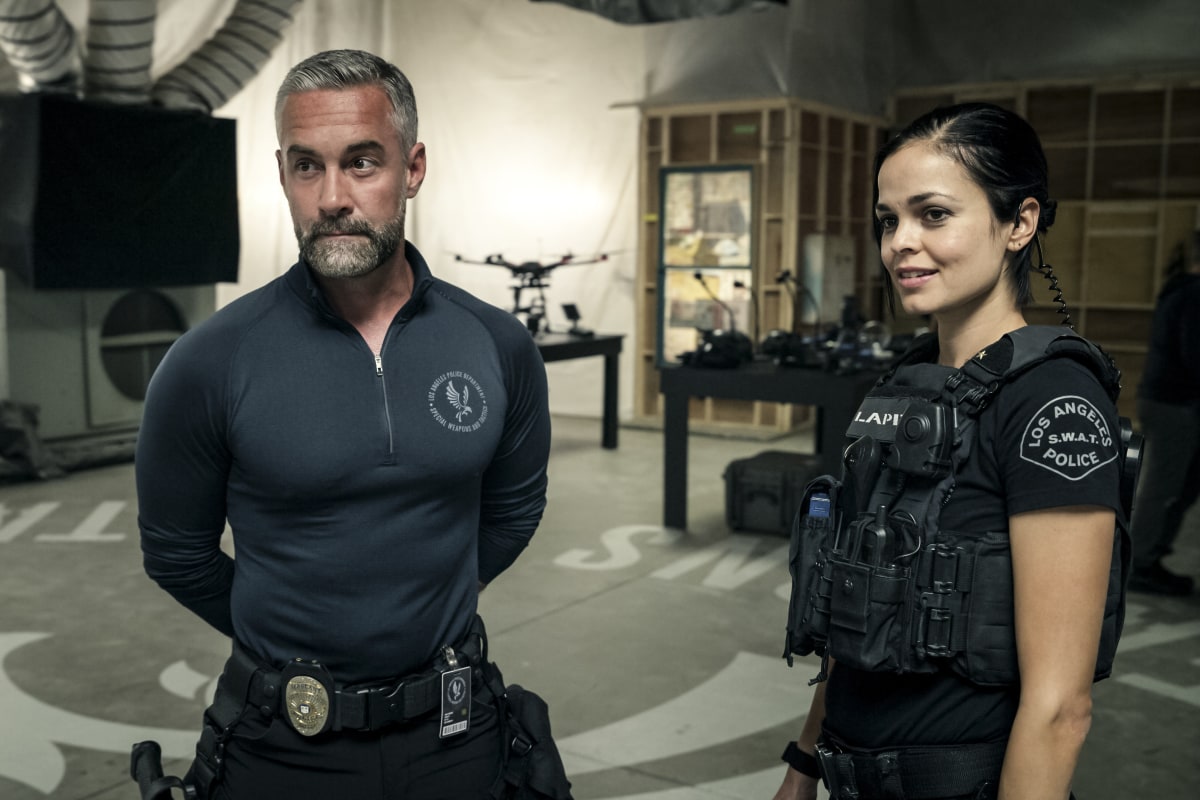 S.W.A.T. Season 4 Episode 3 Photos The Black Hand Man – SWAT S04E03 – “The Black Hand Man” – Hondo is conflicted when Leroy (Michael Beach), his incarcerated childhood friend and Darryl’s (Deshae Frost) father, asks him to speak on his behalf at a parole hearing. Also, SWAT helps the FBI track down a mob informant on the run from the crime family he is meant to testify against, and the team dynamic becomes complicated when Street and Tan sign up for a leadership competition Chris has been training months for, on S.W.A.T., Wednesday, Nov. 18 (10:00-11:00 PM, ET/PT) on the CBS Television Network.