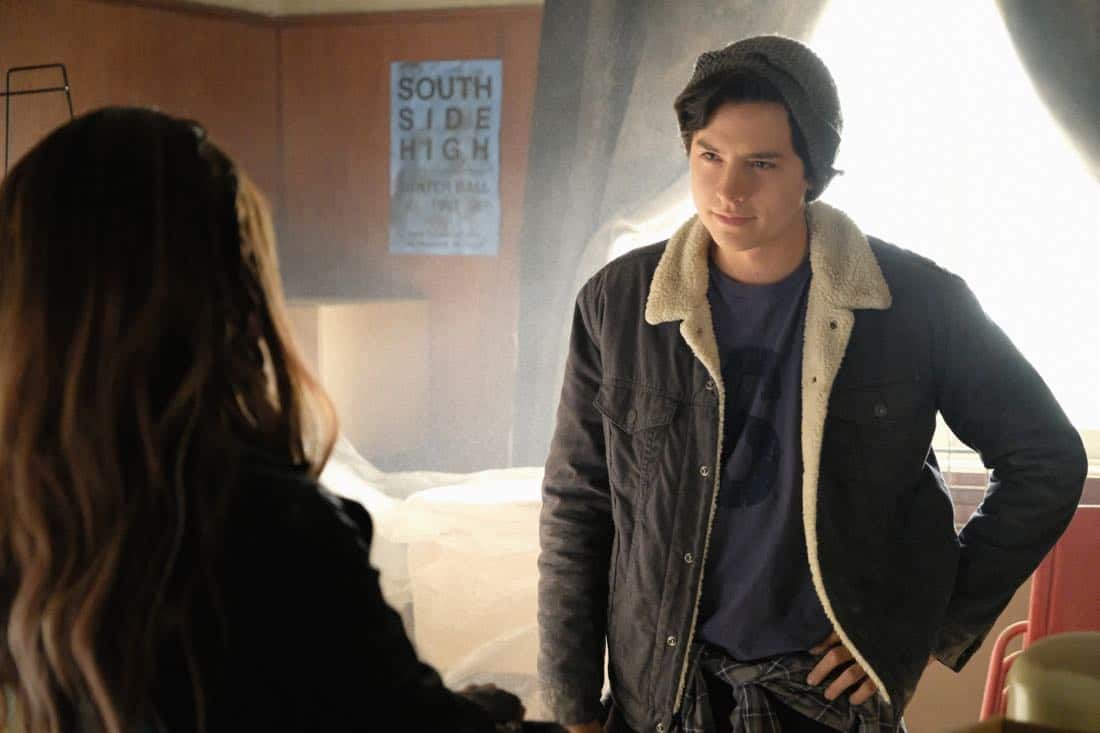 TAKING A STAND — Frustrated by the lack of progress made in catching his father’s shooter, Archie (KJ Apa) takes matters into his own hands in order to send the gunman a message. Meanwhile, Veronica (Camila Mendes) is thrilled when Hiram’s (Mark Consuelos) attempt to start fresh means she gets to introduce him to her friends, including Archie. Elsewhere, Jughead (Cole Sprouse) starts his first day at Southside High and is befriended by a Southside Serpent named Toni (guest star Vanessa Morgan), while Kevin’s (Casey Cott) attempt at having a little fun causes Betty (Lili Reinhart) to grow concerned for his safety. Finally, an unexpected turn of events leads the town to realize their darkest chapter may be far from over. Kevin Sullivan directed the episode written by Ross Maxwell (#203). Original airdate 10/25/2017. RIVERDALE Season 2 Episode 3 Photos Chapter Sixteen: The Watcher in the Woods