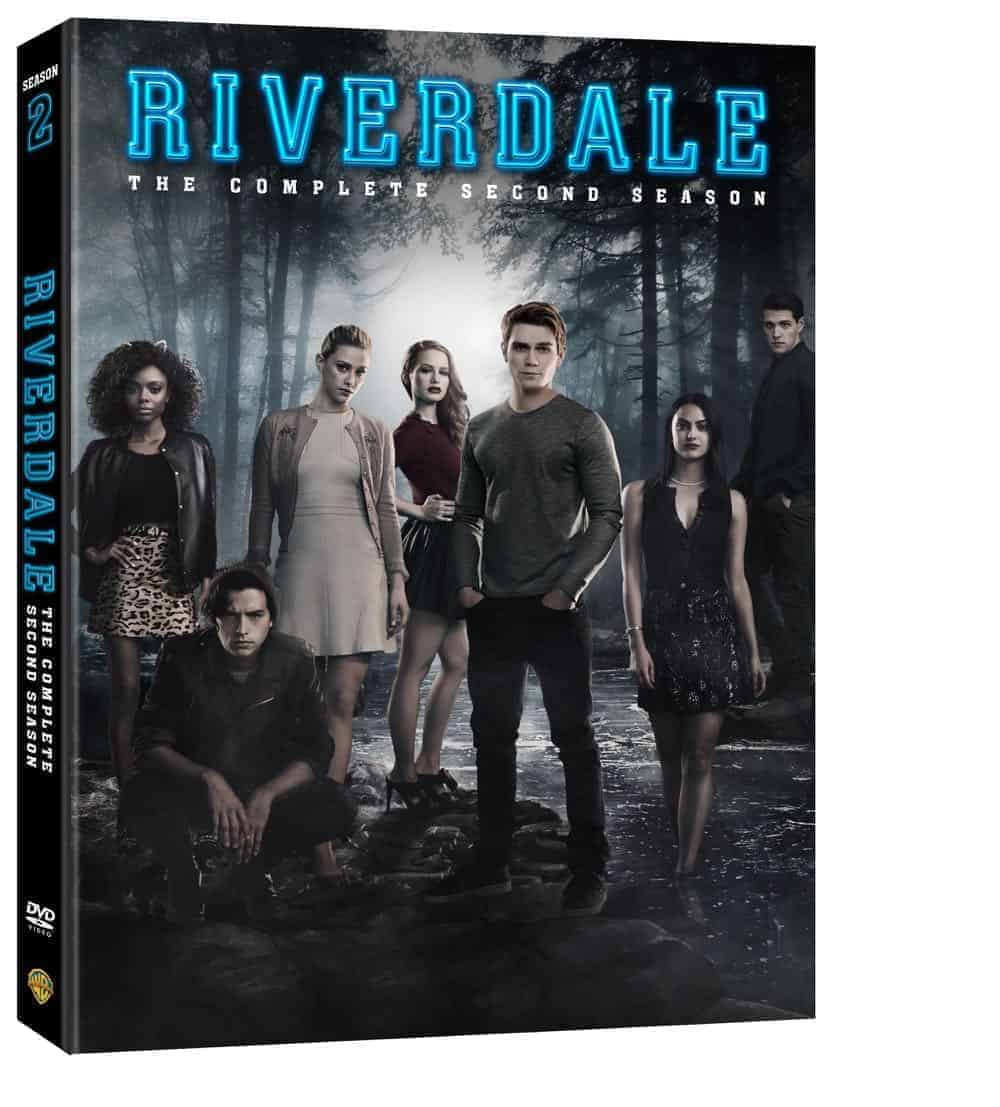 Riverdale: The Complete Second Season will also be available on Blu-rayTM courtesy of Warner Archive Collection. The Blu-rayTM release includes all bonus features on the DVD and is also arriving August 7, 2018. Warner Archive Blu-ray releases are found at wb.com/warnerarchive and your favorite online retailer.

Based on the characters from Archie Comics, Riverdale returns with its subversive take on small-town life. Determined to protect the sanctity of his town in the wake of his father’s shooting by the Black Hood, season two of Riverdale finds Archie (KJ Apa) seeking justice…and vengeance. As a civil war brews between the Northside and the Southside, loyalties are divided. Betty (Lili Reinhart) and Jughead’s (Cole Sprouse) relationship enters fragile territory when Jughead decides to join the Southside Serpents and Betty’s long-lost brother Chic returns. Veronica (Camila Mendes) finds her life upended by her father Hiram’s (Mark Consuelos) arrival and his dark schemes for the town’s future. Everyone will have to pick a side, including Queen Bee Cheryl Blossom (Madelaine Petsch), star-to-be Josie McCoy (Ashleigh Murray), Kevin Keller (Casey Cott), and Reggie Mantle (Charles Melton). Things are never what you’d expect in Riverdale, and that’s especially true as Archie and the gang race to avert a full-on riot and to solve the mystery of the Black Hood.

“With a phenomenal 60% average viewership growth from last season, Riverdale continues to build its passionate fan base in its second season,” said Rosemary Markson, WBHE Senior Vice President, Television Marketing. “We’re thrilled to release Riverdale: The Complete Second Season on DVD so both new and returning fans can relive all of their favorite episodes and enjoy new behind-the-scenes extras.”

DIGITAL
The second season of Riverdale is also currently available to own on Digital. Digital allows consumers to instantly stream and download all episodes to watch anywhere and anytime on their favorite devices. Digital is available from various retailers including Amazon Video, iTunes, PlayStation, Vudu, Xbox and others.